Agatha Christie’s ‘The Mousetrap’ will debut on Broadway in 2023 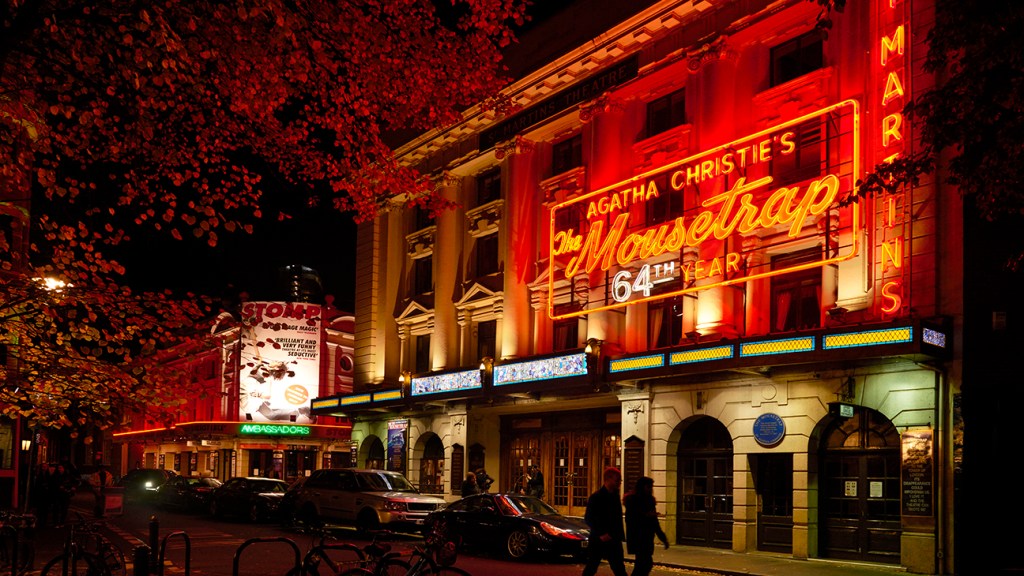 Agatha Christies The mousetrapthe longest-running play in the world is headed to Broadway.

In an announcement Friday to mark the show’s 70th anniversary, producers Adam Spiegel and Kevin McCollum revealed plans for a limited run of the murder mystery, sometime in 2023. The show originally premiered at Nottingham’s Theater Royal in October 1952 after Christie wrote it, under the name Three blind miceas a short BBC radio play commissioned by Queen Mary and broadcast in 1947.

In a statement, Spiegel celebrated “today’s milestone” and “The mousetrap‘s illustrious run’ across the pond. “After the longest out-of-town tryout in history, I feel, The mousetrap is finally ready to transition to Broadway,” the producer said in a statement.

The play revolves around the guests and staff of Monkswell Manor, stranded in a blizzard following the murder of a local woman. When it becomes clear that the killer is among them, the seven strangers – newlyweds, a spinster, an architect, a retired army major, a lawyer and a strange man whose car has overturned on the drift – begin to grow suspicious of each other. In the end, the group not only faces an interrogation by a newly arrived police detective, but also a second murder.

The radio play, inspired by a true story of two brothers who were abused in foster homes – one of whom died as a result – was adapted by the famed mystery writer into a short story first published in 1948 for Cosmopolitan magazine. It has remained unpublished in the UK at the insistence of the author, who wished it not to clash with the show while it ran.

“I am thrilled that Agatha Christie’s beloved murder mystery that changed popular theater and has been a landmark for American visitors to London’s West End for the past 70 years is now coming to Broadway,” McCollum said in a statement.

The production will be a “loving recreation of Anthony Holland’s design,” according to the show’s website, with the unique backstage wind machine bearing the original producer’s name shipped across the Atlantic. In addition, the only surviving piece of the original set – the mantelpiece clock – will be on loan from the London production.

The mousetrap will announce the New York cast at a later date, along with location, opening date and creative team.

After a pre-West End tour, the original Ambassadors Theater production opened in November 1952 under the direction of Peter Cotes. The mousetrap would move in 1974 to its current home next door at St. Martin’s Theater. Then-married actors Richard Attenborough and Sheila Sim, among the production’s biggest names, would go on to spawn two of the West End show’s leading roles: Detective Sergeant Trotter and one half respectively of Monkswell Manor boarding house owners, Mollie Ralston.

It has been described as the longest known play in history, with more than 28,000 performances, according to the production. In 2012, for the show’s 60th anniversary, The protector reported that over 400 actors had appeared in the cast since opening.