‘Aum: The Cult at the End of the World’ review: Doc on Japanese Doomsday Cult only skims the surface 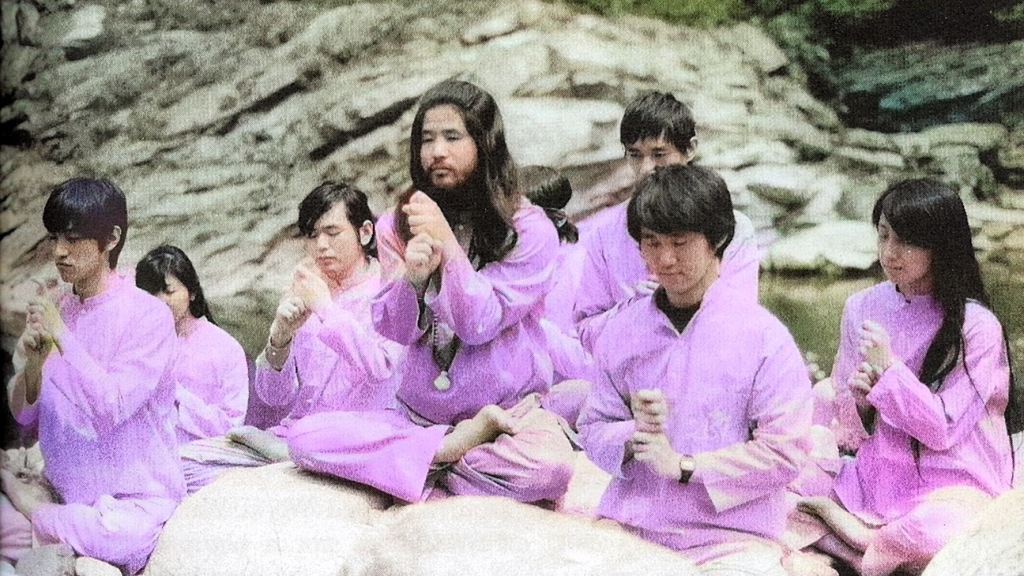 A generally riveting story with obvious contemporary and global resonances gets an sadly dry and superficial retelling in Ben Braun and Chiaki Yanagimoto’s Aum: The sect at the end of the worldpremiered at the Sundance Film Festival.

The cult at the end of the world still offers interesting details, especially at a time when every other television documentary or docuseries seems to be cult-oriented. But especially in his home setting, I felt like the film was overrun with hastily defended conclusions and poor choices involving at least one major interview topic.

Aum: The sect at the end of the world

The movie begins, in media reswith the March 20, 1995 sarin attack on the Tokyo subway, a horrific event that killed 13 people, poisoned thousands, and – if you listen to several interviewees and don’t need a confirmatory analysis – marked the conclusion of the Japanese economic revival of the 1980s and 1990s.

The attack was the latest escalation for Aum Shinrikyo, which began as a gurus-driven yoga practice built around Shoko Asahara, became an internationally growing religious and political organization, then turned into a doomsday cult that violently attacked any opposition.

This all played out in the public eye, with Aum Shinrikyo producing commercials and promotional anime, with Asahara appearing on some of the biggest talk shows in the country, with a general visibility that gives Braun and Yanagimoto ample documentation.

Using the book of the same name by David E. Kaplan and Andrew Marshall as source material, and relying on Kaplan and Marshall for a comprehensive exposé, the documentary approaches the history of Aum Shinrikyo and how it ties into Japan’s history of government interactions. with religious groups. The point well made is that Aum Shinrikyo was operating in plain sight and any concern or even skepticism from law enforcement agencies could have probably saved many lives. But since the documentary’s sources related to Japanese law enforcement or other bureaucratic matters are non-existent, even the evidence for such an obvious thing is inconclusive. When several people put the blame on those forces at the end of the documentary, my only response was, “That may be true, but it’s not really the story you could tell.”

Elsewhere, aside from Kaplan, Marshall, and Japanese journalist Shoko Egawa, the documentary’s source has been used fairly but infrequently. There are those who have close ties to Tsutsumi Sakamoto, an anti-cult lawyer whose disappearance was attributed to Aum, as well as several relatives who initially mobilized against Asahara with Sakamoto and faced their own assassination attempts. There’s an interview with Yoshiyuki Kouno, the innocent civilian blamed for a pre-subway sarin attack as part of a sloppy investigation that comes closest to the documentary’s point about institutional failures.

But then there are big holes. The depiction of the subway attack itself, still quite gripping thanks to broadcast footage and surveillance and newsreel footage, is hampered by a total lack of first-person accounts from that day forward. The way Aum Shinrikyo was able to expand into Russia after the fall of the Soviet Union – source of the cult’s munitions and possibly the sarin itself – is perhaps the most fascinating and least enlightened aspect of the whole documentary. The sourcing within Aum itself is also frustratingly weak, with one or two cult members showing up early to provide basic information and then disappearing.

The documentary’s biggest “gain” is also its biggest problem. Fumihiro Joyu was one of Asahara’s top lieutenants and served as an Aum spokesman of sorts in the aftermath of the attack. He describes himself as one of the most hated men in Japan, but it’s amazing how gentle the filmmakers seem to be towards him and, as a result, how totally devoid of candor or introspection he turns out to be. He need not even be in denial or delusion about his role in the various tragedies, as there is no indication that he has been asked about his role in any of them. I’d like to point out how the directors of HBO’s recent docuseries about the Iran hostage crisis handled their interviews with members of the student hostage group for a much better example of how to get at least wary honesty from people who don’t see themselves as villains . . Given how little content Joyu offers here, the directors would have been better off just not bothering.

The big bullet points at the end don’t really work either. You don’t have to see much media coverage of Aum Shinrikyo and Asahara to understand how a cult of personality centered around a charismatic leader who was treated as a curiosity by the media long past the point where he had become dangerous – at which point he tried to outwit the media. delegitimizing and attempting a government takeover – could evoke comparisons to QAnon, January 6 and the like. The way that connection is made here boils down to Marshall’s solitary comparison to “how polarized politics are in the US and in the UK”. .

The rise of Aum Shinrikyo and of Asahara, whose biographical details are presented by Joyu with a confusing lack of consistency, is a nightmare and a globally relevant cautionary tale. It probably deserves a better recount than Aum: The sect at the end of the world.

Torched Tennessee mansion goes on sale for $1.5 million – with a VERY fair offer