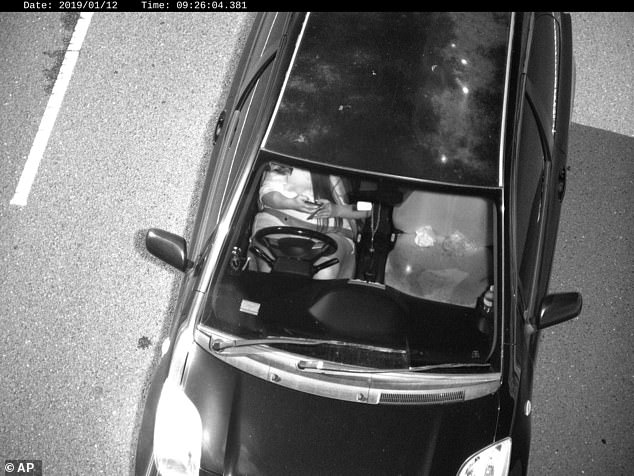 Australian motorists in one state are fined $752,000 per day for camera-recorded traffic violations, such as speeding and phone use.

The devastating figure comes from the latest Transport and Main Roads annual report for Queensland.

It found that residents paid $274.5 million in fines in the previous fiscal year under the state’s Camera Detected Offense Program.

Queensland drivers caught by cameras speeding, using their phones, driving through red lights or not wearing seat belts paid $274.5 million in fines in the past fiscal year (stock image)

The program includes cameras used to check whether drivers are speeding, using cell phones, driving through a red light, or not wearing a seat belt.

The report revealed a 36 percent increase in violations compared to the previous fiscal year, with drivers paying $70 million more in fines.

That figure is likely due to the fact that the Camera Detected Offense program was expanded last December to include drivers who use their cellphones or don’t wear their seat belts.

As many as 580,470 fines were handed out to motorists caught using their mobile phones.

However, the report explained that the number of cell phone violations detected on cameras had decreased from December to July. 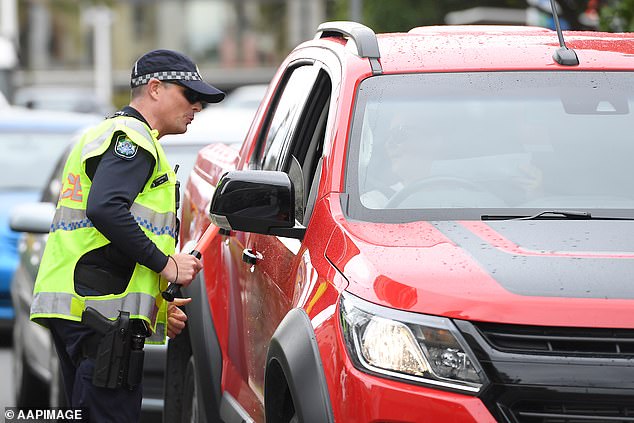 Traffic violations in Queensland are up 36 percent, with drivers paying $70 million more in fines compared to the previous fiscal year (pictured, a police checkpoint in Queensland’s Gold Coast)

Revenues collected by the state government from traffic violations go back to road safety campaigns, education programs and improvement of parts of the road where most accidents occur.

Part of the money has been to create new rest areas and upgrade the Warrego, Landsborough and Bruce Highways.

Queensland currently has the country’s strictest traffic regulations and the highest penalties for violations.