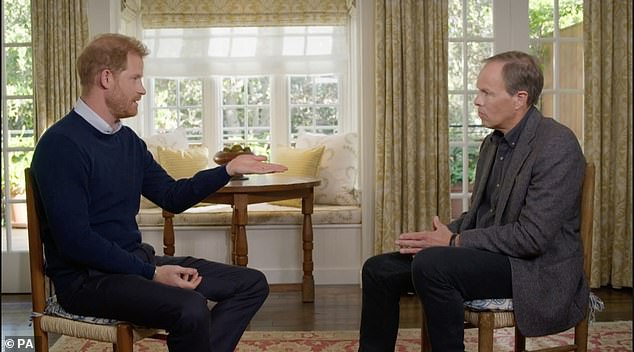 By Paul Revoir, media editor for The Daily Mail and Rory Tingle for Mailonline

Prince Harry’s highly anticipated ITV interview was beaten in the ratings by Happy Valley, with the BBC1 drama drawing around a million more viewers, it has been revealed

The Duke of Sussex’s conversation with Tom Bradby took on the hit drama series last night at 9pm, in which Sarah Lancashire plays the role of a police sergeant in West Yorkshire.

But despite the hype over the Prince’s autobiography, the ITV show reportedly attracted 4.1 million viewers, while Happy Valley was more than a million ahead with almost 5.3 million.

The figures for the Duke’s interview, revealed by one of the BBC’s entertainment journalists, are much lower than the number of people who tuned in to Meghan and Harry’s interview with Oprah Winfrey, which aired on ITV in 2021. interview had raised more than 10 million.

The Duke of Sussex, 38, sat down with his friend Tom Bradby on ITV to hurl another series of barbs at the royal family – with over four million viewers tuning in 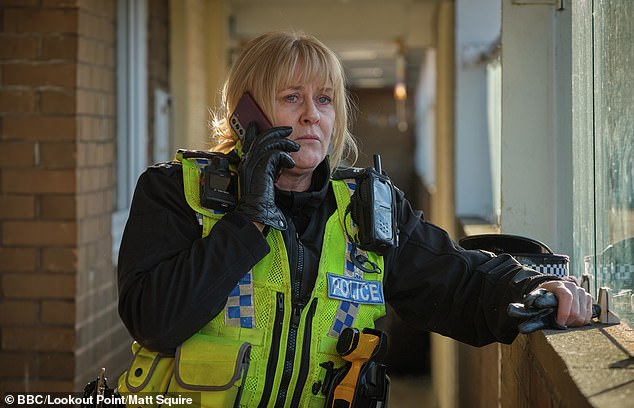 The numbers suggest that viewers’ hunger to hear just Harry’s side of the story is waning after he and Meghan have already released a six-part documentary about their lives on Netflix.

That series turned out to be a hit for the streaming service with almost 2.5 million people watching the first episode on the day of its launch. In that series, as in last night’s interview, he targeted other members of the royal family and the press.

Viewers reacted to the ratings for the Bradby interview on Twitter, with one writing, “Watched the interview for about 15 minutes – couldn’t take it anymore, the voiceover of him narrating the book was just too much. “

A second tweeted, “For me the main difference between Happy Valley and the Harry Interview is that you had to watch Happy Valley to know what was going on. I’m still inundated with the details of Harry’s Interview. You don’t have to look at it for a second.’

A third added, “Happy Valley is a drama about a group of people where we see their stories play out, the other is just a story from one person’s perspective.”

The Bradby sit-down was the first of four primetime interviews he’ll be giving to plug his memoir Spare – which was officially published today, days after it went up for sale prematurely in Spain.

The 38-year-old again aimed a flamethrower at his family, accusing them of being “accomplices” to the “pain and suffering” inflicted on his wife and even likened them to “abusers”.

He suggested they helped to “destroy” his and Meghan’s reputations, forced them to move to California, and “showed no willingness to reconcile.”

In a 90-minute discussion, the sometimes techie royal accused his family of “sleeping with the devil,” and while admitting they weren’t racist, they claimed they were guilty of “unconscious bias.”

In a later interview with CBS’s Anderson Cooper last night in the US, Harry had harsh words for Camilla, accusing him of being a “bad guy” who needed to “repair her image.”

He added that she was “dangerous” and leaked stories to the media in an attempt to get the crown. 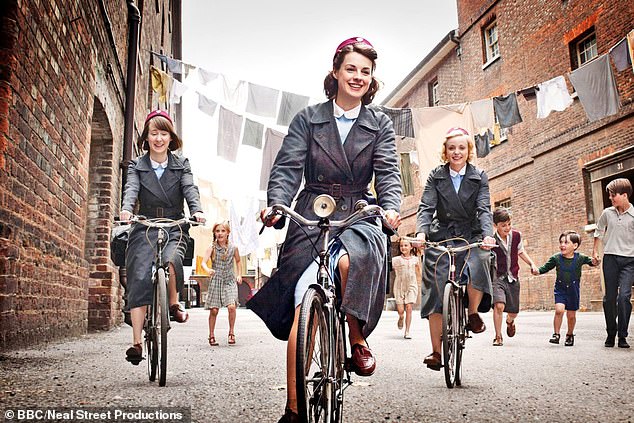