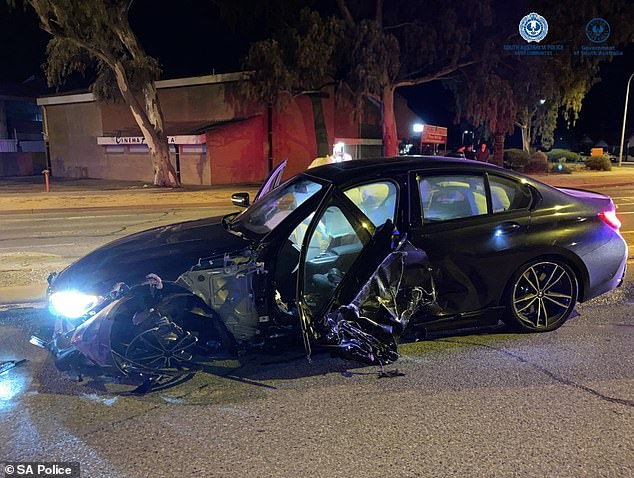 Driver totals his $100,000 BMW after reportedly hitting 114 mph to evade police — before road spikes brought the chase to a halt

A BMW driver has wrecked his $100,000 car after reportedly reaching speeds in excess of 110 mph as he attempted to flee police, before road spikes forced him to a halt.

The Western Australian driver is said to have clocked 183 km/h in a 110 km/h zone in his BMW 3 Series on the Augusta Highway in Nelshaby, South Australia, at 12.15 pm on Wednesday.

Police allege the 38-year-old driver then drove north for 50 miles (80 km) before crashing in Port Augusta, at the intersection of Victoria and Carlton Parades.

Police had tracked the car on the Augusta Highway with the help of witnesses, but gave chase.

Officers instead built rows of road spikes in Port Augusta to stop the BMW driver, but even with ruptured tires he would persevere.

The Western Australian driver is said to have clocked 183 km/h at 12.15 on Wednesday in a 110 km/h zone on the Augusta Highway in Nelshaby, South Australia (pictured, the damaged BMW) 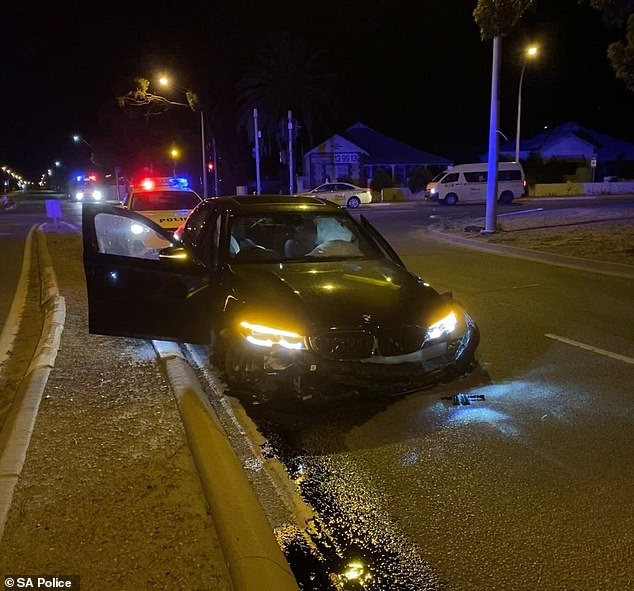 Authorities tracked the car on Augusta Highway, with the help of witnesses, and did not chase the vehicle (pictured)

The driver’s flat tires eventually caused him to lose control of the BMW where he crashed into the curb and a fixed red light camera at an intersection in Port August.

Officers found the vehicle in a heap with no driver inside before witnesses helped police locate the man, unharmed, a short distance away.

The man was arrested and charged with speeding, careless driving, dangerous driving to escape pursuit, driving without a license and misdemeanor.

He was denied bail and appeared before Port Augusta Magistrates Court on Wednesday. 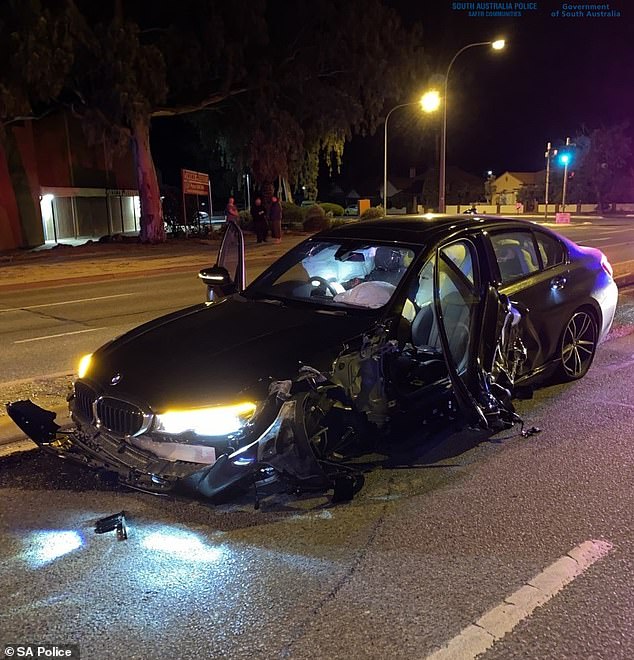