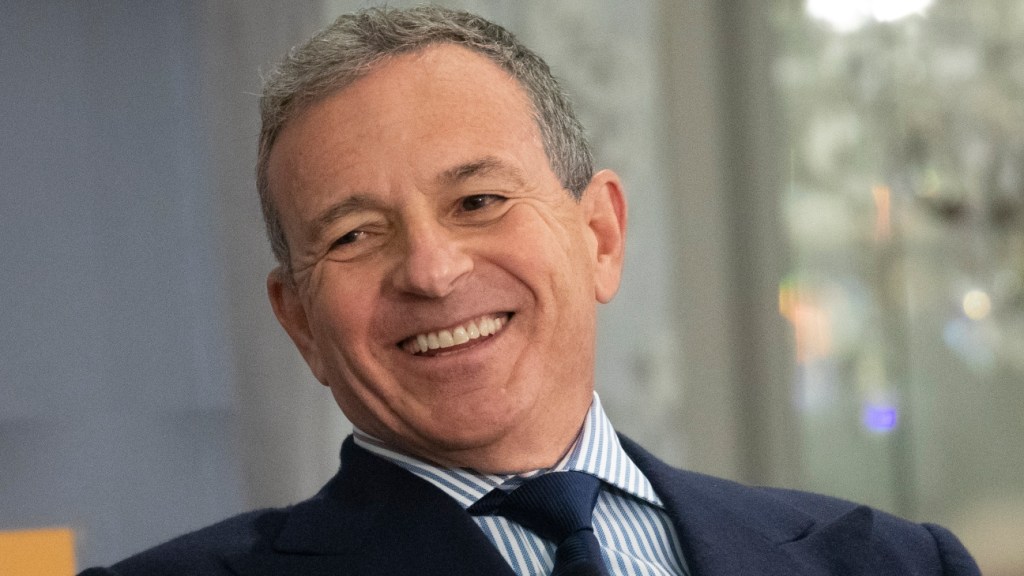 While top executives Dana Walden and Craig Erwich expected to spend their Sunday night enjoying the AMAs followed by Elton John’s farewell concert at Dodger Stadium, the stunning news that Bob Iger was returning as CEO of Disney as Bob Chapek was blasted through Hollywood like a lightning bolt (both Walden and Erwich significantly disappeared from the AMAs just before a company-wide email went to Disney employees). According to insiders, few, even at the highest levels, knew the announcement was coming.

It was an ultimate triumph for Iger, though of course he inherits the same pesky problems that plague all old media companies as their old sources of revenue dwindle and the shift to streaming continues to be a money-loser as he does less and less to please Wall Street.

An industry source says Disney’s board has been divided in recent months over Chapek staying on. His performance on the most recent earnings call earlier this month was the deciding factor, according to this report.

Sources believe the deal to bring Iger back came together quickly – within the past week. While many questions remain, it seems certain that Iger will undo the reorganization Chapek introduced, which effectively shifted power from Iger’s creative executive team to Chapek’s trusted lieutenant, Kareem Daniel. Board Chair Susan Arnold noted in a statement that Iger is “greatly admired by Disney employees around the world… which will allow for a seamless leadership transition.”

The Hollywood Reporter has reached out to both Iger and Chapek for comment.

It’s fair to say that Chapek never won that widespread admiration. Although a longtime Disney executive, he was not well known to the wider entertainment community. Early missteps — including a messy public dispute with Scarlett Johansson over compensation and a public refusal to denounce Florida’s “don’t say gay” law that was quickly reversed after a staff protest — failed to inspire confidence. While Iger did not publicly comment on Chapek, he did make some of his views known, such as when he tweeted his own opposition to the Florida law while Chapek was still trying to take a stand.

In the past quarter, Disney missed analysts’ expectations for revenue by more than $1 billion, as well as earnings per share (EPS). The company also announced significantly larger-than-expected losses of $1.5 billion in its direct-to-consumer business, more than double its losses from the previous year. Chapek and CFO Christine McCarthy (a holdover from Iger) told analysts they expected the segment to become profitable starting in fiscal 2024.

While Disney+ continued to add subscribers at a dizzying rate, above Wall Street’s forecasts, its average revenue per user (ARPU) continued to decline as consumers bought the less lucrative bundled options.

And while Disney’s parks and consumer products businesses remain strong — Chapek said the park business had its best year ever — the extent to which those profits were driven by price increases and upsells like Genie+ has alienated some fans and alarmed some analysts who fear the company would could make its parks less accessible to middle-class families, which could hurt the company down the line.

Even before Iger left the building at the end of December 2021, it was clear that he was disappointed with Chapek’s choice to take over as CEO. But in June, the board extended Chapek’s deal. It was a qualified endorsement, however, as he was extended for two years, but was not given a new three-year contract.

In his last formal appearance before Disney executives and top executives, Iger delivered a rousing speech about the importance of creativity, which many within the company interpreted as a blow to Chapek. “In a world and business that is awash with data, it is tempting to use data to answer all of our questions, including creative ones,” he said. “I urge you not to.” If Disney had relied too much on data, he noted, the company might never have made big, groundbreaking movies like this Black Panther, Coco and Shang-Chi and the Legend of the Ten Rings.

Chapek’s last email to all employees on Nov. 11 addressed the creation of a “cost structure task force” consisting of himself, McCarthy, and General Counsel Horacio Gutierrez, which would “make the critical big-picture decisions necessary to achieve our objectives.” achieve,” including potential layoffs and a “rigorous review” of the company’s content releases. It is not yet clear what will happen to those plans.

In an interview onstage at New York’s Paley Center for Media on Nov. 9, in what would be his last public appearance as CEO, Chapek opened up about balancing respect for the past with a desire to find the future. “If we stick rigidly to that old model, we know what’s going to happen, right? You’re dying out,” Chapek said. “And so our challenge within Disney is always to try to respect the past, to keep as much of the past as possible. But if the consumer tells you it’s time to move on to something new and fresh, you have to follow that signal.” -additional reporting by Lacey Rose

What to watch on Monday: The finale of ‘The Vow’ airs on HBO