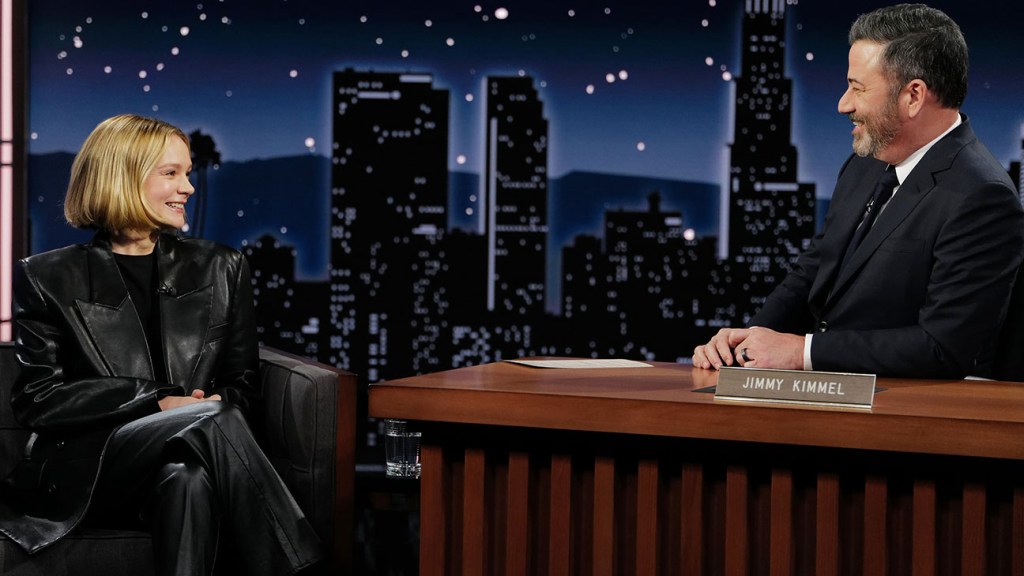 Steven Spielberg, one of Hollywood’s best-known filmmakers and producers, has had a busy year with the release of Jurassic World: Dominion and The Fablesbut making his debut as a music video director probably wasn’t in the plans initially.

During a Monday interview on Jimmy KimmelLive!, actress Carey Mulligan explained how her husband, Marcus Mumford, and Spielberg teamed up to make the music video for his song “Cannibal.” As it turned out, the lead singer of Mumford & Sons needed help with the song’s video before his solo album came out Self-proclaimed.

Earlier this year, Mulligan worked on Master with Bradley Cooper at the time, while Spielberg’s executive produced the film. The actress said she previously learned that Spielberg’s wife, Kate Capshaw, is a fan of Mumford & Sons and sent her Mumford’s latest album.

“Not long after that, we got a video of Steven and Kate dancing in their kitchen to one of the songs,” says Mulligan. “And it was so beautiful and they were so supportive and so sweet.”

Months later, the Great Gatsby actress told Kimmel she was on set, in a makeup van, when her husband — frantic about making the music video — called with an interesting idea.

“He says, ‘We really need a video, and I just had this idea, and would it be crazy if…would it be really rude if we asked Steven?’ And I thought, ‘Steven – sorry, sorry, Steven Spielberg?’” explains Mulligan.

She finally asked the filmmaker in July, who agreed to direct the video, saying, “She [Mumford and Spielberg] got on the phone and the next day they were scouting locations.

During the interview, Kimmel held up a photo of Spielberg making the video with Mumford. The director can be seen holding an iPhone while sitting on a rolling office chair filming the singer.

“The message is, if you have a crazy thought, say it…. Keep it up,” the late-night talk show host replied.

Check out Mumford’s music video for “Cannibal” below.