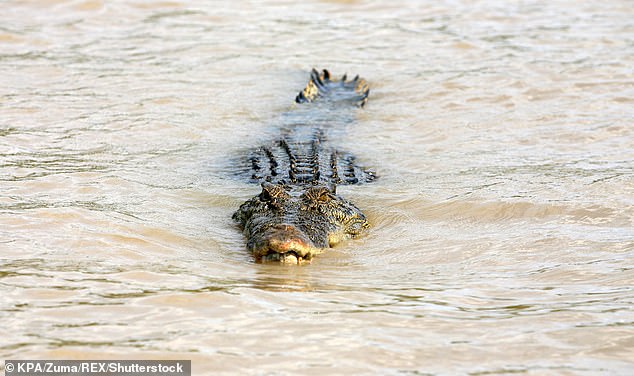 Crocodile attack: Man is rushed to hospital for emergency surgery after being bitten on the leg while collecting eggs

A crocodile egg collector has been rushed to hospital after being bitten by one of the animals in a remote river in the Northern Territory.

The man suffered serious injuries on Thursday after the reptile clamped onto his leg at a station along the Daly River, south of Darwin.

He managed to free himself and was flown from the area to civilization by private helicopter, where he was then transported by St. John Ambulance to the Royal Darwin Hospital.

The injuries are not life-threatening and the man is undergoing surgery at hospital, the Northern Territory Police confirmed in a statement.

It is clear that he was employed by an operator who harvests crocodile eggs and NT WorkSafe is investigating the incident.

The licensed harvesters are usually lowered on lines from helicopters to pick the eggs from the piles of mulch on riverbanks that the creatures use as nests.

They are then transported to crocodile farms where they are raised.

Although crocodile attacks are rare, according to the NT government’s Crocwise campaign, the risk is greater from the breeding season between September and May or if the animal feels they or their nests are under threat.

“You should always be aware of the risk of a saltwater crocodile attack in all Top End waterways,” the website states.

In March last year, a 22-year-old man in Nhulunbuy, in Arnhem Land east of Darwin, survived after being attacked by a crocodile while spearfishing.

And last week, a huge 12-foot crocodile was caught by NT Parks and Wildlife Rangers in a crocodile trap near a popular swimming hole in Litchfield. 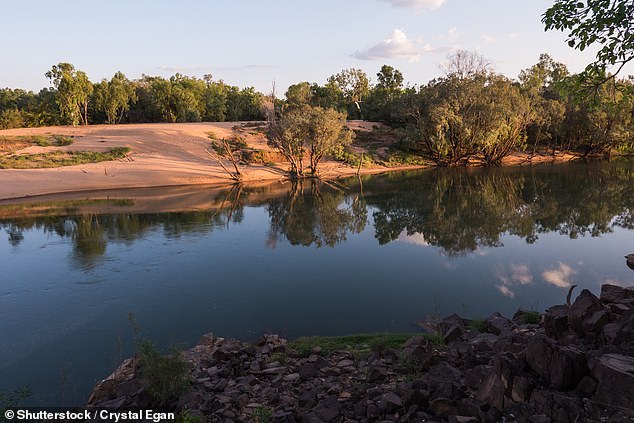