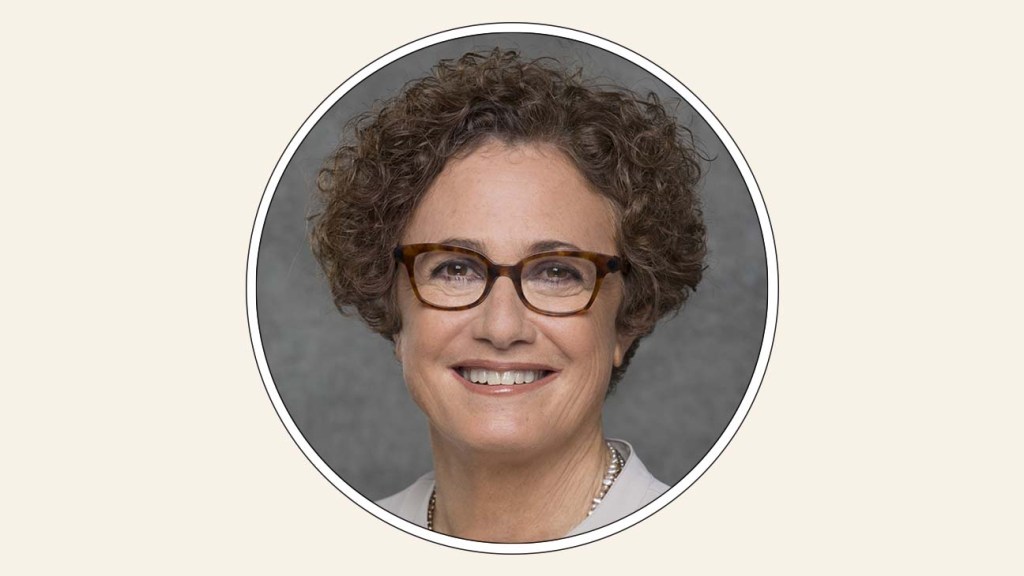 Deborah Barak, a prominent and longtime CBS businessman who oversaw and helped shape deals for award shows such as the Grammys, TV series Survivor and the CBS All Access platform, has passed away. She turned 65.

Barak died Saturday at her home in Studio City while surrounded by family and friends, a CBS representative said The Hollywood Reporter. The former executive, whose work spanned CBS Entertainment, CBS Television Studios, and CBS News, had cancer. In an email to staff on Saturday night, Amy Reisenbach, president of CBS Entertainment, shared the news of Barak’s death, expressing that the former head of CBS’ business affairs was not only “sheer class, intelligence, and goodness,” but “the reason I love CBS so much.

“I know that not everyone on this email knew her well or maybe not at all, but those who did know that she was truly an amazing human being. She was an incredible and devoted mother and grandmother. And she was a dear friend to so many,” Reisenbach said in the email. “Her brilliance as a business affairs manager was unparalleled. Debby made a hard deal, but was always honest and compassionate. She was also a mentor to dozens at CBS, including me.

“She was the person everyone turned to for advice and guidance, both professionally and personally. You always left her office a little smarter and emotionally stronger,” he added. “There was no one more universally loved, admired and respected at CBS and throughout our company.”

Nina Tasler, former president of CBS Entertainment, and current partner and co-founder of PATMA Productions added that Barak was someone who was “respected and admired across the media spectrum” because he was “wise, tough, and fair to all” and “the everyone with grace and dignity.”

“Her business acumen and refined negotiating skills were matched by her humanity and decency. Working together for over 20 years has been one of the most rewarding experiences of my life. Her refined intellect along with a deep appreciation for artists set Debby apart as world class; few possessed her myriad unique talents,” she continued. “Modest and busy-shy, she was loved by her staff and creative executives across the company and the industry at large.”

Barak joined CBS in 1985 as a broadcast consultant for the network’s west coast legal department. During her nearly four decades with the company — which ended in early 2020 after five years as president, business operations, CBS Entertainment, CBS Television Studios, and CBS News — she held numerous roles that built significant corporate infrastructure around talent and producer deals, as well as licensing deals. for programs. She also developed new business models that reshaped CBS’s late night, reality programming and more.

Barak, who represented CBS on the board that oversaw The CW, handled many of the network’s high-profile TV license renewals, including The Late Show with David Letterman, The big bang theory and Two and a half Menas well as longer-term franchise renewals such as The Grammys, the Country Music Awards, and the Kennedy Center Honors.

In particular, she was responsible for drafting the original Survivor cast contract, which not only served the now-decade-long show, but also became a template for reality talent deals. Late in the evening, she helped the studio pivot from leased to full programming, negotiating both talent and production deals for Stephen Colbert and James Corden, the first late night series produced by CBS Television Studios. She was also responsible for introducing CBS primetime program ownership.

As TV made its way into the streaming era, she would help expand into CBS All Access, along with developing the business template for the original CBS summer series model, which brought an in-season SVOD window and reduced network licensing costs . She was also responsible for laying the foundation CBS All Access’ licensing structure of the original series, which influenced shows like Star Trek: Discovery.

One of her final moves as CBS executive before her 2020 departure was to negotiate CBS’ purchase of a stake in Kapital Entertainment, along with a distribution and co-production deal with Imagine Entertainment.

Prior to becoming President of Business Operations, Barak served as CBS’ EVP, business operations, CBS Network Television Entertainment Group for five years beginning in 2010. Prior to that, she also held the titles of evp, business affairs, CBS Network Television Entertainment Group, svp, business affairs, CBS Entertainment; and please, business planning and special projects. Ahead of her time in the studio, was an associate at O’Melveny & Myers. Barak graduated from UCLA and received a law degree from Loyola Law School in Los Angeles.

She is survived by her mother, Beverly, as well as sister Sherri Cunningham and husband Paul; her son Jonathan and his wife Hannah; her two daughters Sarah Buchsbaum and her husband Aaron, as well as Hannah Milgrom and partner Paul Brumfield; and four beloved grandchildren.