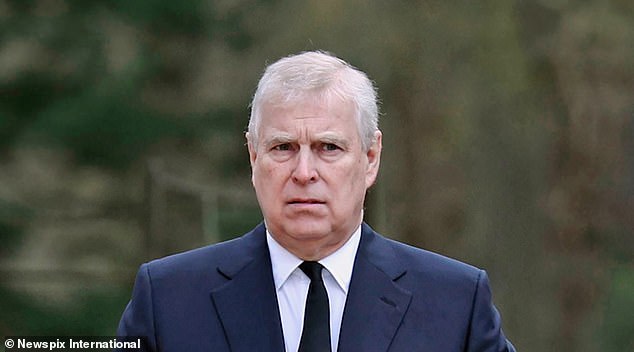 By Ephraim Hardcastle for the Daily Mail

When will Prince Andrew fulfill his promise to get involved with charities that help victims of human trafficking and sexual abuse?

As part of his £12 million settlement with Virginia Giuffre in February, he pledged to do so.

His previous major charitable effort was featured in a carefully curated photo session where he and ex-wife Sarah wrapped gift bags for hospice workers affected by the pandemic in 2020.

Has he now taken a small first step towards salvation? He has sent surplus fruit and vegetables from his Royal Lodge gardens in Windsor to a local food bank.

As the first Hindu prime minister, Rishi must take on another unique task: the appointment of a bishop of the Church of England, a practice prohibited by an 1829 law from any Roman Catholic resident of No. 10. Not all pastors of Sunak were Christians. David Lloyd George lost his faith in his youth, Neville Chamberlain called himself a “reverent agnostic,” Clement Attlee said he was “incapable” of religious thought, and Jim Callaghan became an atheist in his twenties. They all managed to appoint bishops without fuss. Fortunately for Rishi, a rule change means only one name will be forwarded for stamping before the Prime Minister sends it to King Charles for approval. 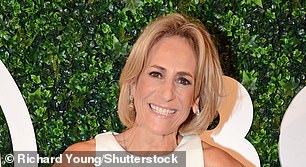 Punished by Emily Maitlis, pictured, for attending the World Cup in Qatar, Piers Morgan asks her if she’s been to the Middle East. ‘I haven’t been for a while,’ she stammered,’ Piers writes in The Spectator. “I later texted her a photo she posted on Instagram of her riding a camel past the pyramids in Egypt. It was dated March 31 of this year.’

Die-hard Scotland fan Rod Stewart couldn’t bring himself to praise England’s 6-2 win over Iran as he discussed the World Cup on stage at the O2 – instead he hailed Wales’ 1-1 draw with the US. “Haven’t the Welsh done well?” he rasped, adding that England didn’t play a proper team. But he does confess: ‘It’s just because we Scots are involuntarily jealous.’

Royal Court artistic director Vicky Featherstone declares a three-year partnership with TV company Sister, creators of Chernobyl. There is no mention in the announcement that Sister is run by Jane Featherstone, who happens to be her sister in real life. Some sister act!

Richard Caring obtained permission from Westminster Council for Athenian virgin caryatids on the facade of his new restaurant Bacchanalia. But seedy satyrs have caused the smell of salt among sophisticated residents of posh Mount Street. Should Richard ask Damien Hirst, who helped design the £30 million eatery, to replace them? Sheep in formaldehyde, anyone?

Watching Connor Swindell as Sir David Stirling in SAS Rogue Heroes brings back memories of poet Roger McGough who, as president of Chelsea Arts Club, considered the SAS founder’s application for membership. “He had been involved in some dubious mercenary projects after the war,” says Roger. “The club was almost 50-50 but his application was rejected.” Who dare not win?