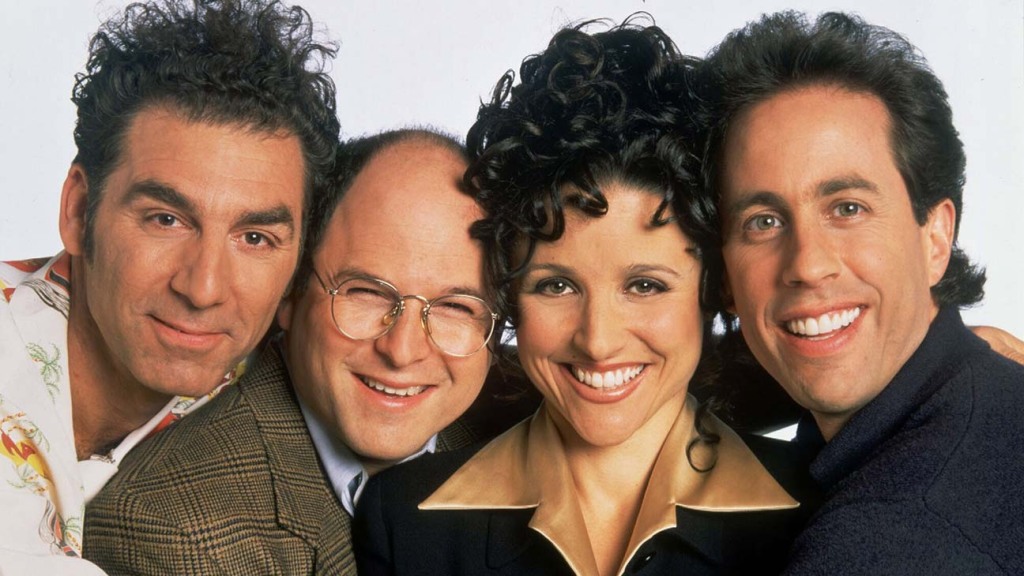 If you purchase an independently reviewed product or service through a link on our website, The Hollywood Reporter may receive an affiliate commission.

Between all the laughter and jokes of Seinfeldthere is food.

Grub was central to many of Seinfeld’s most memorable moments during the show’s nine seasons. And from tomorrow fans of Seinfeld can now bring the hit ’90s sitcom to the comfort of their own kitchen with the release of Seinfeld: The Official Cookbook.

Written by authors Julie Tremaine and Brendan Kirby, the book contains over 60 recipes for every type Seinfeld fan, from seasoned chefs to newcomers to the kitchen. From favorite recipes in Jerry Seinfeld’s kitchen to eating in Monk’s cafe, the 160-page cookbook features George Costanza’s usual tuna on toast, a chocolate peppermint milkshake, Rusty’s beefarino and more, along with Seinfeld-inspired reflections on the black and white biscuit, the Big Salad, shrimp cocktail etiquette, lobster revenge omelets, babka varieties, and other dishes.

Seinfeld ran for nine seasons on NBC from 1989 to 1998, starring Jerry Seinfeld as a fictionalized version of himself. The show focused on his life as a stand-up comedian in New York and also featured Julia Louis-Dreyfus as his ex-girlfriend Elaine Benes, Jason Alexander as George, and Michael Richards as eccentric neighbor Cosmo Kramer.

If you want to try it before you buy, check out two exclusive recipe samples – “George’s Usual: Tuna on Toast” and “Milkshake From Above” from the book below, and buy the book (which makes a great Christmas gift for TV lovers) from October 11 on Amazon here.

If you’re anything like George, we’re sorry. But more importantly, nothing ever worked out ordering tuna on toast. Greet the self-proclaimed “Costanza, Lord of the Idiots” or change things up completely and come up with the opposite: chicken salad on rye. Or is it salmon? You decide.
2 cans white meat tuna, drained
1 medium celery stalk, finely chopped
1/3 cup mayonnaise
2 tablespoons Dijon mustard
1 teaspoon celery salt
1/2 teaspoon pepper Squeeze lemon juice
8 slices of white bread
4 lettuce leaves, cut into 8 bun-sized pieces

In a medium bowl, combine the tuna, celery, mayonnaise, mustard, celery salt, pepper, and lemon juice. Stir well and break up large pieces of tuna. Adjust the spices to taste.
Toast the bread until golden brown.
Place a piece of lettuce on a slice of bread and cover with a quarter of the tuna mixture. Place another piece of toasted bread on top and cut in half diagonally.
Repeat to make the other three sandwiches and serve.

‘It’s chocolate. It’s peppermint… It’s very refreshing!” Grab a spot in the operating room and get to work with surgical precision to seal the taste. We recommend putting on scrubs while making this. A word from Cosmo Kramer-inspired advice: don’t use a retractor.

Combine the ice, milk, peppermint extract and Junior Mints in a blender. Blend on high until smooth.
Divide between two glasses, garnish with extra mints and whipped cream and serve.