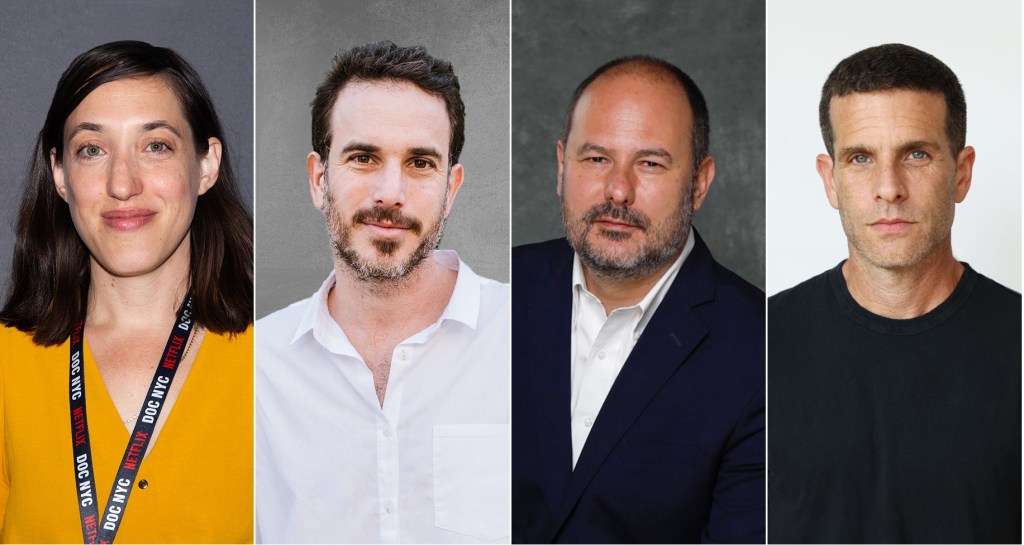 Production giant Fremantle has acquired a majority stake in Silvio Productions, the Israeli production company behind documentary series Shadow of the truth, Coastal Road Killer, After Midnight, The Baby Daddy and Buried.

Financial terms were not disclosed. Fremantle is part of the RTL Group of media giant Bertelsmann.

Formerly known as Egg Films, Silvio was recently nominated for two awards at this year’s News and Documentary Emmy Awards. It was founded by award-winning Israeli director-writer-producers Yotam Guendelman and Mika Timor.

“The acquisition of Silvio Productions further underlines Fremantle’s commitment and ambition to grow its global documentary offering, investing in and helping to develop high-quality production companies that work with the world’s most exceptional creative talent,” the company said. .

The deal was led by Andrea Scrosati, Fremantle’s group COO and CEO of continental Europe, and Guy Hameiri, co-founder of Abot Hameiri, the Fremantle-owned Israeli production company behind international hit drama Shtisel (Netflix), the recently announced east side and original formats Power couple, hear me, love me, see meas well as the Israeli producer for global formats like Have Talent, Survivor and The X Factor.

“Yotam Guendelman and Mika Timor will partner and work closely with Abot Hameiri in Israel and benefit from Fremantle’s global infrastructure, international distribution and strategic support in the 27 territories in which it operates around the world,” said Fremantle. “Under the agreement, Guy Hameiri will assume the position of chairman of Silvio Productions, with Guendelman and Timor reporting to him.”

Shadow of the truth premiered on Israel’s HOT8 channel and was subsequently picked up by Netflix for worldwide distribution. Released in more than 190 countries, the series was labeled as one of the most watched true-crime shows on Netflix and won several awards, including the 2017 Israeli Academy Television Awards for Best Documentary Series.

The company’s recent productions include To bury (Showtime), which follows the story of Eileen Franklin’s sudden memory of witnessing the murder of her childhood best friend, and the film The baby daddy (Yes Docu), which follows Ari Nagel, a math professor and the father of 117 children, and counting. The film had its international premiere at the Austin Film Festival.

Guendelman and Timor said: “This is really a unique opportunity for us. Joining forces with the incredibly talented Fremantle team, with its unparalleled international infrastructure, and working with Guy and the Abot Hameiri team, who are without a doubt one of the best production companies in Israel. The cultural, creative and business rationale is natural and we look forward to working closely with Andrea (Scrosati) and Guy (Hameiri). With their support and Fremantle’s global reach, we will take our growth trajectory and ambitious slate to the next level.”

Scrosati added: “Fremantle is committed to partnering with the very best talent and creative minds in the industry. Yotam and Mika and the team at Silvio Productions have a proven track record and take great pride in filmmaking and storytelling. We welcome them to the Fremantle family at this important time as we expand our global documentary capabilities. I would like to thank Guy (Hameiri) for his leadership and continued focus in growing and optimizing our valued business and IP in Israel. I believe Silvio Productions will perfectly complement Abot Hameiri’s premium scripted and formats divisions, and we are delighted to see both companies benefit from this partnership.”