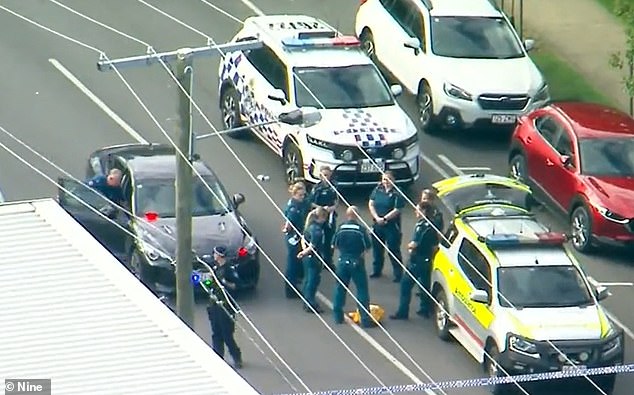 A gunman was shot outside a restaurant in front of terrified staff after threatening police officers.

The man in his thirties was hit at least once in the abdomen shortly after 3pm on Tuesday outside The Greek Club on Edmondstone St in South Brisbane.

The exact circumstances leading to the deadly shooting have yet to be revealed, but police said preliminary information indicates officers were called to the eatery “in connection with a man’s conduct”. 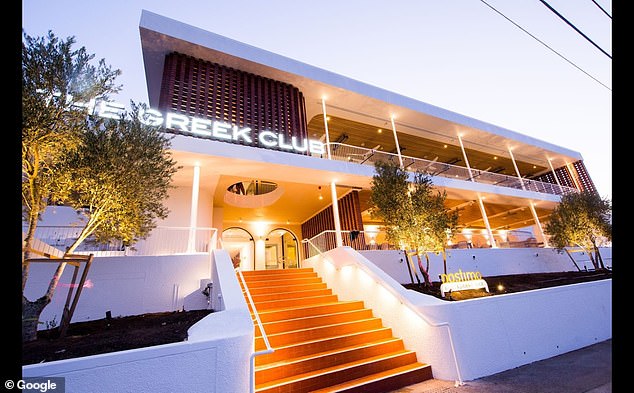 Chief Inspector Andrew Massingham, Regional Crime Coordinator for the Brisbane area, said officers were the first to respond to a call that a man was in the roof cavity of a separate business in Fish Lane in South Brisbane.

He said police received information that the man had fallen through the roof and tried to attack people at that company, but left before police arrived.

“At about 3:05 p.m., a man who may have been involved in that case — matching the description and clothing — was seen walking down this street here outside The Greek Club,” Det Sup Massingham said.

When police stopped next to the man, they said he tried to get in through the back door of the police bus that was not unlocked.

When approached by a male cop, the man tried to attack the cop ‘in an aggressive manner’.

“At that point, the officer saw that he was armed with a 12-inch metal bar with a handle on it,” said Det Sup Massingham.

“The officers tried to subdue him with a taser. That taser didn’t work and fell to the ground where it still stands on the footpath. The police then deemed it necessary to relieve their firearms.’

Both a female senior officer and a male officer fired a total of three bullets.

Police immediately began CPR, but he was pronounced dead a short time later.

Supt Massingham said the man appeared to be suffering from some sort of intoxication, whether that be alcohol or drugs, under investigation.

He said both officers will be interviewed by the Ethical Standards Command.

“Nobody wants to come to work and let this happen,” said Det Supt Massingham.

Both officers have since been removed from the scene. They are clearly upset and traumatized to some extent about what happened.

“Our manager was outside when he heard the gunshots and then yelled ‘everyone, get down’,” a Greek Club employee who reported hearing multiple gunshots told the Courier Mail.

“We all hid in an office for about ten minutes because we thought it might be a deranged shooter.” 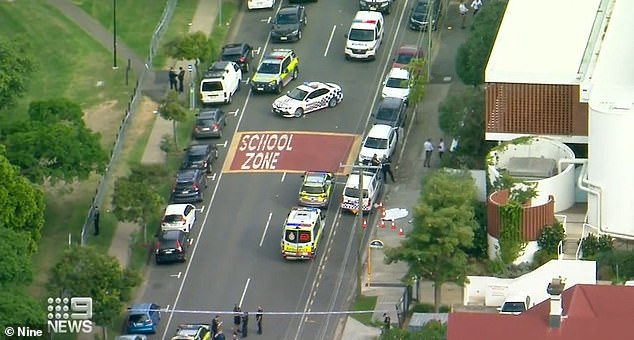 Police have closed Edmonstone St between Russell and Melbourne streets, a crime scene has been declared and the roads are expected to remain closed for several hours