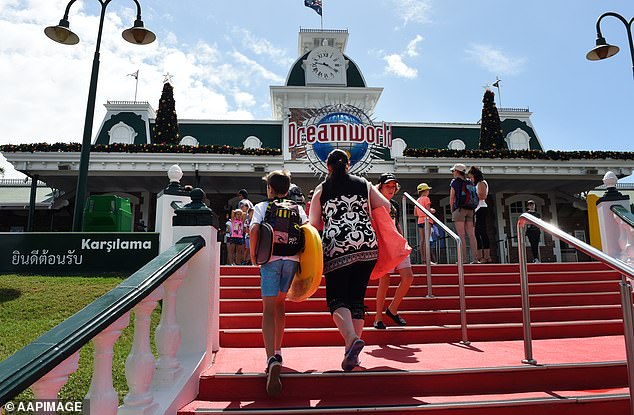 Dreamworld is set for a $60 million facelift, including a daring rollercoaster in a brand new “Indiana Jones” style section of the park called “Rivertown.”

Built by Dutch roller coaster specialist Vekoma, the Jungle Rush attraction will feature a “world’s first inclined turntable” that can be used to spin the individual cars in the ride.

At $35 million, Jungle Rush will be the most the Gold Coast theme park has spent on a ride and is compared to Disney’s critically acclaimed Indiana Jones adventure.

Jungle Rush will have 12 “airtime elements” and will be back-and-forth when it opens in 2024.

Dreamworld is getting a $60 million facelift, including a bold new roller coaster with a ‘world first’ that leaves its tragic past behind 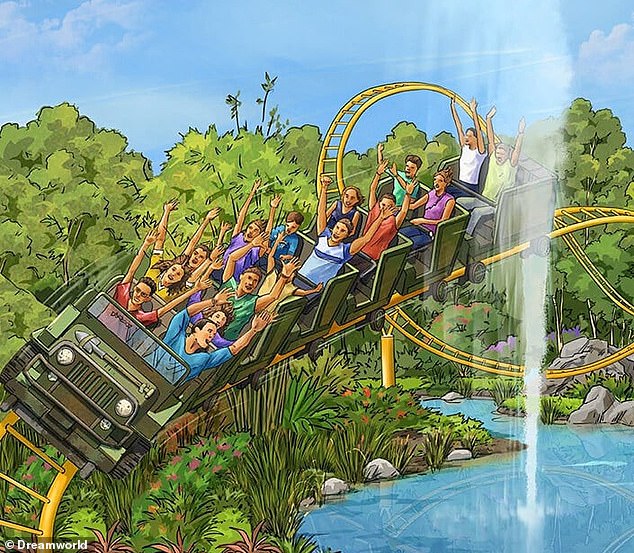 The Jungle Rush ride, built by coaster specialist Vekoma, will feature a “world’s first inclined turntable,” which can be used to spin the individual cars in the ride

The new coaster will be part of the lush, jungle-themed Rivertown district, which will also feature an area where park guests can take vintage car rides.

Dreamworld’s upgrade also includes several other attractions for both adults and children and a major change to “Tiger Island,” the Gold Coast Bulletin reported.

While guests will still be able to view the park’s tigers, direct contact between tigers and handlers will be phased out within 18 months due to “changing public opinion around animals performing.”

As part of the redevelopment, guests will be able to create a new ‘wave swinger’ attraction at the entrance called the ‘Dreamworld Flyer’, which will ’tilt and send guests into the air’. 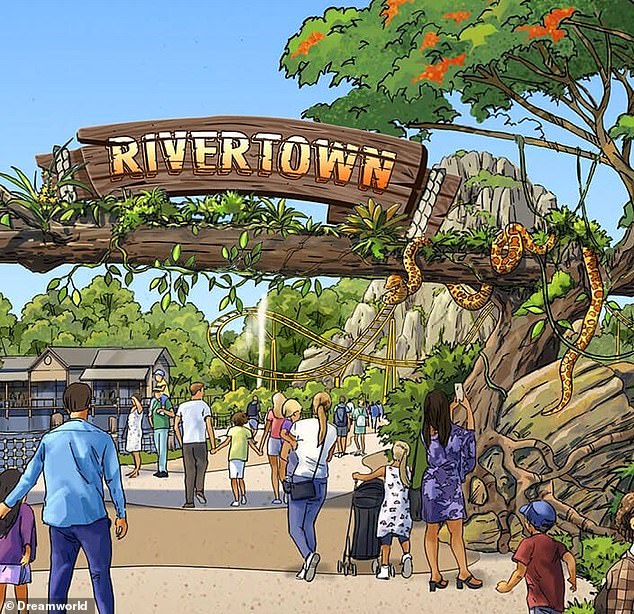 The new coaster will be part of the lush, jungle-themed Rivertown district, which will also include Murrissippi Motors for park guests to take vintage car rides 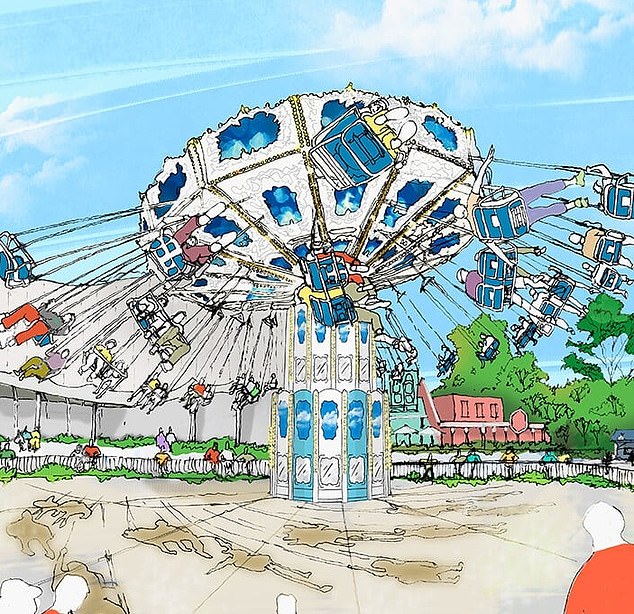 As part of the redevelopment, guests will be able to take a new ‘wave swinger’ ride, the Dreamworld Flyer, at the entrance

That ride is due to be completed by mid-2023, while the Jungle Rush is scheduled for Christmas 2024.

Under the new plans, a new children’s area will be home to Play School, Bananas in Pyjamas and The Wiggles brands, along with Kenny and Belinda, Dreamworld’s Koala mascots.

The existing Ocean Parade precinct will feature new bumper cars and a Pandamonium thrill ride, with the addition of a themed splash zone for kids.

Dreamworld is ending its partnership with Dreamworks, meaning the names Madagascar, Shrek and Kung Fu Panda will be removed from rides.

The new rides, due to open in mid-2023, come as Dreamworld announced it had paid off its debt and posted its best results in five years.

Dreamworld was fined $3.6 million after four people died in October 2016 in a horrific accident during a malfunctioning Thunder Rapids ride.

In July this year, it was announced that Dreamworld will likely pay the private school fees of two children after they lost their biological father, Roozbeh Araghi, when he died in the accident.