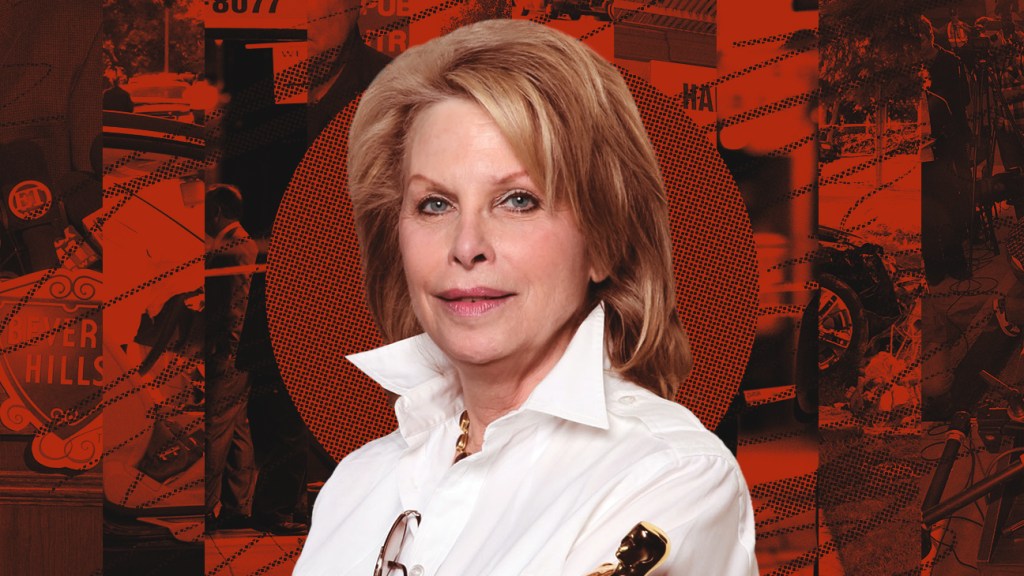 November 16th marked 12 years since famed film awards publicist Ronni Chasen was murdered. Hardly anyone has spoken about it publicly in years, but at the time it was national news. Pretty much everyone in Hollywood, whether they knew her or not, was involved in what happened – in part because it seemed so inexplicable. She was shot in her car as she waited at a traffic light in a quiet part of Beverly Hills on her way home from the premiere of Burlesquea project involving several clients.

A wave of speculation broke out: traffic rage or random drive-by; connections to shady movie financing and bad art deals and gambling debts. The Beverly Hills Police Department, under unusual media scrutiny, eventually declared it had found the culprit in Harold Smith, a poor black man with a criminal record that detectives found at his Hollywood flophouse, the encounter soon ending with him dead on the floor.

The BHPD claimed, without evidence, that Smith had come to Beverly Hills on a bicycle the night of the murder and acted alone in a botched robbery attempt. But as I found out when I investigated the case six years ago, there’s no hard evidence that Smith is at the scene or otherwise connects him to Chasen. The flimsy circumstantial material the agency once gathered in its limited investigation — which barely looked for witnesses, let alone other suspects — was never even tested in court. There is no more defenseless suspect, unable to tell their story or clear their name, than a corpse.

Criminology experts have roundly criticized BHPD’s handling of the case. The agency rarely deals with homicide cases, but when they do, they are often easy-to-solve murders that involve straightforward violence by intimate partners. Small-jurisdictional police officers usually know when it’s time to turn a challenging murder investigation over to a more experienced, better-equipped police force. The BHPD, then under a chief, David Snowden, who later left the department after a corruption scandal, apparently had too much hubris to do so.

There are also unanswered questions about Smith’s death. BHPD detectives claim they were unable to arrest him before he killed himself in front of them. Yet, despite years of efforts, little substantive information about that event has been released.

Few at the time debated the circumstances of Smith’s still-opaque end, nor how he might have become a convenient scapegoat. But more than a decade later, after enough attention has been paid to questionable patterns in law enforcement profiling and the killing of black suspects, Smith deserves his own attention.

The BHPD was indicted in 2021 for disproportionately arresting black pedestrians the previous year, following the George Floyd protests. Meanwhile, Chief Snowden’s successor, Sandra Spagnoli, retired in 2020 after a series of lawsuits, including accusations of racial slurs, led the city of Beverly Hills to pay out millions.

Spagnoli’s replacement, Mark Stainbrook, was installed in December 2021. He shouldn’t just reopen the Chasen investigation. For the sake of justice, he should refer it to another agency to start over on a now-cold case — and separately allow an independent investigation into his department’s involvement in Smith’s death.

It’s not just an insult to Chasen and Smith, but to anyone with a sense of outrage that neither of them got a really rigorous scrutiny. It’s striking that in an age of endless crime podcasts, justice-focused docuseries, and other assorted true story IPs, this situation – which occurs at the heart of the entertainment business – has gone down the memory lane.

Members of this industry, only those who live in Beverly Hills, have the clout to make this Topic A again. When I spoke to those closest to Chasen six years ago, they noted the tragic irony that their sassy, ​​assertive friend, never afraid to make her voice known in life, can’t make a fuss about her death. “Ronni would want justice,” actress Candy Clark told me.

As producer Lili Fini Zanuck put it, “Nobody asked hard questions. She would be surprised if there hasn’t been more curiosity. She spent her life supporting a community of imagination, and there has been little imagination here.