James O’Flaherty: Locals line the street in honor of Australians killed in an Irish explosion 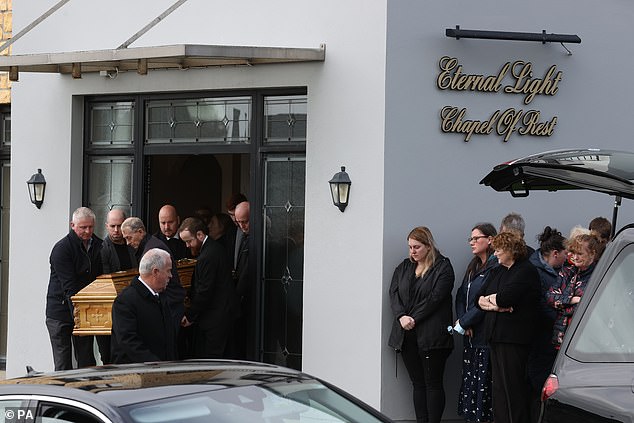 Locals have lined the street of an Irish village to honor an Australian man who was one of 10 people killed in an explosion at a petrol station last Friday.

James O’Flaherty, 48, had stopped to fill his car at the Applegreen gas station in Creeslough, County Donegal when the blast happened.

The cause of the explosion is still unknown.

Mourners paid their respects to his wife Tracey and son Hamish at the Eternal Light Chapel of Rest in Letterkenny when it was revealed that one of the first doctors to arrive at the devastating site of the explosion also has Australian heritage.

Colleagues of Mr. O’Flaherty’s wife from Letterkenny University Hospital, where she is a nurse, formed a guard of honor when his coffin was carried to a hearse.

James O’Flaherty’s coffin is carried to a hearse in County Donegal, Ireland

Originally from Sydney, Mr O’Flaherty had worked as an engineer in many countries before moving to the coastal town with his Irish wife.

dr. Dan Gill, who lives in the nearby village of Falcarragh, rushed to the site of the explosion and was shocked to discover that his neighbor, Mr O’Flaherty, was one of the dead.

“We both built houses close to the village centre, he was a nice man, calm, humorous, he was from Australia and I’m half Australian too, so we had a lot to talk about,” said Dr. Gill on RTÉ’s Morning Ireland Radio programme.

“He was very attached to his son Hamish, they were always together. It’s just awful.

“He married a beautiful Donegal woman, Tracey. I think they lived here in Scotland before and then they moved home.”

dr. Gill said Mr. O’Flaherty worked from home, “so every time I drove by the house I could see him standing by a large computer bank doing his job.

“I found out he had died when I got to the scene, it was shocking.”

Mr O’Flaherty’s wife and son traveled in the same car as the coffin to a funeral home in Derrybeg. 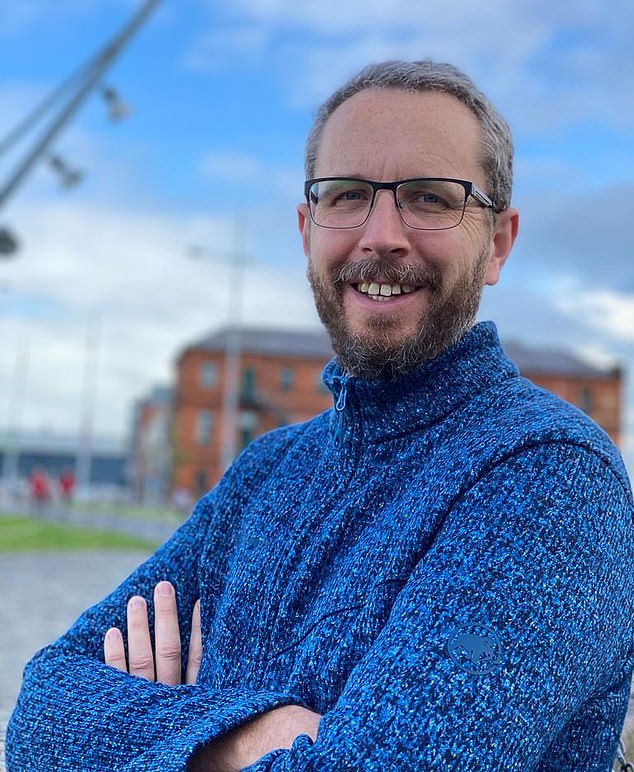 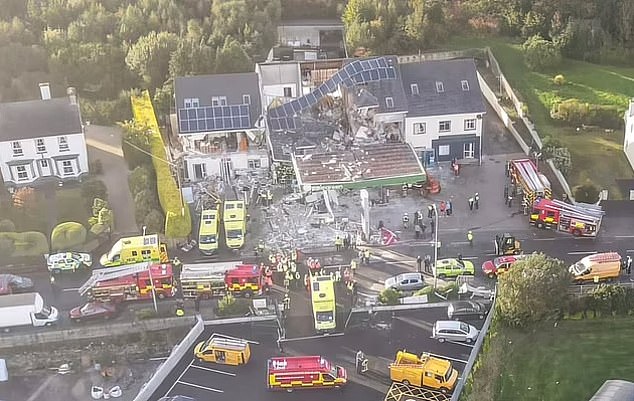 Pictured is an aerial view of the devastation caused by an explosion in northwestern Ireland that killed 10 people, including an Australian man

His remains will be transferred to the family home on Tuesday for a funeral mass, followed by burial on Wednesday.

He was technical director and had previously worked in Australia, France, Great Britain and the US. 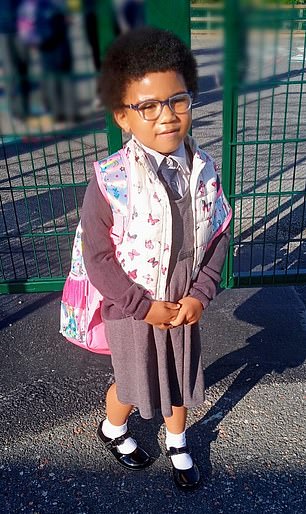 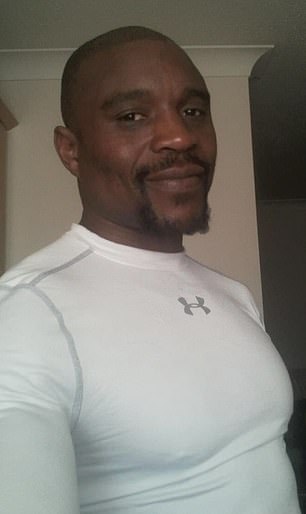 Robert Garwe (right), 50, and his five-year-old daughter Shauna (left) were in the store at the time buying a birthday cake for her mother

The Irish Police. known as Garda Síochána, said a man in his 20s is in critical condition at St James Hospital in Dublin, while a further seven victims are being treated at Letterkenny University Hospital and remain in stable condition.

Mr Garwe, who was originally from Zimbabwe, and his daughter Shauna had been in the gas station shop to buy a birthday cake when the blast happened.

They had been given a lift to the gas station from Mr. Kelly, who was waiting outside but also passed away.

Shauna, the youngest victim, bought the cake for her mother’s birthday.

Teenager Leona Harper, a talented rugby player, died while choosing an ice cream from the fridge at the gas station when the blast happened on Friday

Pope Francis extended his condolences to the people of Creeslough after the tragedy.

“His Holiness Pope Francis was saddened to learn of the loss of life and destruction caused by the explosion in Creeslough and expresses his spiritual closeness to all those suffering in the aftermath of this tragedy,” a statement said.

“While the deceased is entrusted to the merciful love of Almighty God, His Holiness begs the divine blessings of comfort and healing for the wounded, the displaced and the families coping with the pain of loss.

“As a promise of strength and peace in the Lord, the Holy Father sends his blessing to all the people of Ireland.”