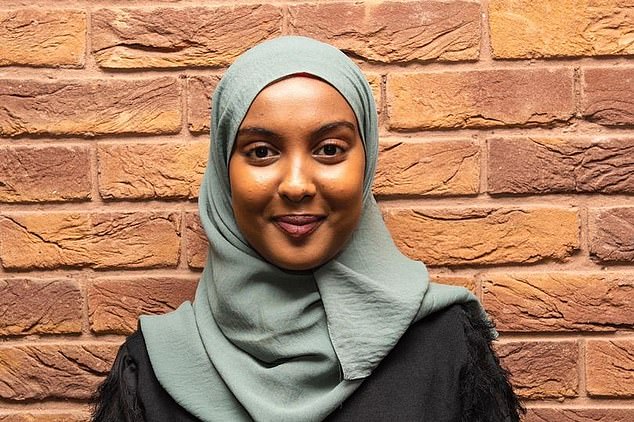 A police force’s new hate crime officer faced a barrage of abuse after introducing herself online.

Sumaya Bihi announced her new role in a Twitter post on October 3, in which she said she was the ‘Hate Crime Officer for the Leicestershire Police’.

She tweeted from the ‘Leicestershire Police Stay Safe’ account, inviting users to contact her with ‘questions or concerns’ as she shared a photo of her wearing a hijab.

But the young Muslim woman was bombarded with insulting messages, some of which contained racist and derogatory language.

In response, Leicestershire Police said they are investigating and supporting our hate crime officer in a number of ways.

The new role is set up to help police keep abreast of hate crime laws. It also encourages alleged victims to report crimes against them.

It comes after figures released this month showed how the number of hate crimes registered by police has risen by more than a quarter in a year.

In England and Wales, 155,841 offenses were registered in the year to March, a 26 percent increase on the previous year, the largest increase in five years.

She tweeted from the ‘Leicestershire Police Stay Safe’ account, inviting users to contact her with ‘questions or concerns’ as she shared a photo of her wearing a hijab

Speaking about the alleged abuse faced by Ms Bihi, a Leicestershire Police spokesperson told Leicester Mercury: ‘We support our hate crime officer in a number of ways.

“Unacceptable messages have been reported to Twitter and we have launched an investigation into the abuse ourselves.”

In response to the abuse, other Twitter users showed their support.

One of them said: ‘I see you’re already getting hate on Twitter just because you’re a Muslim.

Leicestershire Police continue to grapple with the recent outbreak of violence between small segments of Leicester’s Hindu and Muslim communities.

They are investigating more than 100 incidents and have made dozens of arrests.

A team of 50 officers investigated the incidents, including reviewing more than 6,000 hours of body-worn CCTV footage.

The arrests include at least one person accused of fueling tensions between the two communities on social media by printing false information. 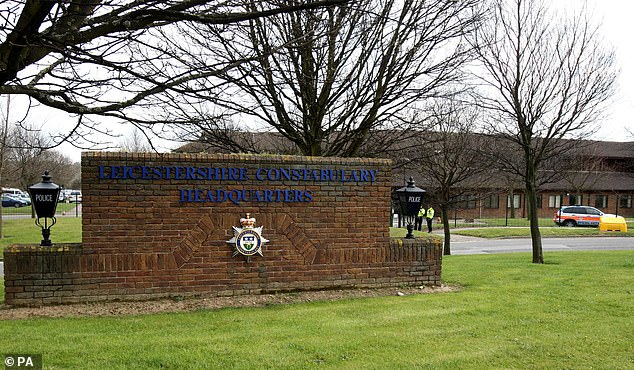 Following the release of hate crime statistics last week, the Interior Ministry said it was unclear whether the increase was due to a genuine increase in hate crime or the result of better police records and whether victims were more confident in coming forward.

Fewer hate crimes motivated by transgender identity were recorded compared to all other motivations, but this group saw the largest percentage increase.

The interior ministry said transgender issues “have been discussed a lot on social media” over the past year, possibly leading to an increase in related hate crimes.

Most hate crimes recorded by police were racially motivated — in line with previous years — and increased by 19 percent from the year ending 2021, the figures show.

Some crimes are recorded as having more than one motivating factor.

It is the first time the number of racially motivated hate crimes recorded in a year has surpassed 100,000.