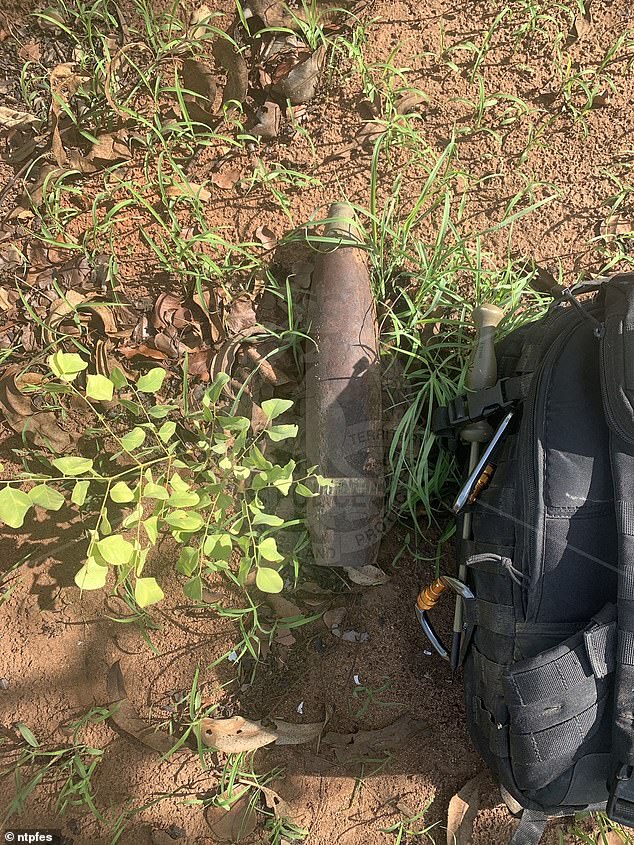 A man who found an unexploded World War II artillery shell in the bush has been used as a warning after he decided to take it home before calling police.

Northern Territory police were called to a property in Berry Springs, about 60 km south of Darwin, on Monday after the man reported having the dangerous explosive device in his home.

The man said he found the 11kg high explosive WWII artillery about 30km away in the Manton Dam area.

Manton Dam was built in World War II to supply water to military personnel in Darwin.

Three wartime huts still stand on the site, which is now listed as a tourist attraction representing Darwin’s military history.

Police immediately identified the bomb as dangerous and unsafe for transport.

A nearby tract of land was cordoned off and the explosive was detonated safely.

Chief Inspector Shaun Gill urged the public to find suspicious military equipment to leave it alone and report to the police immediately. 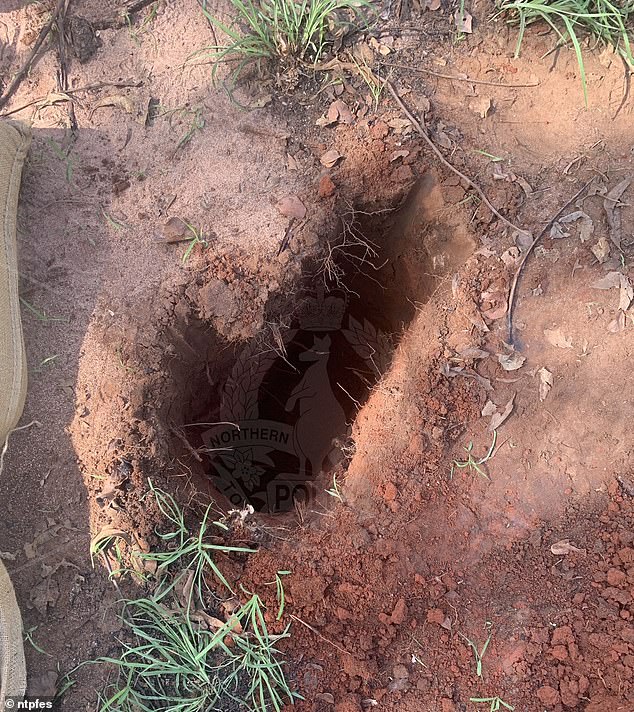 The man took the artillery round to his home before calling the police, who then detonated it safely nearby (above)

“Instead of moving the device, you should mark the exact location and contact the authorities who will be on site and remove the item safely,” he said.

It comes just weeks after two young boys discovered an unexploded WWII hand grenade in a creek near Noonkanbah Station, some 1,500 km from Monday’s bomb discovery.

Noonkanbah Station served as a base for the Royal Australian Air Force and the Dutch Army during World War II.