Marvel has found an answer to the so-called “fatigue” 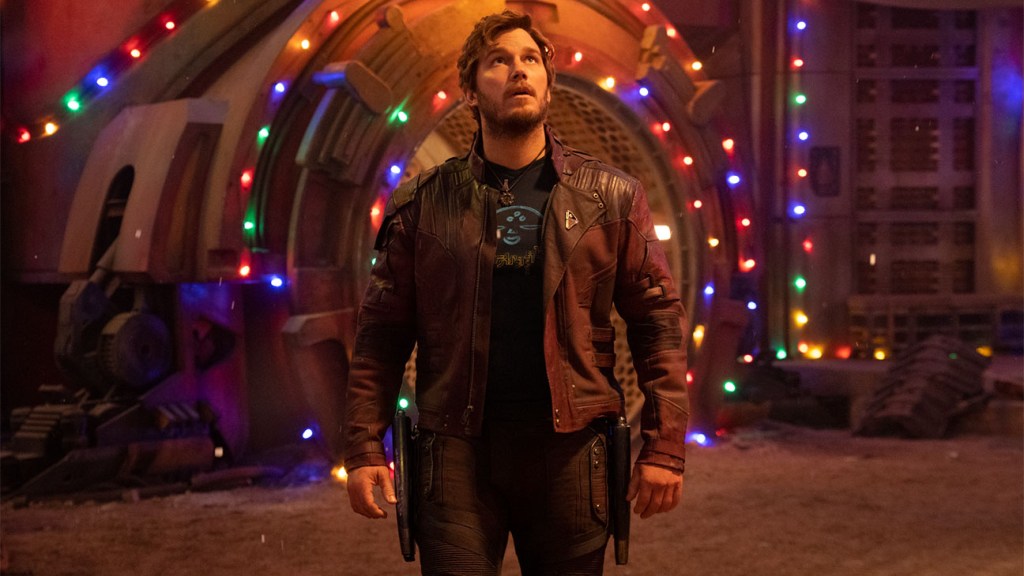 Marvel Studios is here to usher in another holiday The Guardians of the Galaxy vacation Special. It is the second of Marvel Studios’ newly released “Marvel Special Presentation” line, following the release of Michael Giacchino’s Werewolf at night in October. The Guardians of the Galaxy holiday special, written and directed by James Gunn, once again emphasizes the successful nature of these 45-minute specials, wrapping up everything audiences love about the franchise in one fell swoop. While the limited and ongoing series and movies are going absolutely nowhere, the Marvel Special Presentations are perhaps the MCU’s most exciting prospect.

Both Werewolf at night and The Guardians of the Galaxy holiday special are considered some of the best entries in Phase 4, not only for their ability to showcase their filmmakers’ unique talents, but also for their overall lack of connection with the larger MCU, leaving viewers to simply enjoy themselves in terms without worrying about what’s next or where they fit in the grand scheme of things. So while fan bets from Blade and Silver Surfer showing up in these respective projects didn’t pay off, the specials themselves work just as well as they do, because they feel like a justifiable way to spend an audience’s time, rather than a trailer to serve. showcase.

As the MCU continues its rapid growth, both on the big screen and on Disney+, keeping track of back-to-back movies and weekly series has become cumbersome for some audiences. While the idea of ​​franchise fatigue when it comes to superhero movies is as much of a non-issue as it was a decade ago, with the films consistently accounting for the highest ticket sales and highest box office each year, even during the pandemic, the number of releases leaves little breathing room to catch up before the next.

August 1st Morning consultation A poll found that more American adults are feeling fatigued by the sheer number of releases than a year ago, and that’s even true for Marvel fans.

Given that information, more special Marvel presentations may not seem beneficial. But perhaps it would be a good idea to reduce the number of series, if not movies, and rethink them as special presentations, rather than six-to-nine-week commitments that often air side-by-side and compete for space amid the simultaneous streaming from Disney. Star Wars shows, and whatever the big HBO series of the quarter is. This can both free audiences and renew their investment in the universe, and allow filmmakers to push their creative boundaries.

What becomes clear in both specials is that they make creative choices that the movies wouldn’t allow and a series probably wouldn’t last. Werewolf‘s black-and-white approach was an incredible means of setting the mood and paying homage to Universal monster films, but given the strange stigma surrounding black-and-white from younger viewers, it would probably put off many general viewers. And while WandaVision could implement two episodes of black and white to evoke the feel of classic sitcoms, that’s also not a look that would be met with the same praise every week.

Guards mainly focuses on Drax (Dave Bautista) and Mantis (Pom Klementieff) who have been comic supporting characters in the movies. It’s great to see them in the spotlight, with both actors showing off more of their characters’ personalities, but at the same time, Drax and Mantis’ communication issues and verbatim readings wouldn’t be nearly as charming if they got six episodes sustained. . But in 45 minutes? In 45 minutes, we get to see bold creative swings that aren’t lost on the amount of “content” delivered to viewers.

Great directorial work has been done on all of the Marvel TV shows, but in the multi-director projects, many viewers would struggle to name any of the directors or remember which episode a specific shot or well-edited moment was in, because it all melts together. But you take the direction of Giacchino Werewolf at night and you remember who made it, how that hallway scene was choreographed, and that’s how a voice becomes easier to discern. While Giacchino and Gunn are certainly not newcomers to the MCU, there’s room within the Marvel Special Presentations for newcomers to either show a style that audiences recognize from their other work, or for them to define it in that project. Phase 4 has broken away from some of Marvel’s branding issues, but Special Presentations could push that further, to the point where anything from a musical to stop-motion could be on the table for a format.

And then there are the characters. With so many supporting characters at the moment, some get lost in the maze of events and some actors are asked less than they are capable of. So why not combat that with a special presentation from Wong (Benedict Wong) and Madisynn (Patty Guggenheim), or Jimmy Woo (Randall Park), or Aneka (Michaela Coel) and The Midnight Angels, or Mordo (Chiwetel Ejiofor), with self-contained stories that both enrich the greater MCU, but also work on their own. The same goes for characters who have yet to make their debut in the MCU. Perhaps, like Jack Russell (Gael Garcia Bernal), Elsa Bloodstone (Laura Donnelly) and Man-Thing, in Werewolf at night, not all characters need an introduction in a movie or solo series. Characters as great as Ghost Rider, Silver Surfer, and Wolverine, and as obscure as Ka-Zar, Beta Ray Bill, and White Tiger can all get their carefully curated spotlight before taking on bigger roles.

What makes Marvel Special Presentations so exciting and their future so promising is that it captures the feeling of buying a single-issue comic book for the first time. Not a graphic novel or a collection that contains the whole story. Just a single issue, an odd issue in the middle of a decades-spanning ongoing series you picked because you liked the cover. Remember that feeling of being introduced to a whole new world? From finding characters in the middle of stories and having the choice to step back from there to catch up, or just move forward, or even let it exist in a vacuum? That’s the feeling these projects capture better than any film or series, the thrill of experiencing something unique and it makes a lasting impression. Marvel Special Presentations feel built to last.

Can the Pill turn you GAY? Growing number of women report bizarre symptom