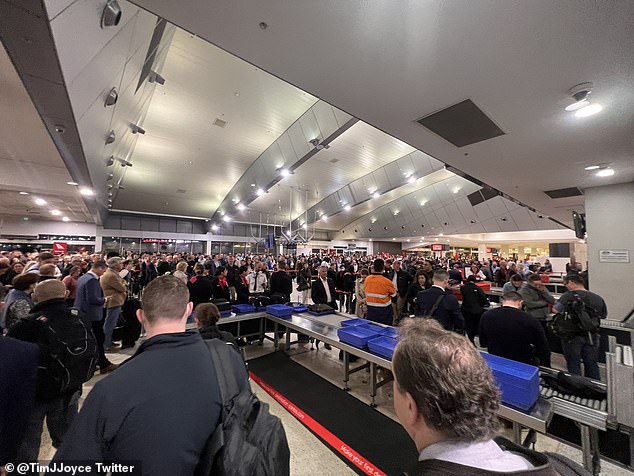 A major security breach at Melbourne airport is expected to lead to widespread chaos across the country.

Qantas passengers were sent off flights and back inside the terminal, leading to chaotic scenes early Tuesday morning.

“A passenger appears to have accidentally moved from an unscreened area to a gated area of ​​the Melbourne airport,” said a Qantas statement.

“As a precautionary measure, all Qantas operations have been suspended and passengers in the terminal are being re-screened, causing delays to some services this morning.”

Tim Joyce had just boarded his Brisbane flight when the pilot ordered everyone off the plane.

“They have evacuated every person who has undergone a screening so that everyone can be re-screened.

“It seems very serious. There are thousands of people waiting at six in the morning.”

He added that communication had been good despite the chaos.

MEGHAN MCCAIN: Kanye Is A Deranged Bully – And Now He’s An Anti-Semite Too