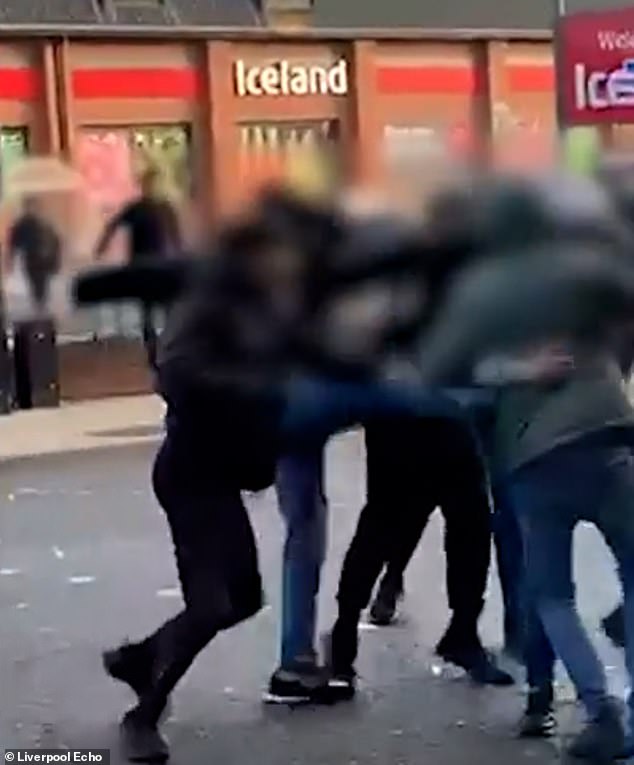 By Katherine Lawton For Mailonline

This is the shocking moment when a massive brawl erupted ‘among football fans’ outside a Wetherspoons in Liverpool – with men throwing punches and bottles after Chelsea’s goalless draw at Anfield.

Three men were arrested after gunfire broke out outside The Thomas Frost on Walton Road, Kirkdale, at around 3pm yesterday afternoon – an hour after the Chelsea v Liverpool game.

Social media users claimed the fight exploded between rival fans who clashed – as video footage shows glass bottles are thrown while a woman in distress is heard shouting ‘get out, get out’.

A man lies on the ground in front of moving traffic, while others kick and beat him.

Another man in a gray hoodie can be seen throwing an aggressive punch directly into another person’s face.

Empty beer bottles, cans and plastic cups lie on the pavement outside the pub and an Icelandic supermarket.

Merseyside Police have confirmed officers were called to a fight at The Thomas Frost Wetherspoons yesterday afternoon.

They said there were no injuries but three men – aged 22, 33 and 55 – were arrested on suspicion of drunkenness and disorderly conduct in a public place. 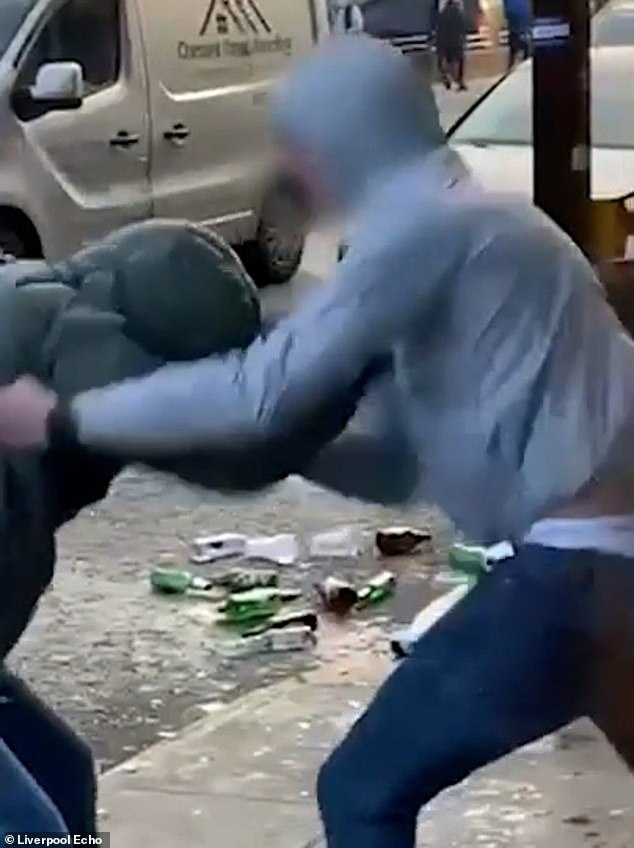 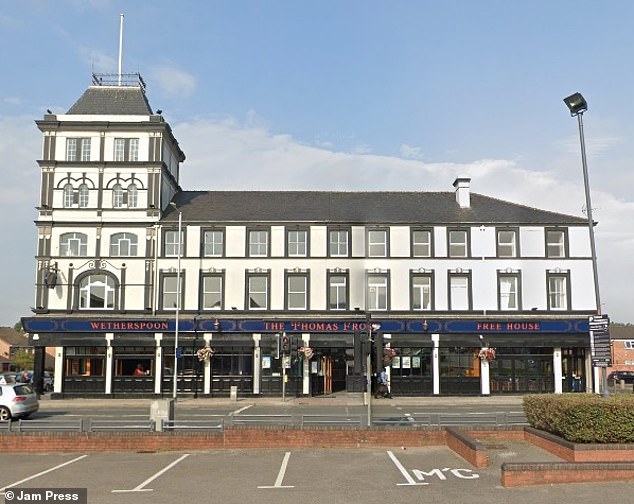 Merseyside Police said in a statement last night: ‘Three men have been arrested following a disturbance in Walton this afternoon, Saturday 21 January.

Just after 3pm, officers were called to an altercation at The Thomas Frost pub on Walton Road. No injuries were reported.

“Three men, aged 22, 33 and 55, were arrested on suspicion of drunkenness and disorderly conduct in a public place.”

It comes after another mass brawl, in which a large group of men attacked each other before one of them drew a large knife, broke out at a McDonald’s in Hackney, London, on Friday.

Review | Summary ‘The Last of Us’: more ground rules and a good dose of body horror