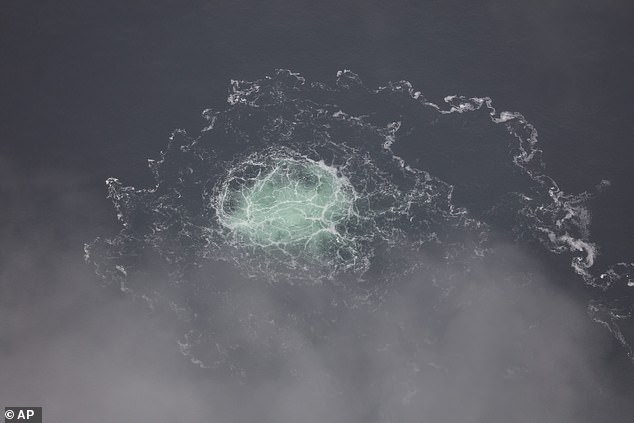 Nord Stream pipe blast was sabotage and traces of explosives have been found at the site, Swedish investigators say

By Chris Jewers for Mailonline

Investigators have found traces of explosives at the site of the damaged Nord Stream pipelines, confirming sabotage has taken place, a Swedish prosecutor said on Friday.

Swedish and Danish authorities are investigating four holes in the Nord Stream 1 and 2 pipelines that connect Russia and Germany via the Baltic Sea and have become a focal point in the Ukraine crisis.

Denmark said last month that a preliminary investigation had found the leaks were caused by powerful explosions.

“Analysis now carried out shows traces of explosives on several of the recovered objects,” Sweden’s public prosecutor’s office said in a statement.

‘The research is very complex and comprehensive. The ongoing investigation will determine whether any suspects can be identified,” it added.

This is a breaking news story. More to follow…

Investigators have found traces of explosives at the site of the damaged Nord Stream pipelines, confirming sabotage has taken place, a Swedish prosecutor said on Friday. Pictured: An aerial view over one of the Nord Stream sites being investigated by Sweden

The racing drone that can kill