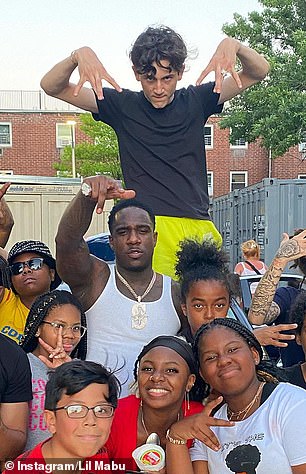 He is a popular rapper in the controversial ‘drill’ genre with over two million TikTok followers, while at the same time being a senior at one of New York’s oldest posh private high schools.

Lil Mabu – better known in class as Matthew Peter DeLuca, 17 – has entered the scene with support and recognition from established names such as Tory Lanez, Lil Mosey, Pnb Rock and Rich The Kid.

However, as a freshman at the $60,000-a-year Collegiate School on the Upper West Side, he was a student board member who evangelized Kids Walk for MSK Kids. 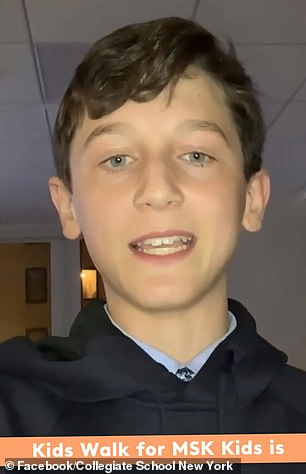 Lil Mabu – better known in class as Matthew Peter DeLuca, 17 – has entered the scene with support and recognition from established names such as Tory Lanez, Lil Mosey, Pnb Rock and Rich The Kid. However, as a freshman at the $60,000-a-year Collegiate School on the Upper West Side, he was a student board member who evangelized Kids Walk for MSK Kids

DeLuca currently lives on Manhattan’s Upper East Side in a five-bed, five-bathroom, 3,327-square-foot condominium when he’s not chilling out at his parent’s weekend home in the Hamptons.

Together, the family’s properties are worth about $12 million, according to the New York Post.

Drill, as it is known, has become controversial all over the world with local authorities from New York to London to Sydney decrying the subgenre, which literally means “to fight or take revenge.”

“We took Trump off Twitter because of what he spat out,” he said at a news conference Friday. “Still, we allow music, gun displays, violence. We allow it to stay on these sites.”

Mabu clearly leans towards some of the subgenre’s nastier tropes, with lyrics like “Glock came wit’ a beam inside/Run him up on a demon vibe/Let it fire-fire-fire” in “I’M NOT A COP.” ‘

His videos — some of which have millions of views on YouTube — feature mock gunfights in restaurants in Williamsburg, Brooklyn, with DeLuca implying that he himself was hit by gunfire. 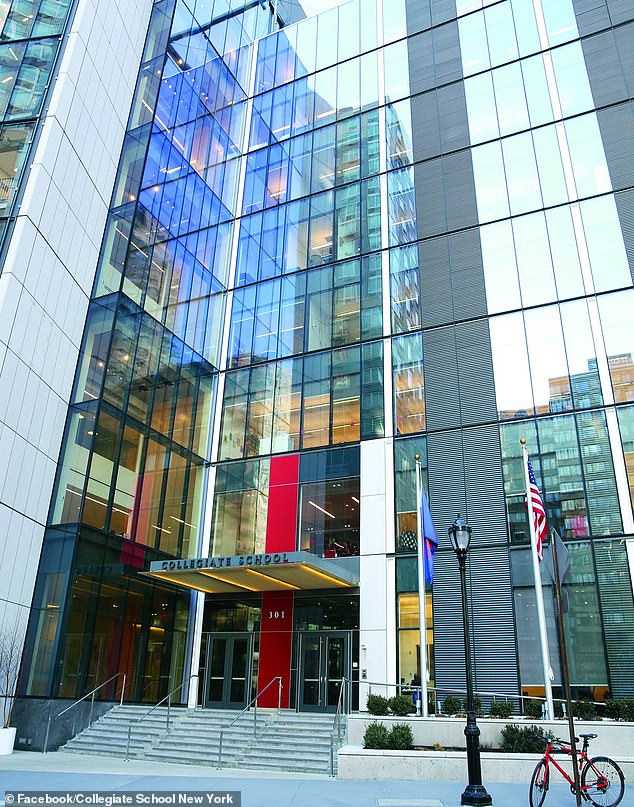 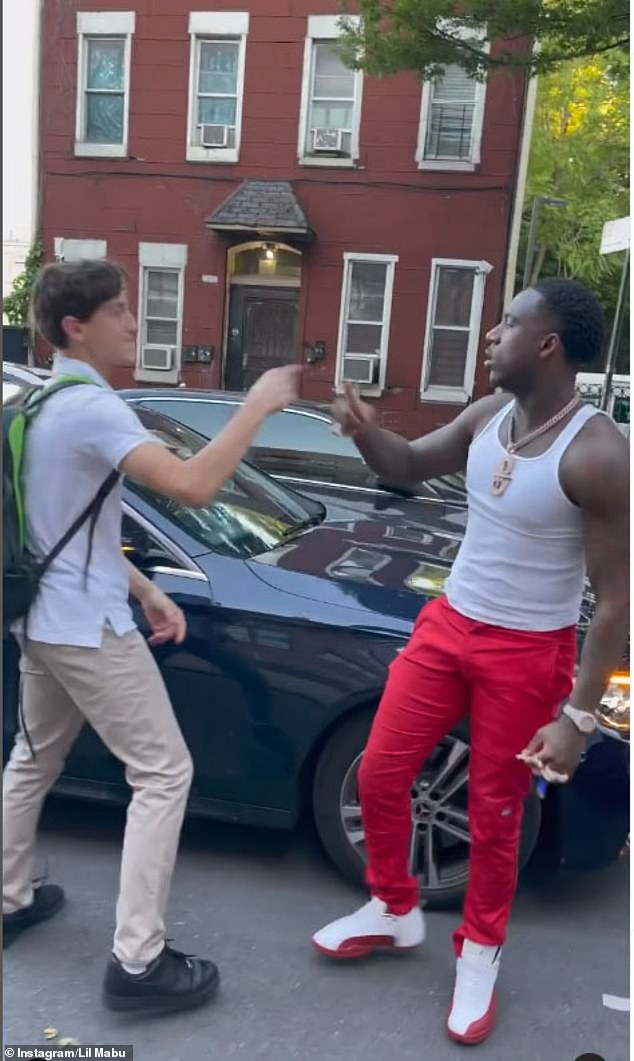 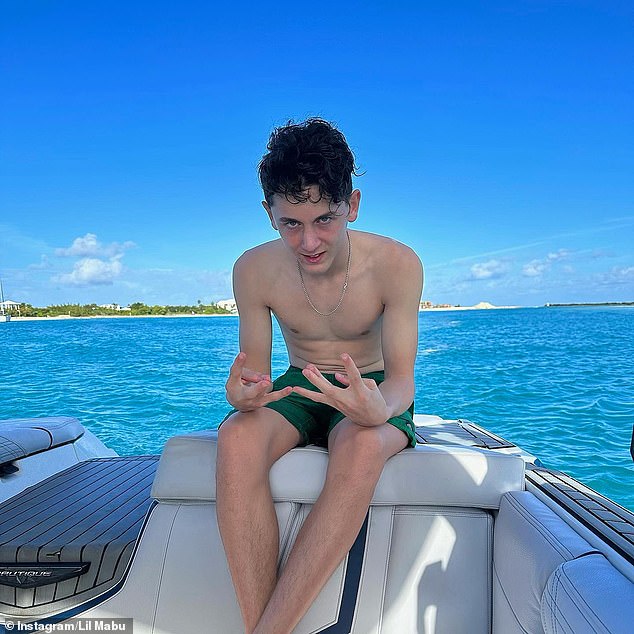 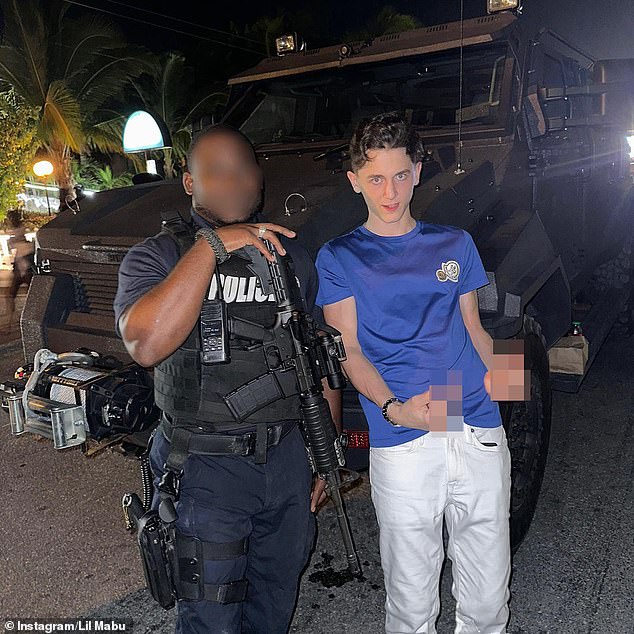 His father, Peter DeLuca, is a mortician, although he has had some run-ins with the law in his past.

What is drill rap music?

Drill music is a subgenre of hip hop characterized by dark, slow tempo, straightforward lyrics that focus on the dangers of criminal activity, and emotionless lore.

The nihilistic rap style began in Chicago in the 2010s, but has since expanded around the world.

The style of hip-hop has built a strong following in Brooklyn and has been accused of being a driving factor in the recent increase in gun violence against up-and-coming rappers.

In 2006, DeLuca’s ex-wife Jane accused him of cheating her of millions of dollars on their divorce settlement and has a few permits in New York City to keep hidden.

When interviewed in 2021, Lil Mabu said what set him apart from other rappers was “my age and my fanbase.” I’ve only been in the game for a year, a few months or a few months.”

The interviewer then cited that he had won a public speaking contest twice in a row and a sixth grade writing award.

The Post quoted a parent of an alum as not happy with DeLuca’s antics.

“If this was another kid who didn’t have a rap career… who said anything close to what this kid is saying, they would be disfellowshipped and never heard from again,” the unnamed parent said. “Collegiate used to be Latin and Greek and Math Olympiads, and now it’s TikTok.”

It was the death of 18-year-old Jayquan McKenley, a drill rapper named Chii Wvttz, who was murdered last week outside a Brooklyn recording studio that struck a chord with the mayor.

Adams said he wants to meet with high-profile rappers and executives from the social media companies to get the videos taken down.

The mayor blamed the music and videos for “the loss of lives of young people like her.”

“You have a civic and business responsibility,” he said. “We are alarmed by the use of social media to really spread this violence in our communities. This adds to the violence we see across the country. It’s one of the rivers we have to dam.’