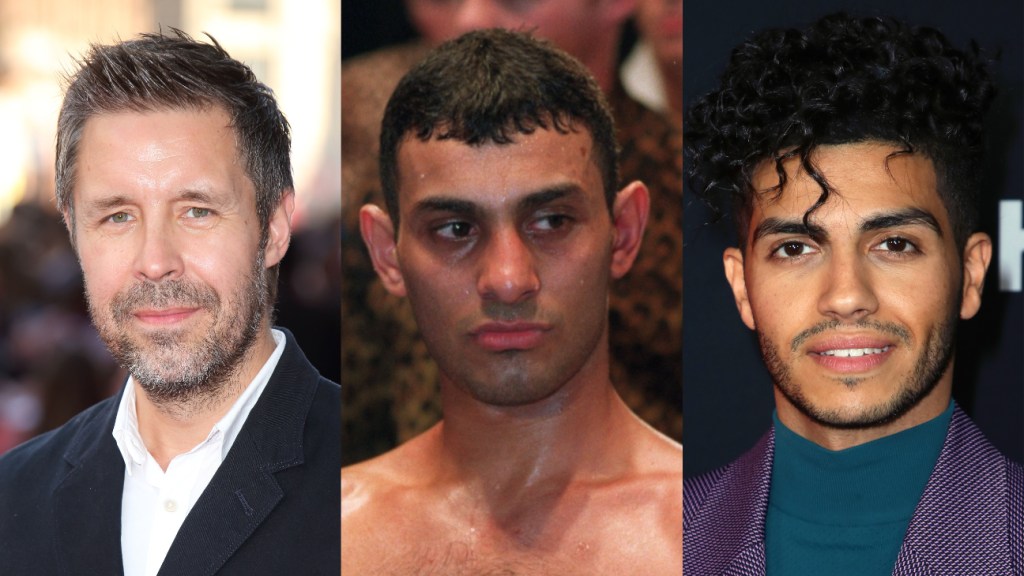 Paddy Considine and Mena Massoud have signed on to star in the upcoming sports drama Hugebased on the life of British-Yemeni boxing champion Prince Naseem “Naz” Hamed.

Rowan Athale, director of the 2012 Toronto Film Festival title Wasteland (aka The rise) and a writer on the Sky/AMC series Gangs of Londonwill write and direct Hugewhich will focus on Hamed’s rise from rags to riches as the child of working-class Yemeni immigrants in Yorkshire who became a left-handed superstar.

Hamed was discovered in Sheffield by Ingle, a steel industry worker turned boxing trainer, and their unlikely partnership became the foundation of one of the most successful and dramatic careers in combat.

Stuart Ford’s AGC Studios will finance in full Huge with Ford, Mark Lane of Tea Shop Productions and Kevin Sampson of White Star Productions producing. Sylvester Stallone and Braden Aftergood of Balboa Productions are on board as executive producers.

Hamad’s unorthodox boxing style and stubborn nature made him an overnight sensation. A flamboyant and flashy fighter, often knocking opponents out in the opening rounds, he was also famous for his dramatic ring entrances – which once included entering the ring on a magic carpet, as well as re-enacting the Michael Jackson music video Thriller. A practicing Muslim who often prayed before battles, Hamad became a hero to millions of working class and Muslim Britons, but also faced racism and Islamophobia as he rose to the top.

“I’ve wanted to bring this movie to the screen for many years,” said Athale. “The story of legendary boxing trainer Brendan Ingle and his tempestuous relationship with protege “Prince” Naseem is both legendary and truly cinematic. It’s exciting, necessary, hilarious and heartbreaking, and to make this film with the incomparable Paddy Considine and Mena Massoud, and with the support of the one and only Sylvester Stallone and his Balboa Productions team, is a dream come true.”

Given the subject matter and Prince Naseem’s global stardom, Huge is likely to be a popular title at the European Film Market in Berlin next month.