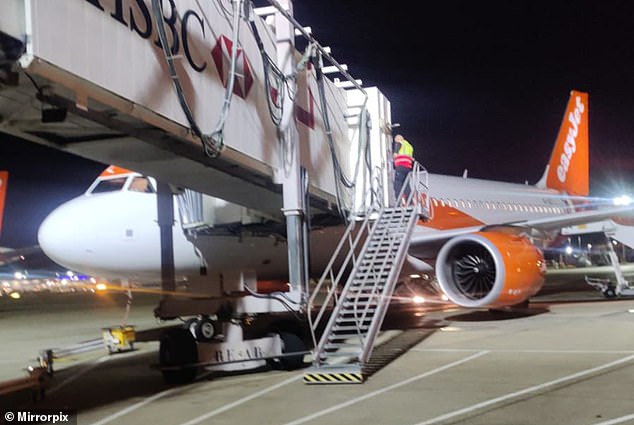 Passenger in his 50s dies aboard easyJet flight at 30,000 feet en route from Cyprus to Gatwick Airport

By Rachel Muir for Mailonline

A man in his 50s died this afternoon on board an EasyJet flight from Cyprus to London Gatwick Airport.

Passengers became concerned when a dark-haired traveler, who appeared to be alone, failed to wake up.

Urgent attempts to resuscitate the passenger using a defibrillator failed.

A man in his 50s died this afternoon on board an EasyJet flight from Cyprus to London. Passengers were detained as they landed at Gatwick as paramedics boarded the plane and pronounced the man dead

EasyJet cabin crew asked if there was a doctor or paramedic on board, but none could provide more than first aid from the cabin crew, the Daily Star reported.

When the plane passed Paris at around 4:30 p.m., the captain confirmed that there had been a “medical incident” and asked everyone to treat the dead man with dignity.

Passengers were detained as they landed at Gatwick as paramedics boarded the plane and pronounced the man dead.

An anonymous passenger praised the EasyJet crew’s handling of the incident, telling the Daily Star: “The team handled the situation with extraordinary calm and professionalism.” 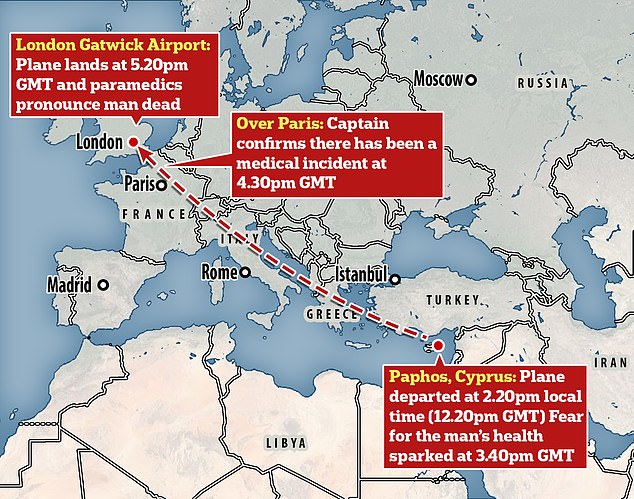 An EasyJet spokesperson told MailOnline: ‘easyJet can confirm that on November 17, a passenger sadly passed away on board flight EZY8454 from Paphos to London Gatwick.

“The well-being of our passengers and crew is always the top priority at easyJet.

“Our crew is trained to respond to medical issues and did everything possible during the flight.

“Our thoughts are with the customer’s family and friends and we offer support and assistance during this difficult time.”