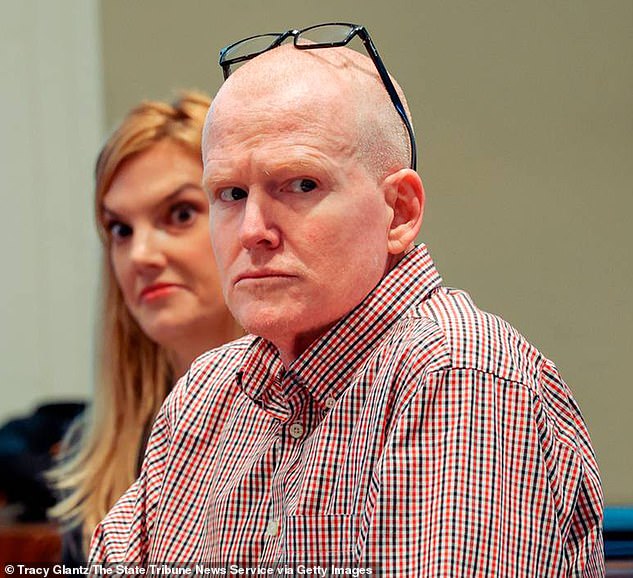 Law enforcement officials “destroyed” evidence that could exonerate Alex Murdaugh, relying on the “expert” opinion of a retired police officer with no scientific credentials to tie him to the murders of his wife and son, the lawyers for the disgraced legal scion claim.

The claims were filed Wednesday by Murdaugh’s attorneys in Collecton County Court and obtained by DailyMail.com. It alleges that the South Carolina Law Enforcement Division (SLED) destroyed the white T-shirt Murdaugh wore the night he claims he found the bodies of Maggie, 52, and Paul, 22, at dog kennels on the hunting estate of the family.

In addition to the murders, the disgraced ex-lawyer faces nearly 100 additional criminal charges, ranging from a botched “suicide for hire plot” to several alleged money laundering and embezzlement cases.

He is currently awaiting trial for the brutal murders, which will begin early next year.

Police “destroyed” evidence that could exonerate embattled legal scion Richard “Alex” Murdaugh, including the blood-spattered shirt he wore the night he “brutally murdered” wife and son at the family’s home last June. He denies the murders 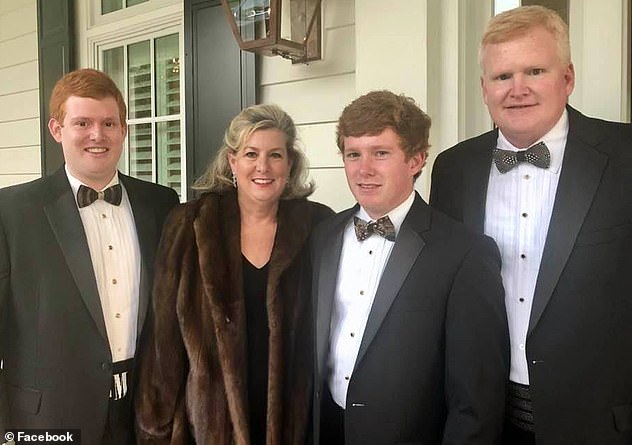 Maggie and Paul (center) were found shot dead on the family property in June 2021. Alex called 911 around 10pm claiming he just found them. Prosecutors say that’s a lie

Law enforcement officials have claimed the shirt showed signs of “high-velocity impact spatter” that definitively placed Murdaugh, 54, at the crime scene at the time of the murders.

His lawyers vehemently dispute this, saying the claim goes against the state’s expert’s initial report and that the “impact spatter” finding was only included in a revised version of the document.

As such, they have argued that the jury should not hear testimony about those findings in court.

According to the lengthy motion, “On June 7, 2021, Maggie, wife of Alex Murdaugh, and son Paul were brutally murdered near the dog kennels of a family home on Moselle Road in Colleton County. 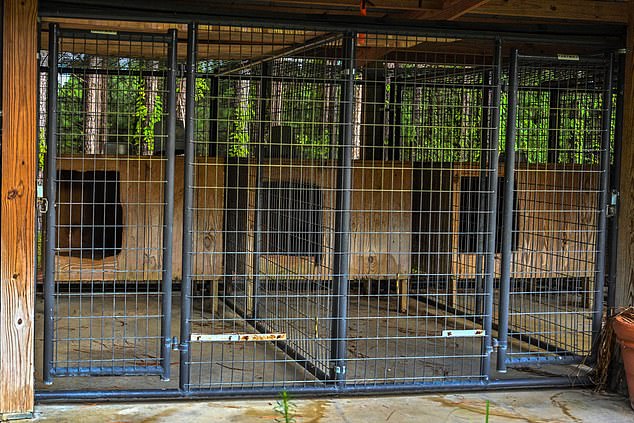 Maggie and Paul were found shot to death near these dog kennels at the family’s home in Islandton, South Carolina 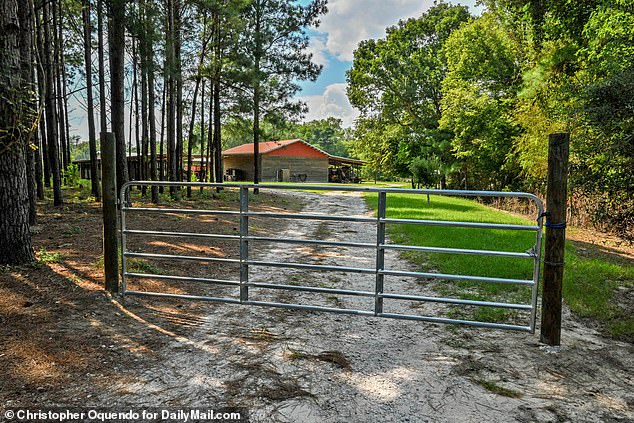 Paul’s body was found partially in one of the kennels, while his mother was a few feet away, leading investigators to believe she had run from her killer before she was felled, sources say.

“As Mr. Murdaugh has pointed out in previous motions, the state immediately decided that Alex was guilty, before anyone gathered, investigated or assessed any evidence and was unable to build a solid case against him. [him] to present in court, engaged instead in a campaign of selective and misleading leaks to news media to convince the public that Murdaugh is guilty before being tried.”

Chief among those “leaks,” they argue, was the suggestion that “high-velocity impact splashes” had been found on Murdaugh’s clothing, along with a law enforcement “expert’s” claim that “this could only have come from one thing.” to be’. 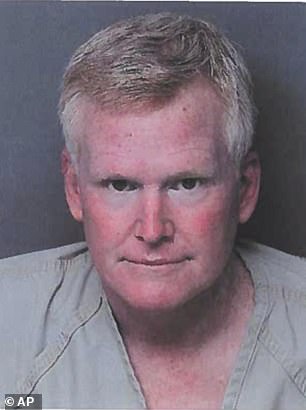 Murdaugh (pictured in his mugshot) waited an hour before calling 911 to report his wife and son dead, prosecutors say

According to Murdaugh’s attorney, that “expert” was in fact retired Oklahoma police officer Tom Bevel — an officer with a degree in criminal justice but no academic credentials in any scientific discipline.

The motion reads: “The state has dissuaded Mr. Bevel from believing that the white cotton T-shirt Mr. Murdaugh wore the night Maggie and Paul were killed is stained with high-velocity blood spatter, most likely from the shooting of Paul.

However, the confirmatory blood test results from the South Carolina Law Enforcement Division were negative for human blood in the areas of the shirt where Mr. Bevel believes blood spatter is present.”

According to Murdaugh’s lawyers, Bevel initially concluded there was no evidence of blood spatter and only revised his opinion after meeting with SLED’s lead investigator, David Owen.

They state: “Mr. Bevel’s initial report to the state stated emphatically that the shirt had no stains indicative of back spatter from a gunshot. 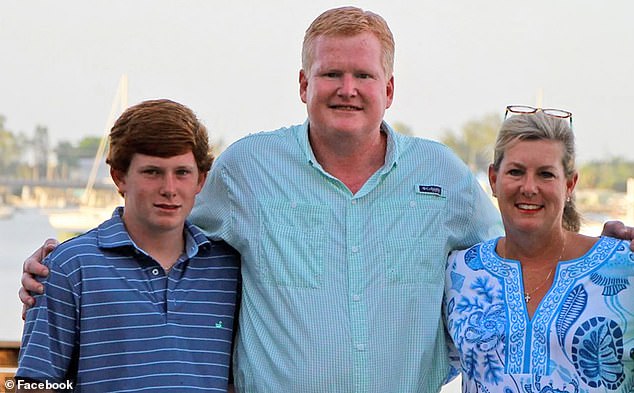 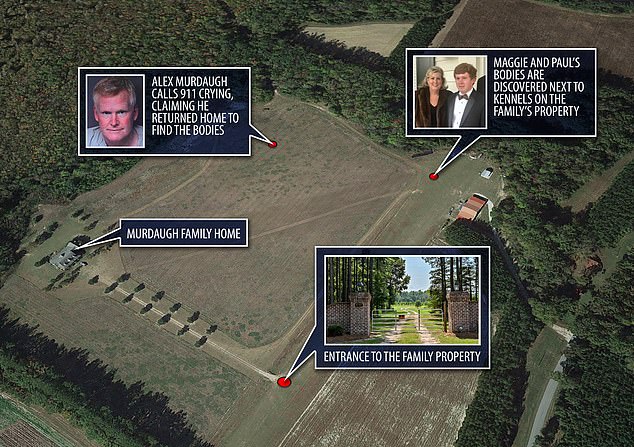 But for some reason, with no additional evidence, he completely changed his mind after a personal visit from lead SLED researcher David Owen, and now believes the shirt has over 100 stains consistent with gunshot back spatter.”

The claims cannot be disputed by independent defense experts, as the T-shirt in question was cut open and then damaged beyond repair by the chemical tests carried out to determine whether it showed any signs of human blood.

The new motion has also brought new details about the scene of the crimes themselves.

According to the filing, “the crime scene was horrific; there was a great deal of blood on and around the bodies which transferred to Mr. Murdaugh’s hands and clothing as he frantically checked them for signs of life.”

Pieces of “brain matter” were found on the floor near Maggie and Paul was shot in the confined space of the dog food room, making for a gory scene that would have inevitably resulted in significant blood spatter on any perpetrator. 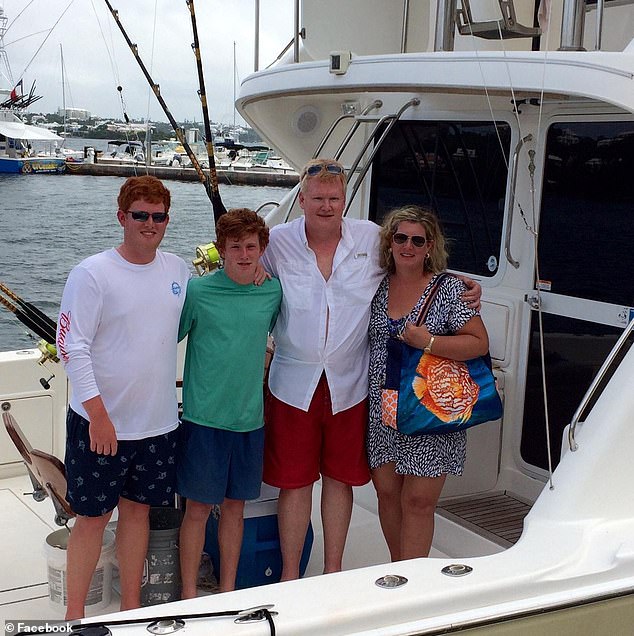 According to the lawsuit, “While underage, Paul Murdaugh often drank drunk and was known to drive family vehicles, including boats, while under the influence of alcohol.” The Murdaugh’s are in the picture

But according to Murdaugh’s lawyers, the suggestion that such evidence was found on their client is “ridiculous” and should not be taken to court.

Last week, DailyMail.com spoke to Murdaugh’s only surviving heir, Richard “Buster” Alexander, 26, at the home he shares with his girlfriend in Hilton Head Island, South Carolina.

Buster gave the first insight into his mindset and angrily rejected the suggestion that he was “supporting his father.” He said he didn’t want to see that written anywhere.

The disgraced ex-lawyer faces a total of 98 criminal charges. Four are related to the murders of his wife and son. Some to a failed “suicide for rent plot,” staged in an attempt to get Buster to claim he has a $10 million life insurance policy.

The rest is for money laundering, fraud and embezzlement, as he allegedly drained $8.5 million in unpaid civil settlements as a partner in the family’s law firm in Hampton.