Prince and Princess of Wales on Newsbeat 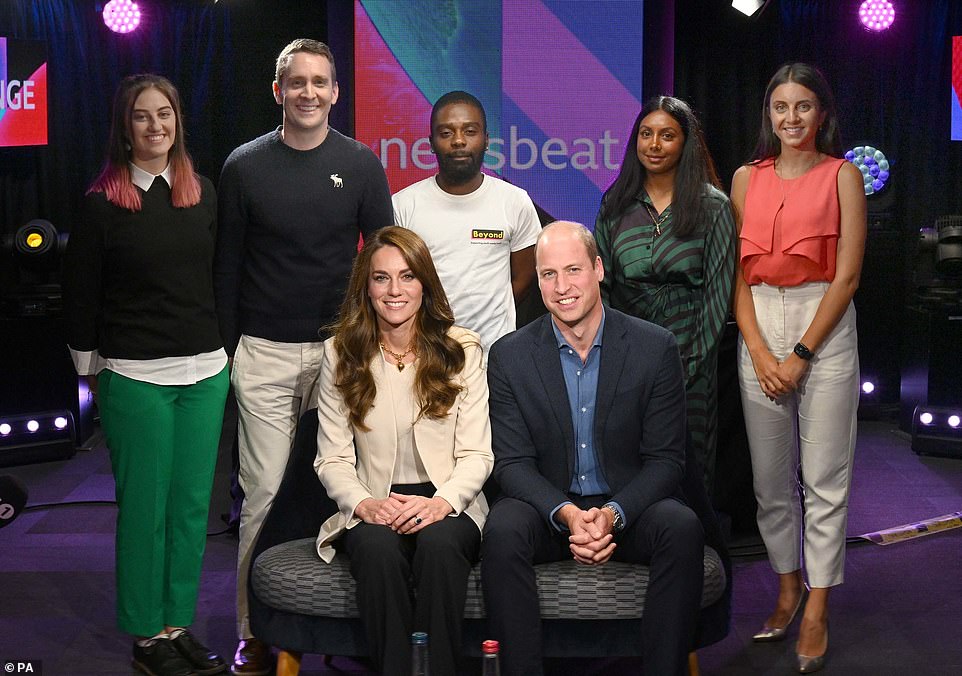 Prince William has spoken of ‘living life and something changes a lot and you have no experience to handle it’ during a taped talk with his wife Kate Middleton about mental health for BBC Radio 1.

The Prince of Wales appeared to refer to the death of his mother Princess Diana in 1997 and the recent deterioration of his relationship with brother Prince Harry during the discussion for World Mental Health Day.

The Prince and Princess of Wales spoke about the importance of mental health in the specially recorded Newsbeat show, which will be broadcast on Radio 1, Radio 1Xtra and the Asian Network this afternoon at 12.45pm.

In a clip released before the broadcast – which will be repeated at 5.45 pm on Radio 1 and 1Xtra – the royal couple spoke about the mental health of young people with Newsbeat presenter Pria Rai and numerous advocates and experts.

William, 40, said: ‘A lot of the work we’ve done in the field of mental health and listening to a lot of people talk about it, everyone likes a toolbox, especially men. A toolbox is a pretty useful analogy for the type of use. Many people only realize what they need when it actually comes along. You can live one life for one minute and something huge changes and you realize you don’t necessarily have the tools or the experience to handle that.” 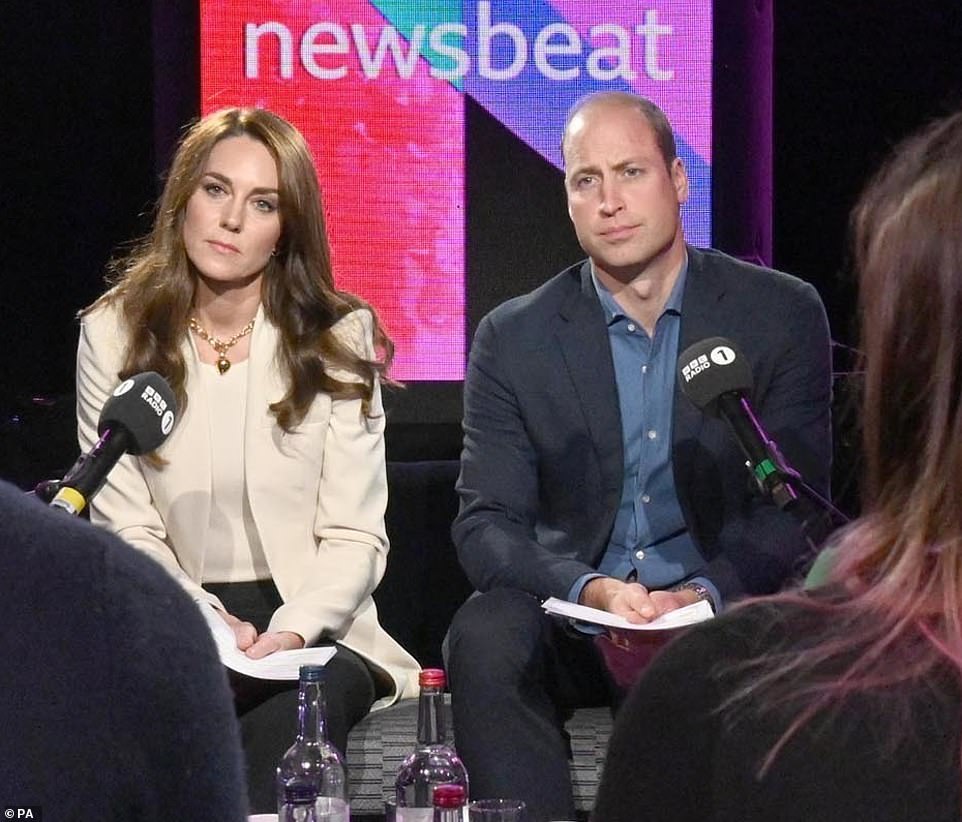 dr. Abigail Miranda, an educational and child psychologist who worked in the early years, replies, ‘Having, I think, communication in your toolbox would be key and I suppose part of the myth-breaking around attachment.

“We now know from studies that basically any parent who spends a significant amount of time — or any caregiver — with the child will also form similar attachments and have those similar patterns as well.”

Kate says she would like to know how the contributors take care of their own mental health.

Antonio Ferreira, a mental health activist who was diagnosed with undifferentiated schizophrenia and an emotionally unstable personality disorder as a teenager, answers, “That’s a big question.

The Princess of Wales (pictured during the programme), dressed in a £49.99 recycled Zara blazer and a glitzy gold necklace, believed to be Laura Lombardi’s £234 Luisa necklace, told BBC Radio One listeners that ‘Newsbeat something different will sound’ on Tuesday

“I know every day won’t be roses and sunflowers, you know, I know some days I’ll have to push the clouds to see that sun again and, you know, I know you know when you’re having a bad day doesn’t mean it will be a bad week or a bad month.

“You know, you can’t always run from the problem, sometimes you really have to face them and overcome them and so, you know, with practice there’s progress, and that’s, I guess, in a nutshell how… it was a big question!’

Kate replies, ‘There is no right or wrong, it is.

Mr. Ferreira says, ‘That’s it, yes,’ and Kate adds, ‘Different methods, different possibilities that also arise to help you as best as possible.’

Ben Cowley, a music therapist and assistant mental health counselor for the Royal Welsh College of Music and Drama, and Emma Hardwell, a youth participation officer at The Mix, who provide mental health support to young people under 25, also took part in the discussion .

Aled Haydn Jones, head of BBC Radio One, said: ‘What was discussed today will resonate with so many of our listeners and it means so much to us that we can all work together to tackle the stigma surrounding this issue.’

Danielle Dwyer, editor of BBC Radio One’s Newsbeat, added: ‘Talking about mental wellbeing without stigma or judgment is so important and it’s great to welcome the Prince and Princess of Wales to our reporting team today, to join us in such a vital conversation.’

Rai said, “People don’t just turn to us to get the news, but to openly and honestly share how they’re feeling.

“That’s humble, to be a familiar part of people’s lives, enough to text us about feeling lonely or losing a loved one.

“We have complete strangers who talk to each other on the radio and quickly feel like familiar friends, and that’s a really important, uplifting part of what we do.”

The program will be broadcast today at 12.45pm on BBC Radio 1, Radio 1Xtra and the Asian Network. It will be rebroadcast on Radio 1 and Radio 1Xtra at 5:45pm and will be available on BBC Sounds from 2pm.