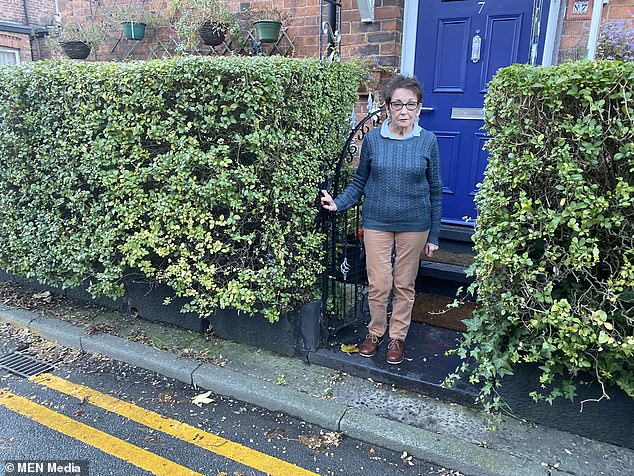 A retiree was “trapped” in her home after cars were parked in a bay that straddled her front gate.

Carol Tabere, 75, said parking a few inches from her front gate meant vehicles would prevent her from getting out of her home in Withington, Manchester.

In addition, a lack of pavement immediately outside her home prevented her from leaving the Hill Street property to walk her dog or go to the shops.

Ms Tabere said the car park has now been painted over with double yellow lines, after she complained to Manchester City Council.

Carol Tabere, 75, said parking a few inches from her front gate meant vehicles would prevent her from leaving her home in Withington, Manchester

The space was one of several bays introduced as part of the Christie Parking Scheme.

However, following feedback from residents, the more recent extension is now paused for review.

The council has also confirmed that the bay has been painted over with double yellow lines outside its home in recent weeks as part of “remediation work,” but previous photos show just how close cars had to park in front of its gate within the designated bay.

Ms Tabere, who suffers from angina pectoris and narcolepsy and can no longer drive, has expressed her annoyance at the plan.

The pensioner, who has lived in her home for 31 years, said: “I wasn’t pedantic and was just complaining but I don’t have a sidewalk outside my house so if there were cars parked there was no way I could get out . I was stuck.

“I told them (the council) to send someone to look. People came and parked and every time I opened my door I said ‘oh no not again’. I was constantly going out and putting notes on people’s cars asking them not to park there. I know it was a lined bay but common sense would tell you it’s just outside someone’s gate. 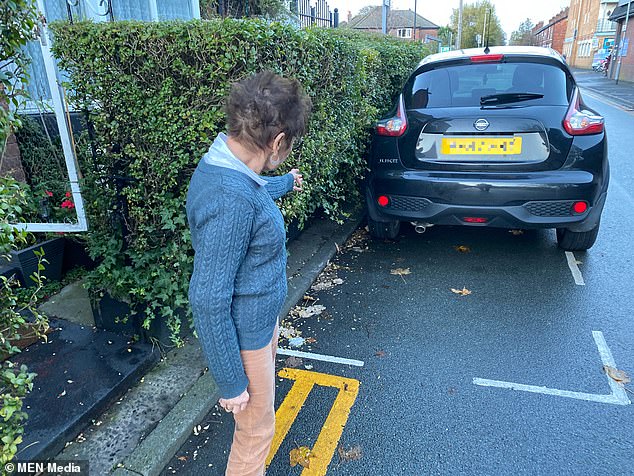 Ms Tabere said the car park has now been painted over with double yellow lines, after she complained to Manchester City Council

“My son had said if paramedics had to get into the house they wouldn’t be able to, or if the house caught fire I’d be trapped,” she told the Manchester Evening News.

The Residents’ Parking Zone (RPZ) was first implemented in 2015 to address the impact of parking on surrounding residential areas.

However, this caused displaced parking problems in the wider Withington area, coupled with the expansion staff and hospital visitor numbers, led to the expansion.

“People didn’t think they were doing anything wrong because it was a parking lot. I’ve had to tell people they’re blocking my path, and one guy even cursed at me when I asked him to move and called me an ‘old bastard,'” she added.

“There were days when I tried to go out with my dog, and then had to shuffle past the cars and drag him along the hedge. 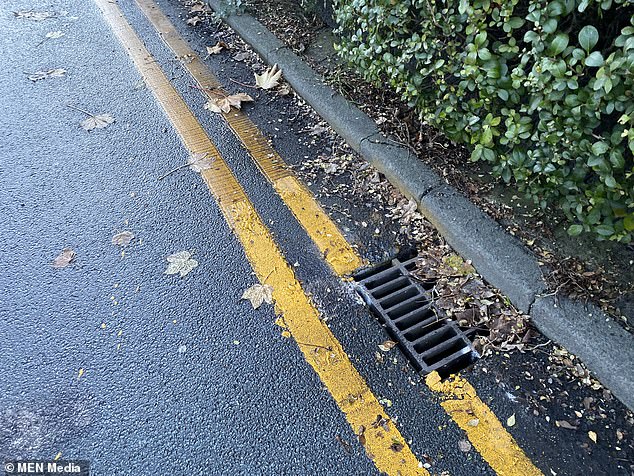 Despite having the bay window removed from her door, the bays ahead are still so close to her garden hedge, Carol says cars are now forced to scrape past her privets

‘The municipality could have placed the spaces on the other side of the road, where there is a sidewalk and no houses. But instead people come with their doors in my hedge.

“It was a nightmare, but when they removed the space, I was very happy because I could finally leave my house.”

Despite having the bay window removed from her door, the bays ahead are still so close to her garden hedge, Carol says cars are now forced to scrape past her privets.

A spokesman for Manchester City Council said: ‘Earlier this year, the council informed residents in the vicinity of the new Resident Parking Zone that its rollout was paused following community feedback.

“In this resident’s case, remedial work has been done to put double yellow lines in front of their property to prevent parking in the future.”

$4000 Centrelink boost for thousands of Australians