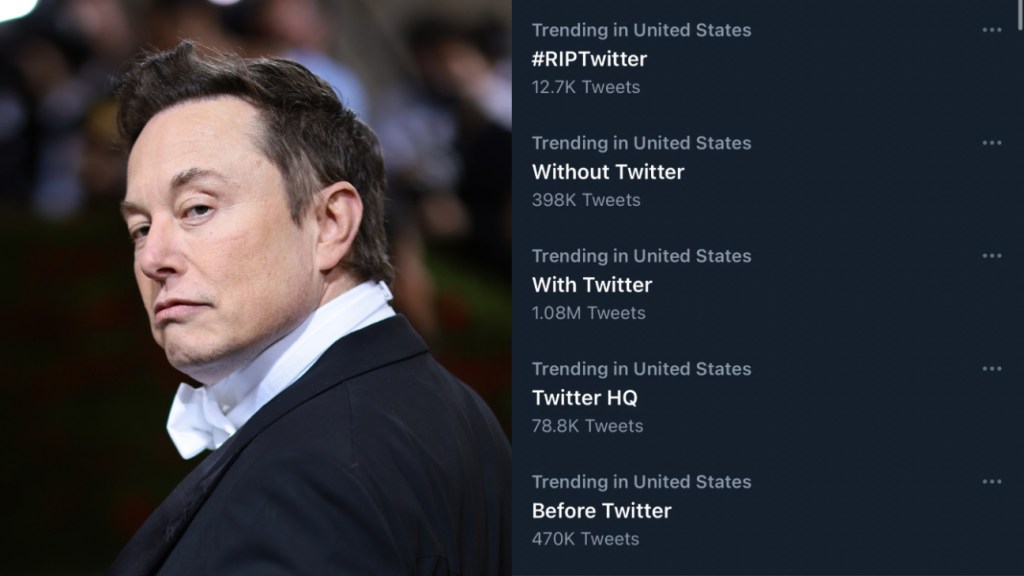 The end is near?

The drama surrounding Elon Musk’s chaotic reign of Twitter gained momentum Thursday night, as reports filtered out of an exodus of key personnel at the company, sparking genuine fears about the platform’s future viability.

Following his takeover of Twitter, Musk laid off more than half of the company’s 7,500 employees. There have been further layoffs since then, such as the Tesla chief arguing with staff on Twitter, and others voluntarily allowing the company to be put off by Musk’s management style. And on Thursday, more key employees left the company ahead of Musk’s “extremely hardcore” cultural reset of the company.

The edge reported that hundreds of Twitter employees resigned Thursday before a 5 p.m. ET deadline. The billionaire had sent an ultimatum to the remaining workforce to get on board with “Twitter 2.0,” which would allow employees to work longer hours. Employees had to answer “yes” to a Google form if they were in or out. Apparently, many system-critical employees preferred to be away. Of some key engineers leaving, The edge reported that the team that maintains Twitter’s core system libraries left the company Thursday.

In a thread, Fortune tech reporter Kylie Robison estimated that if the reports are true and 75 percent of the remaining staff left Twitter on Thursday, the total workforce would have fallen by 88 percent since Musk took over the company. Robison tweeted that the 25 percent who stayed on Twitter probably had a work visa and would therefore have a harder time finding a new job.

The grim news surrounding Twitter played out rather unusually in real time on the platform, and on Thursday many of the most popular terms in the US related to the site’s alleged demise. #RIPTwitter, #GoodbyeTwitter and many similar hashtags were trending, with users engaging in gallows humor and fond memories as they anticipated the lights going down.

Below is part of the viral response to Twitter exodus news on Thursday.