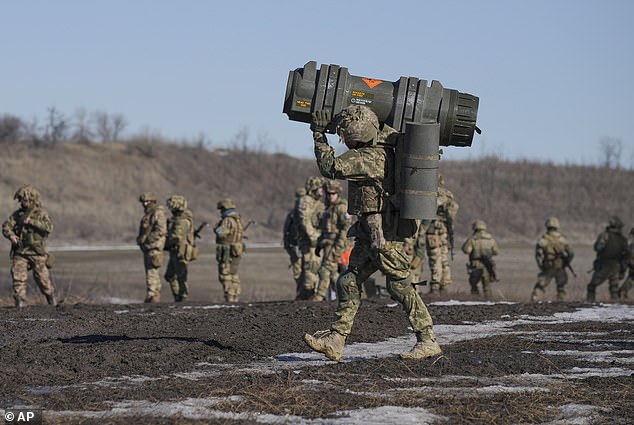 Russian parliament officials warned that countries that arm Ukraine with more powerful weapons risk their own destruction, leading to “a global catastrophe.”

The message followed Ukrainian supporters’ pledge on Friday to provide billions in military aid to the country, including armored vehicles, air defense systems and other equipment.

This did not include the main battle tanks Kiev had previously requested.

State Duma Chairman Vyacheslav Volodin said: “Delivery of offensive weapons to the Kiev regime would lead to a global catastrophe.” 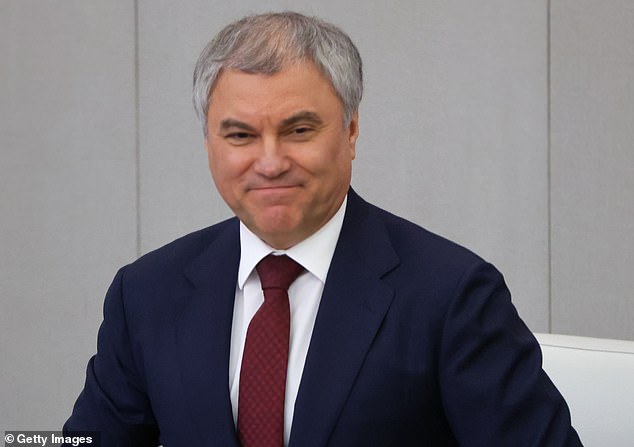 “If Washington and NATO provide weapons that could be used to capture peaceful cities and attempt to seize our territory, as they threaten to do, it would lead to retaliation with more powerful weapons.”

The pledges made on Friday were overshadowed by defense leaders failing to agree on Ukraine’s urgent request for German-made Leopard 2 main battle tanks at an international meeting in Ramstein, Germany.

Germany is one of the main arms donors to Ukraine and has ordered a review of its Leopard 2 stockpiles in preparation for a possible green light.

Despite this, the Berlin government has taken every step of caution in increasing its commitments to Ukraine, a hesitation seen as rooted in its history and political culture.

Meanwhile, French President Emmanuel Macron said on Sunday he would not rule out sending Leclerc main battle tanks to Ukraine and has asked his defense minister to “work on” the idea. 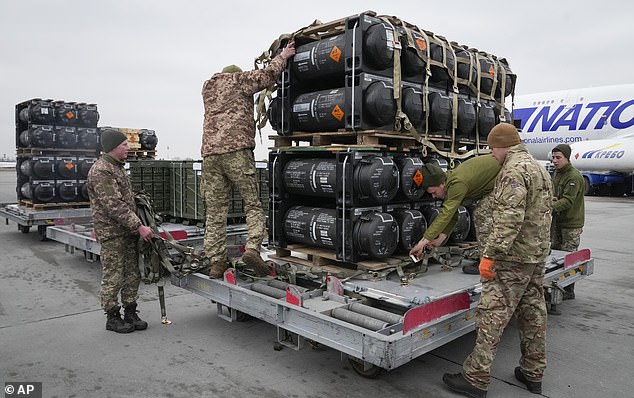 Mr Macron spoke to German Chancellor Olaf Scholz at a press conference in Paris as their countries commemorated the 60th anniversary of their friendship treaty after World War II.

In a joint statement, France and Germany pledged “unwavering” support to Ukraine.

France would make its refueling decision based on three criteria, Mr Macron said: that the equipment sharing did not lead to an escalation of the conflict, that it would provide efficient and workable assistance when training time was taken into account, and that it would not weaken France’s own army.

Scholz did not respond to inquiries about the Leopard 2 tanks on Sunday, but stressed that his country had already made significant military contributions to Ukraine. “The US is doing a lot, Germany is also doing a lot,” he said.

“We have continuously expanded our supplies with highly effective weapons that are already available today. And we have always coordinated all these decisions closely with our key allies and friends.” 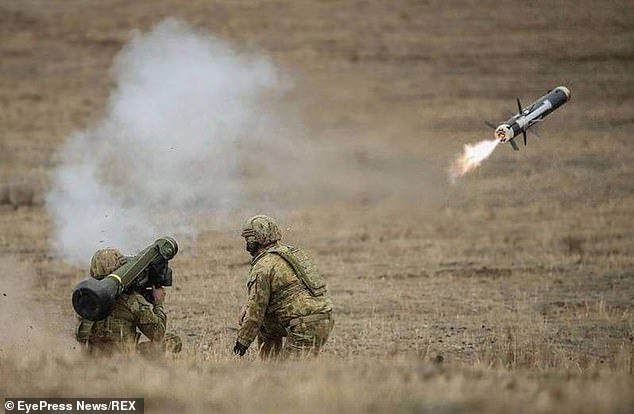 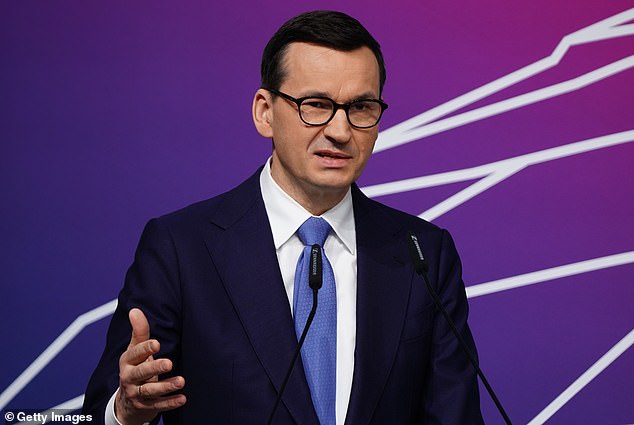 Polish Prime Minister Mateusz Morawiecki said that if Germany does not send Leopard tanks to Ukraine, his country would form a coalition of countries that would send theirs anyway

Germany’s caution has drawn heavy criticism, particularly from Poland and the Baltic states, countries on NATO’s eastern flank that have historically been controlled by Moscow and feel particularly threatened by Russia’s newfound territorial ambitions.

Polish Prime Minister Mateusz Morawiecki said that if Germany does not agree to transfer Leopard tanks to Ukraine, his country is ready to form a coalition of countries that would send theirs anyway.

“Almost a year has passed since the outbreak of war,” Morawiecki said in an interview published Sunday with the Polish state news agency PAP.

“Evidence of the war crimes committed by the Russian military can be seen on television and on YouTube. What else does Germany need to open its eyes and start acting in accordance with the potential of the German state? 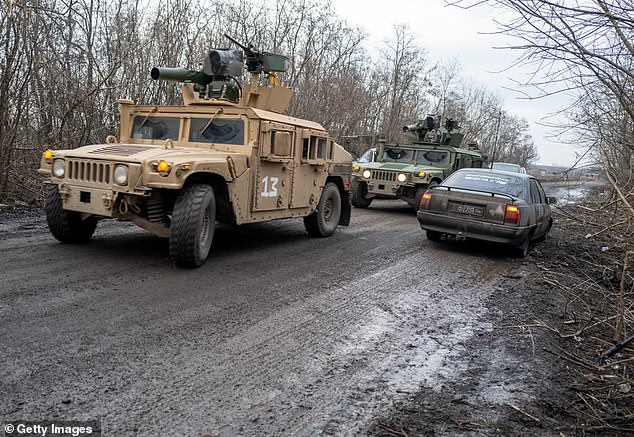 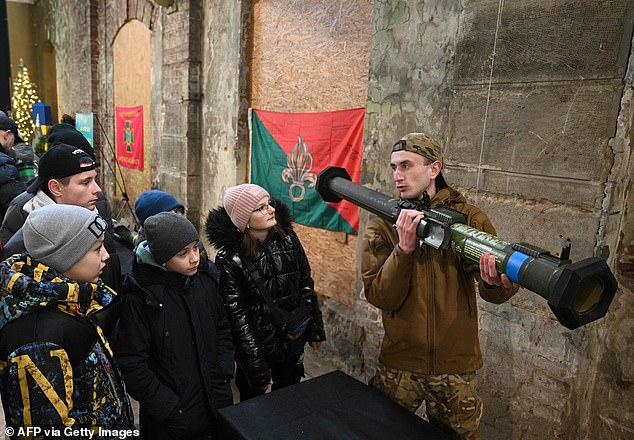 “Berlin must above all not weaken or sabotage the activities of other countries.”

In Washington, two senior lawmakers on Sunday urged the US to send some of its Abrams tanks to Ukraine in the interest of overcoming Germany’s reluctance to share its own, more capable Leopard 2 tanks.

“If we announced that we were giving an Abrams tank, just one, it would unleash the flood of tanks from Germany,” Michael McCaul, the Republican chairman of the House Foreign Affairs Committee, told ABC’s This Week On Sunday.

“What I hear is that Germany is waiting for us to take the lead.” Dmitry Medvedev, the deputy head of Russia’s Security Council, said the meeting in Ramstein “left no doubt that our enemies will try to wear us down or rather destroy us,” adding that “they have plenty of weapons.” in order to achieve the goal.

Medvedev, a former Russian president, warned on his messaging channel that Russia could try to form a military alliance with enemies of the United States.

He did not name the countries he had in mind, but Russia has defense cooperation with Iran and Venezuela, an existing military alliance with Belarus and strong ties with North Korea. 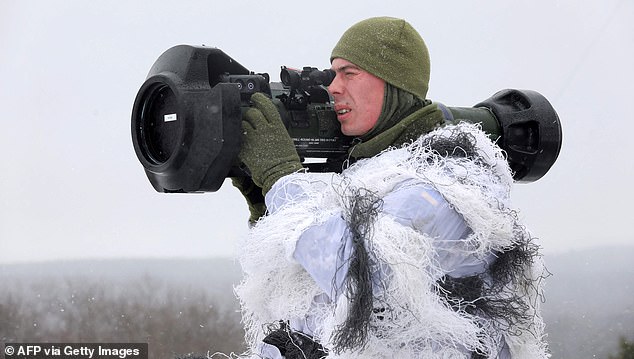 Since the invasion of Ukraine, Russia has expanded both scope and number of joint military exercises with China.

“In the event of a protracted conflict, a new military alliance will emerge that will include the nations fed up with the Americans and a pack of their neutered dogs,” Medvedev said.

Ukraine is asking for more weapons as it expects Russian forces to launch a new offensive in the spring.

Oleksii Danilov, the secretary of the Security and Defense Council of Ukraine, warned that Russia could try to intensify its attacks in the south and east and cut the supply channels of Western weapons, while capturing Kiev “remains the main dream” in the words of President Vladimir Putin. “fantasies,” he said. 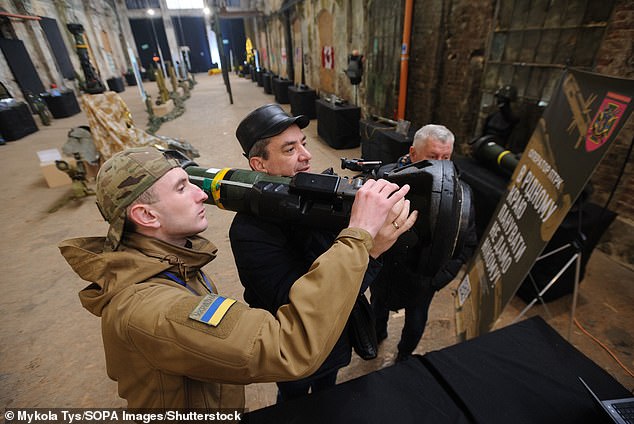 He described the Kremlin’s goal in the conflict as a “total and absolute genocide, a total war of annihilation.”

Among those calling for more guns for Ukraine was former British Prime Minister Boris Johnson, who made a surprise trip to Ukraine on Sunday.

“Now is the time to double down and give the Ukrainians all the tools they need to get the job done. The faster Putin fails, the better for Ukraine and for the whole world,” Johnson said in a statement.

Mr. Johnson was photographed in the city of Borodyanka in the Kiev region.

He said he had traveled to Ukraine at the invitation of President Volodymyr Zelensky.

Boris Johnson fears Brexit trade deal with Northern Ireland could be too many compromises, insiders say