Sundance: Anne Hathaway remembers being asked as a 16-year-old actress if she was “a good girl or a bad girl”? 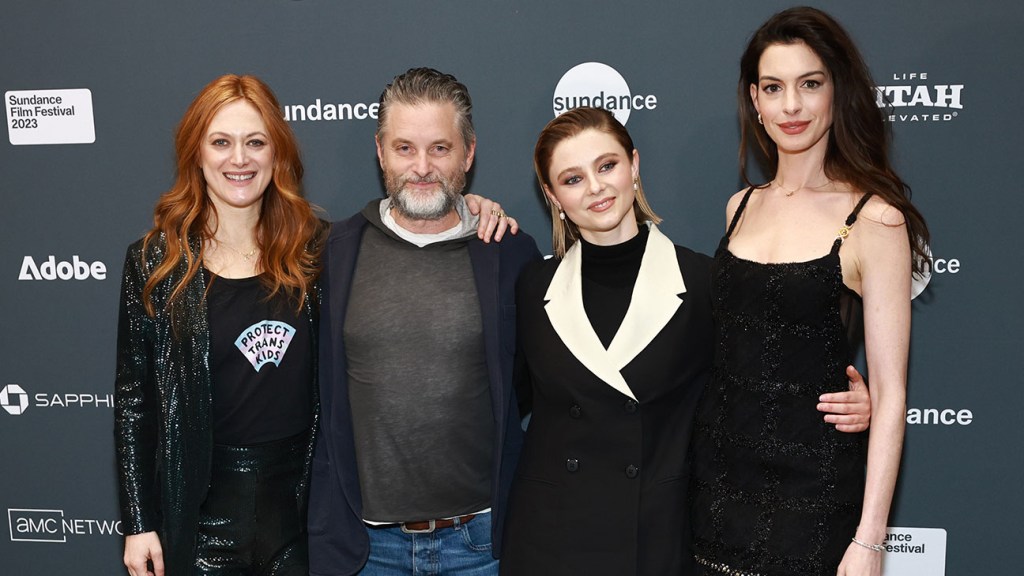 Anne Hathaway took the big stage at the Eccles Theater in Park City on Saturday night, taking the mic during a short Q&A session following the world premiere of her new film, Eileen.

After saying how honored she is to be in the cast of William Oldroyd’s film alongside Thomasin McKenzie, Shea Whigham, Marin Ireland and Owen Teague, the Oscar winner issued a polite apology if what she was about to say changed in ‘an annoying headline’.

Hopefully she doesn’t mind too much that her comments have basically become a story, but what she said warranted some follow-up. Hathaway said her path to collaborating with Oldroyd started when she saw his 2016 period piece Lady Macbeth starring Florence Pugh. “I thought it was extraordinary work,” she continued. “I saw a study of female complications that touched me very, very deeply, and I felt like Will was a filmmaker who could be trusted to tell complicated stories, especially about women.”

His skill with that meant a lot to her, as Hathaway said she “just remembered one of the very first questions I was ever asked when I started acting, which meant, you know, when I had to do press was, ‘Are you a good girl or a bad girl?’ I was 16 and my 16 year old self wanted to respond with this movie. While I didn’t know that when I read the script, I think part of me was hoping for this exact moment.

Based on the book of the same name by Ottessa Moshfegh and edited by Luke Goebel, Eileen follows a peculiar young woman whose bleak life stretches into endless misery. In frigid 1960s Boston, Eileen (McKenzie) shuffles between her father’s emotional haunted house and the prison where she works with colleagues who banished her. When an intoxicated woman (Hathaway) joins the staff, Eileen is taken away. Just as the possibility of a saving friendship (or perhaps more) presents itself and a singular glimpse into Eileen’s darkness, her new confidant ensnares her in a shocking crime.

And what a moment that was. Audience members in the Eccles reported audible gasps as the film takes dark and unexpected turns. Initial reactions on Twitter have been overwhelmingly positive for the film, which is being distributed right here in Park City.

See below for reactions from inside tonight’s world premiere.