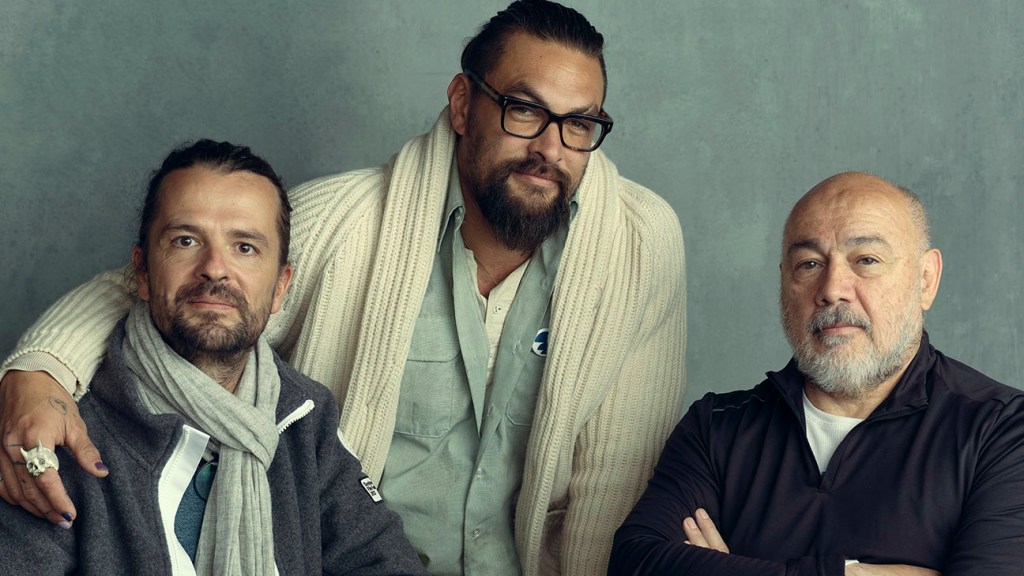 Sit inside The Hollywood Reporters Sundance Studio to promote its new documentary rising deep, Jason Momoa explained what drew him to the project and condemned the widespread use of single-use plastics and their harmful effect on the planet.

Matthieu Rytz’s film explores the extraction of metals from the ocean floor to power the electric battery industry. Momoa, who narrates the doc and serves as an executive producer, joined the project because of his passion for the subject. “I look at my family, I look at my family’s friends, I look at the kids, and I just want better,” he explains. “I took a vow five years ago to go after single use plastics because it kills me – I live a life of single use plastics. I travel. I live down the damn road. I’m on a plane and there’s a plastic bottle that’s a splash of water, and there’s three different types of plastic that we can never recycle.”

Momoa’s goal is to promote the use of aluminum bottles instead of plastic bottles: “I had to go upstairs for one thing. This is tangible to me. There was nothing like this. Now Dasani and the red and the blue man are making [aluminum bottles]. Good. If this doesn’t survive, at least we’ve changed something, at least you have a choice at the airport, instead of buying more plastic bullshit. As much as I like to disrupt, I like to kick up a bit of dust for the world and the environment.”

Deep Rising’s director Rytz and subject Dr. Sandor Mulsow were also on location The Hollywood Reporter Sundance Studio presented by Heineken Silver and Origin Spring Water. They made a fervent plea for the US to sign the United Nations Convention on the Law of the Sea, which establishes a legal framework for all marine activities, including the deep-sea mining that Soaring deep tackles.

How you see a green comet pass by Earth for the first time in 50,000 years

Barrett Strong, ‘Money’ singer who wrote Motown hits including ‘I…