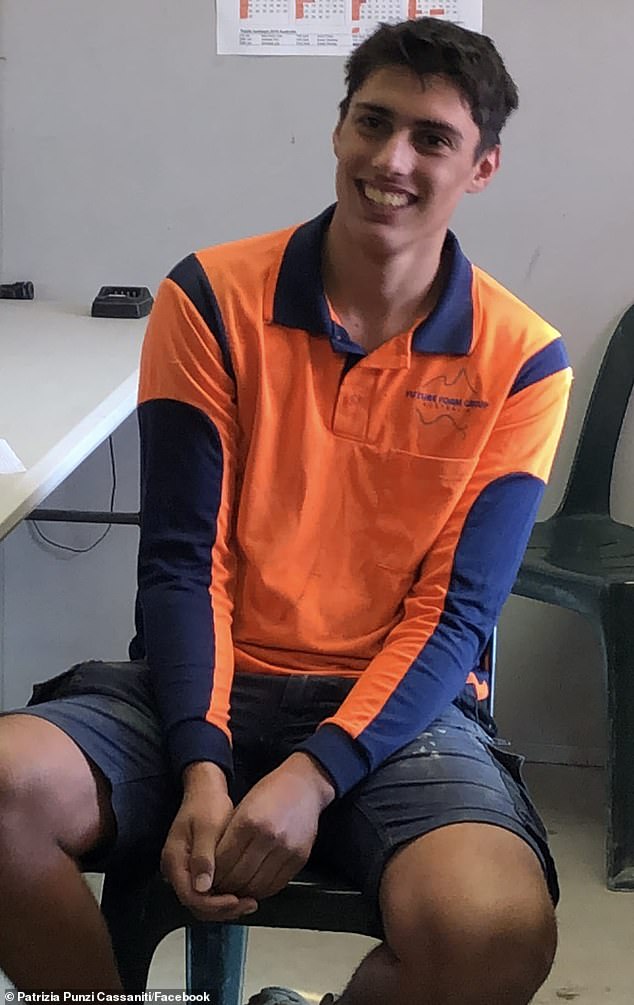 The heartbroken family of a teen Tradition who died at work said the $2 million fine handed to his former employer is “ridiculous.”

Christopher had skipped his lunch break and was working with his colleague Khaled Wehbe, 39, when 100 feet of scaffolding collapsed above them.

Footage shows workers at the site immediately running to the spot where the men were crushed and began struggling to clear the debris from them, while others shouted at police to “do something goddamn.”

Mr. Wehbe was seriously injured in the horrific collapse, but held Christopher’s hand and listened as he called for help and asked for his mother.

Synergy Scaffolding pleaded guilty to a Category 1 offense under NSW workplace safety laws in July after the scaffolding above Christopher and Mr Wehbe was found to be ‘grossly overloaded’.

The structure had a load capacity of 17,905 kg, but was only designed to support 675 kg, meaning it was almost 30 times heavier than its maximum capacity.

Christopher’s heartbroken parents, Rob and Patrizia, said the $2 million fine was “laughable” compared to their loss.

“It’s not a deterrent for any company — $2 million dollars for a major builder is nothing,” Ms. Cassaniti said. 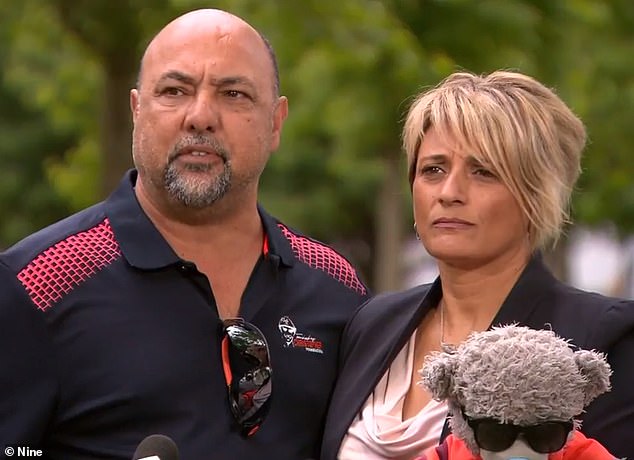 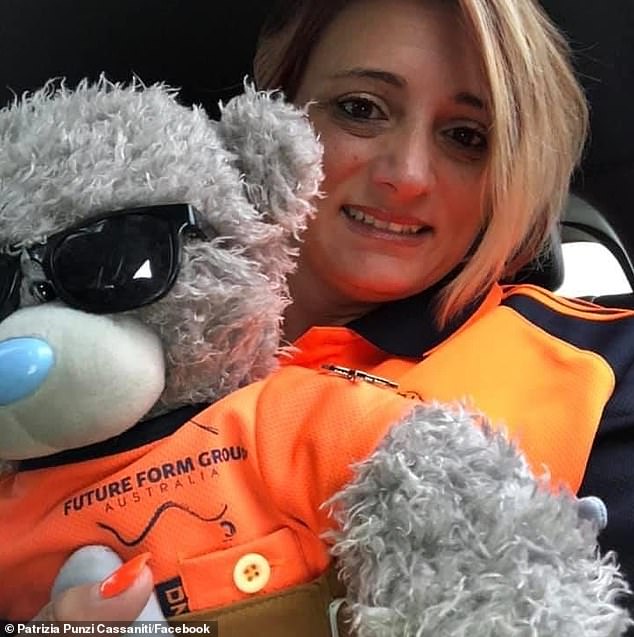 The Cassanitis are outspoken advocates for workplace safety and regularly attend seminars with a teddy bear containing their son’s ashes (pictured, Mr. Cassaniti with the bear)

“For us, going every day is like waking up and having to deal with it every day.

“When Christopher got his job, we were so proud of him, and when he turned 18.

“He was so excited that he had just reached his new milestone. To live in that life milestone for only days is just heartbreaking, because of someone’s complacent decision.”

The Cassanitis have been outspoken workers’ rights advocates since the tragic death of their son.

They regularly attend occupational health and safety seminars, armed with a traditional teddy bear containing Christopher’s ashes and the clothes he wore that day.

Mr and Mrs Cassaniti have called on NSW to introduce industrial manslaughter laws that would allow individuals to be prosecuted for deaths at work and increase maximum sentences. 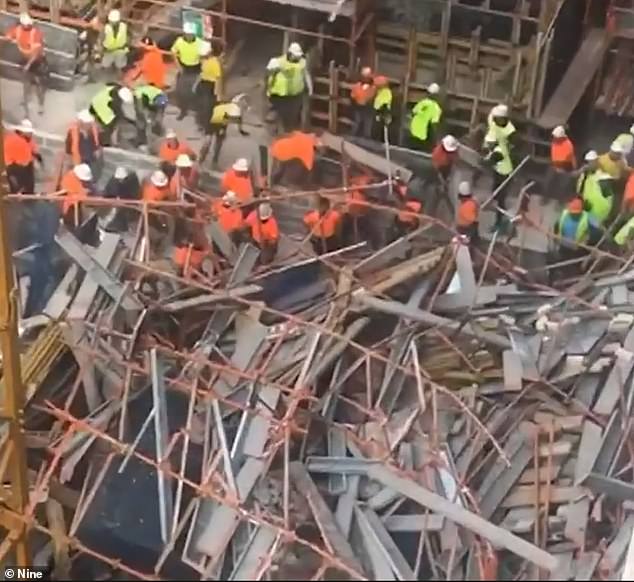 Footage of the collapse shows construction workers rushing to try and lift the rubble from Christopher and his colleague Khaled Wehbe (pictured, the site of the collapse) 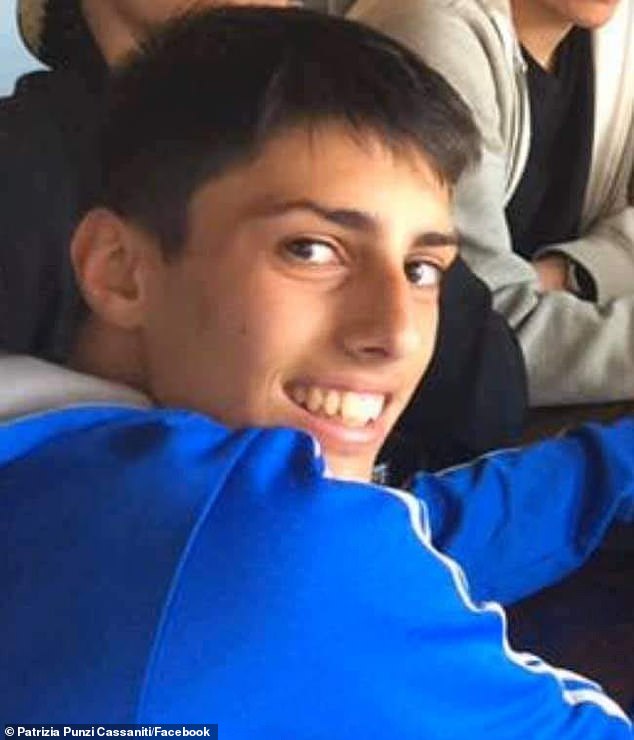 Christopher (above) had turned 18 just days before the scaffolding collapse that his employer, Synergy Scaffolding, knew a month before his death was “severely overweight”

They said their son – who celebrated his 18th birthday just days before his death – was a hard-working, kind and gentle young man.

NSW District Court Judge Andrew Scotting agreed, saying any employer should be happy to have such a “studious” man.

“This case should serve as a telling reminder that unsafe acts on a construction site can and will have catastrophic consequences,” Judge Scotting said Friday.

Judge Scotting added that the collapse was the result of a “climax of events” that put Synergy Scaffolding’s employees at risk of “significant danger.”

He also acknowledged that Mr Wehbe is still suffering from the trauma of his colleague’s collapse and death. 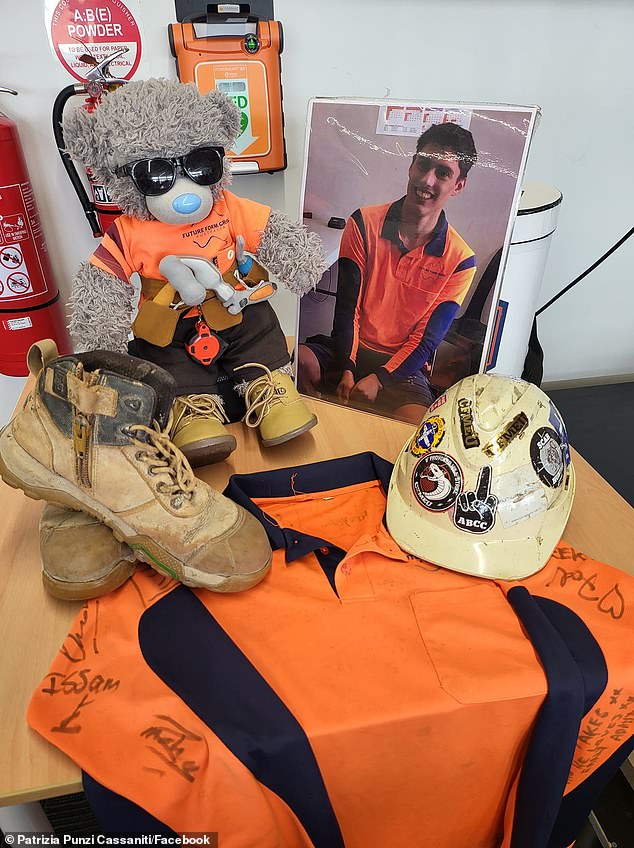 Synergy Scaffolding was fined $900,000 in 2020 after the court heard it knew unauthorized changes were being made to the scaffolding at the construction site but did little to improve safety conditions.

Judge Scotting said at the time that the steps the company took were “simple and cheap.”

He also found that Synergy Scaffolding also knew in March 2019, a month before Christopher’s death, that the jetty was “grossly overloaded.”

The construction company was fined $2 million after receiving a 10 percent reduced sentence for pleading guilty.