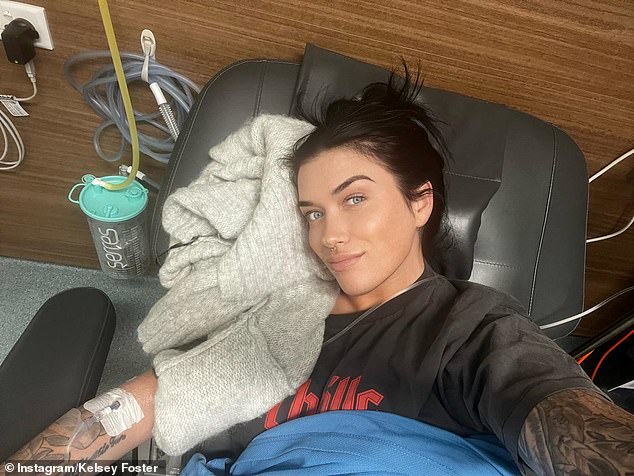 A glamorous tourist has warned Australians to get travel insurance before visiting Bali after she was hospitalized and racked up thousands of dollars in medical bills.

Kelsey Foster, 28, was enjoying the trip of a lifetime when she tore a ligament in her ankle after slipping on a tile in Bali’s infamous Legion Street shopping district.

“I slipped on the tile and broke my ankle under me,” she explained.

Shortly after the accident, Mrs. Foster decided to get a huge tattoo on her leg.

“Then I got a 12-hour sitting tattoo on my leg, thinking it was just a sprain. Now I’m out of my mind for months. 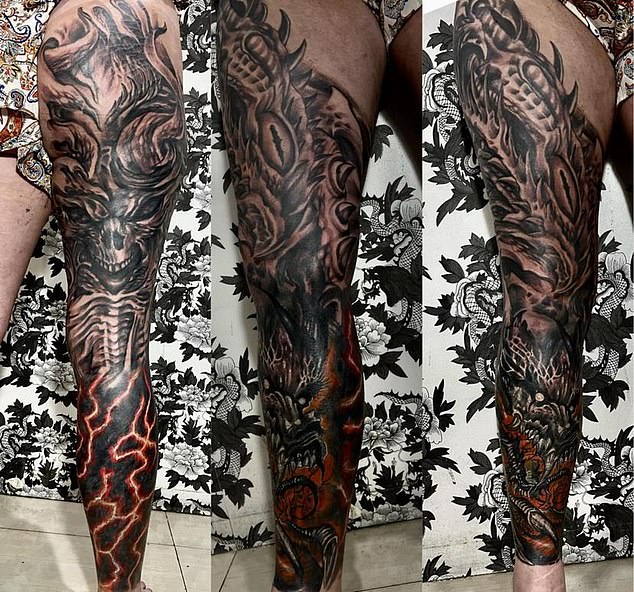 Ms Foster got a large leg tattoo, which lasted 12 hours, after her fall in Bali.

“I’m having trouble staying awake. I’ve never felt such pain,” she said. “The worst thing about this pain is being told I can’t take pain medication because it masks the possible outcome that I could get blood clots. Sitting in excruciating pain is debilitating.”

Fortunately, Mrs. Foster had taken out travel insurance at the last minute before her trip.

“I got an emergency flight home, business class back to Australia, the tickets alone were over $4000 + over $1000 in meds and scans for me in Indonesia,” she explained.

‘The [insurance company] were on top of it and so helpful. They called me several times a day to make sure everything was okay and everything was in place. They arranged wheelchair assistance, all our tickets and airport needs and medical expenses.’ 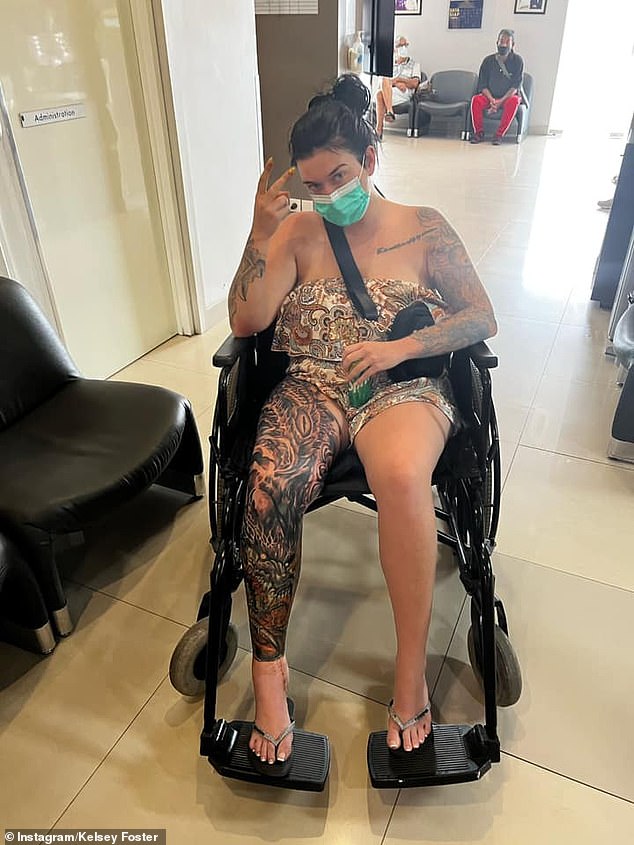 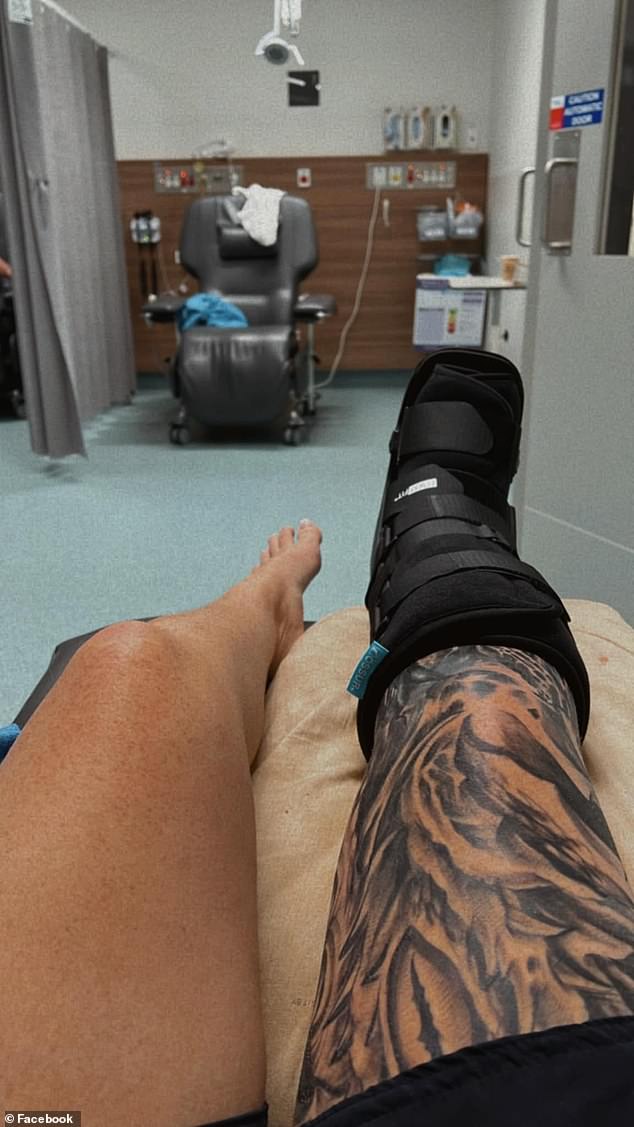 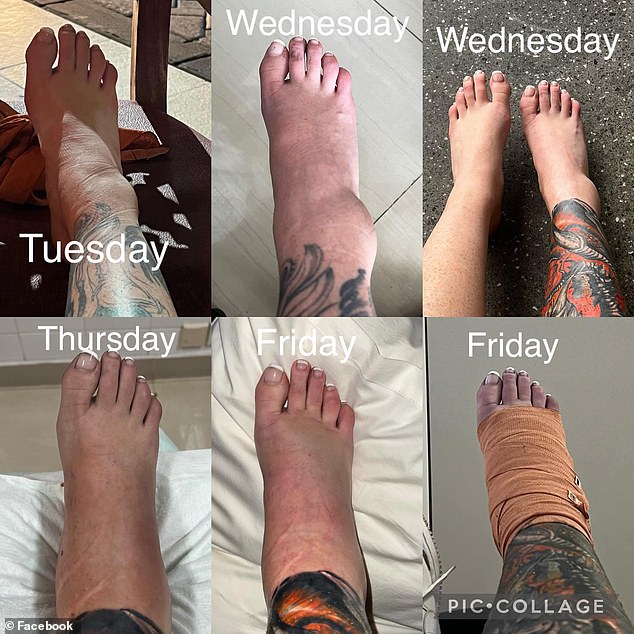 Kelsey Foster, 28, was enjoying the trip of a lifetime when she tore a ligament in her ankle after slipping on a tile in Bali’s infamous Legion Street shopping district

On Tuesday, after returning to Australia and visiting a hospital in New South Wales, Foster revealed the full extent of her injuries.

“Torn ankle ligament, fracture on the outside of the foot,” she said.

‘An ultrasound tomorrow to check for DVT (deep vein thrombosis) to make sure I can stay out of the hospital. I have trouble staying awake. I’ve never felt such pain.

“I think the past seven days, with everything that’s happened, has just drained me emotionally, mentally, and physically.”

“I cried hysterically for about 20 minutes,” she said.

Her leg tattoo did not respond well to the injury and had become extremely infected, leading some to speculate whether the tattoo parlor she frequented was unsanitary.

But Mrs. Foster insists it got infected because of the severity of her injury and the moon boot she had to wear.

“The tattoo was 100 percent perfect and clean (and) sterile etc. It’s the fact that my legs are severely traumatized (and) the skin isn’t healing, it makes it hard when a boot rubs constantly,” she said. wrote.

Just last week, Ms Foster was targeted by online trolls after she donated food to a children’s home in Bali.

Foster took time during her vacation to drop off essentials such as rice, noodles and cooking oil, as well as lollipops and stuffed animals. 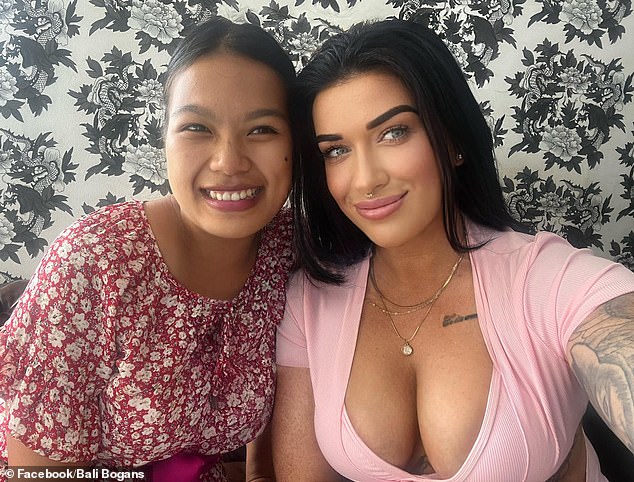 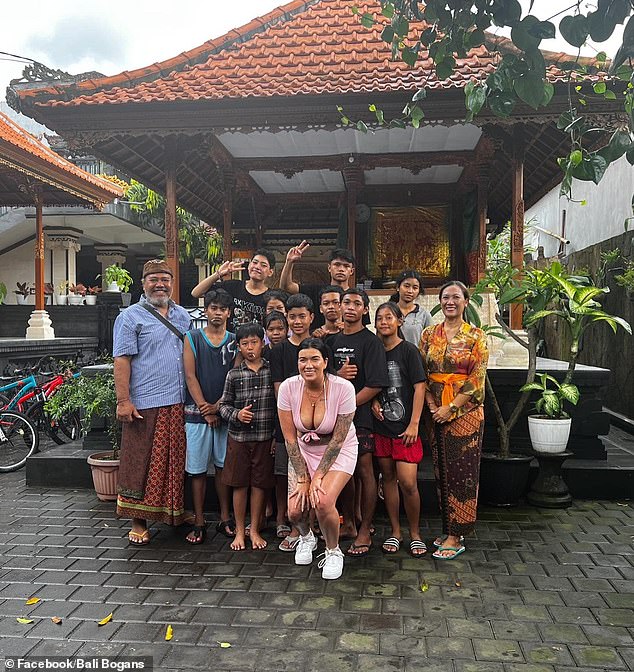 Harsh critics, however, focused more on Ms. Foster’s revealing outfit than her good deeds, accusing her of using the underprivileged children as a “photo op.”

But Ms Foster responded to the haters, saying she would never have received such criticism if she were a ‘middle-aged’ woman.

“People said I was disrespectful for not covering my skin and that I did it for social media, but some really rude people said I didn’t really mean it or did it for the kids,” she told Yahoo! News.

“I guarantee if I were a middle-aged man or woman there would be no fuss. That’s because I’m a woman and my breasts are big and not easy to hide.’

“The driver and I checked that it was okay to wear swimsuits and they said yes and invited us to come in.

“The kids didn’t care what I was wearing. They had the biggest smiles seeing all the food and things I brought them.’

The young woman, who has more than 7,000 followers on Facebook, now wants to use her social media followers to help people.

“It’s not a bad thing to remind people how to help others,” she said.

“If I was taking donations and not posting on social media to share with friends, I would have been labeled a scammer or something, so either way, you win some and lose some.”

Ms Foster explained that she wore a swimsuit to combat the 33C heat and humidity, but cruel commentators believed there was no excuse for being ‘inappropriately’ dressed. 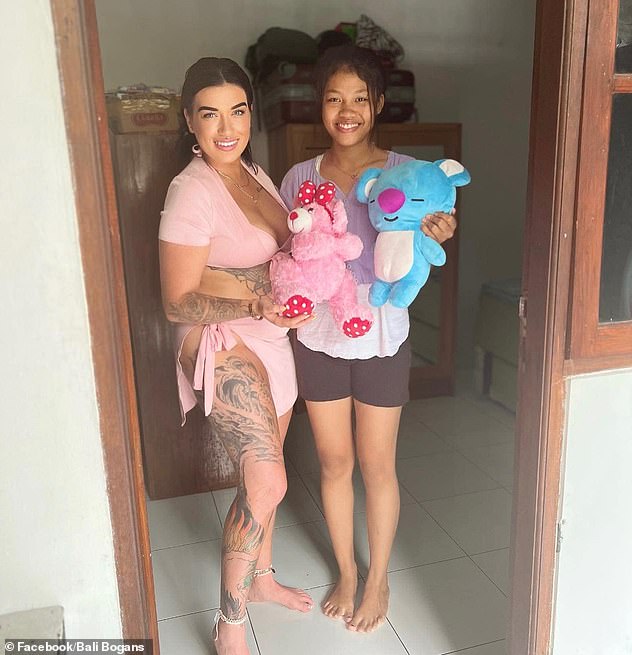 Mrs. Foster distributed lollipops and stuffed animals to the children at the orphanage and donated supplies such as cooking oil and rice (pictured, Mrs. Foster with one of the children) 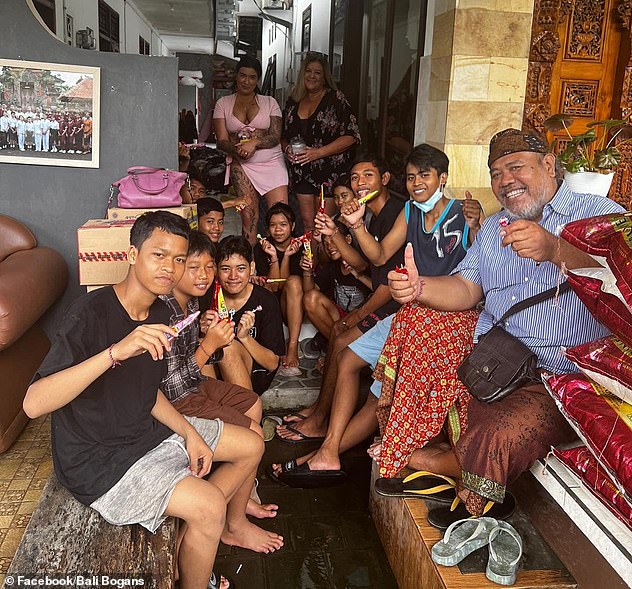 “Next time it would probably be much more respectful to keep your puppies in your clothes,” one wrote.

“It’s not something that kids should experience at a young age.”

Another social media user accused Ms. Foster of not properly investigating the orphanage and verifying that it was not a facility that abuses children.

‘I don’t hate anyone. I’m just saying that tourists to Bali should take more responsibility for how they help children,” they wrote.

‘Charities must be transparent and responsible about their way of working.

“I understand that the poster meant well, but this is not a good example of how we can help children in need.”

However, other commentators were quick to defend Ms. Foster.

“That’s so beautiful,” one wrote. “Doesn’t matter what you wear. That’s not what the post is about beeps. God bless you.’ 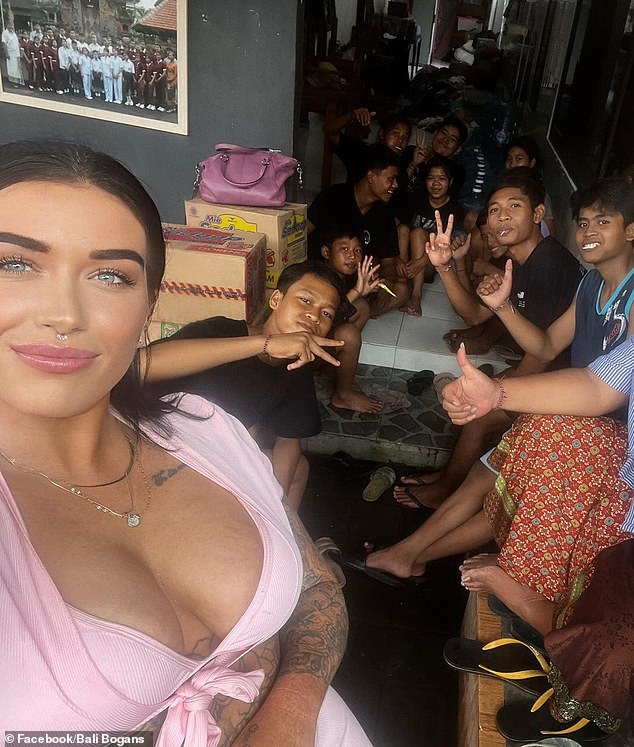