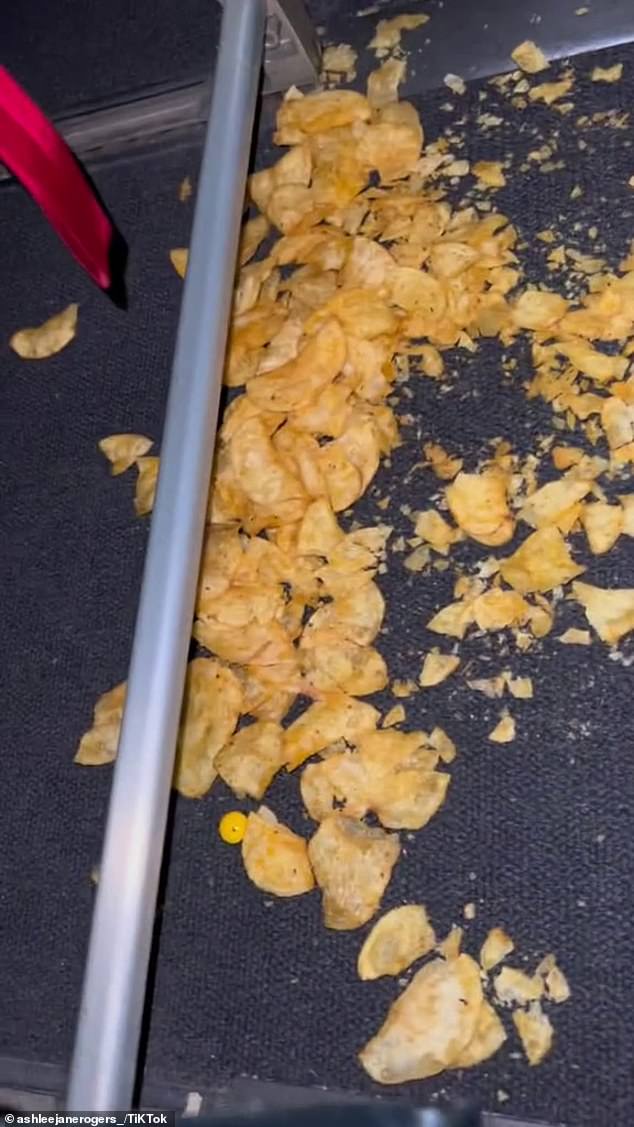 A flight attendant has shown how disgusting an airplane can be when it’s full of teenagers celebrating the end of their education.

Virgin Australia flight attendant Ashlee Rogers filmed the inside of a plane she was caring for after it headed for the Gold Coast on the same day the city of Queensland welcomed thousands of teenagers starting their Schoolies graduation week.

The video, posted on TikTok, showed a huge pile of crushed chips left under a chair, with the entire bag seemingly emptied all over the carpet.

“Could have just said they didn’t want the chips,” Ms. Rogers wrote after sharing the video.

It’s not the first time Ms. Rogers has dragged passengers along for leaving planes destroyed.

Similar disgusting scenes were seen on another Virgin flight to the Gold Coast last month.

The earlier video, filmed by the flight attendant, showed the plane’s aisle covered in crumbs and broken cookies carelessly tossed on the floor by passengers.

Even the chairs were covered in food, with red powder sprinkled over a chair. 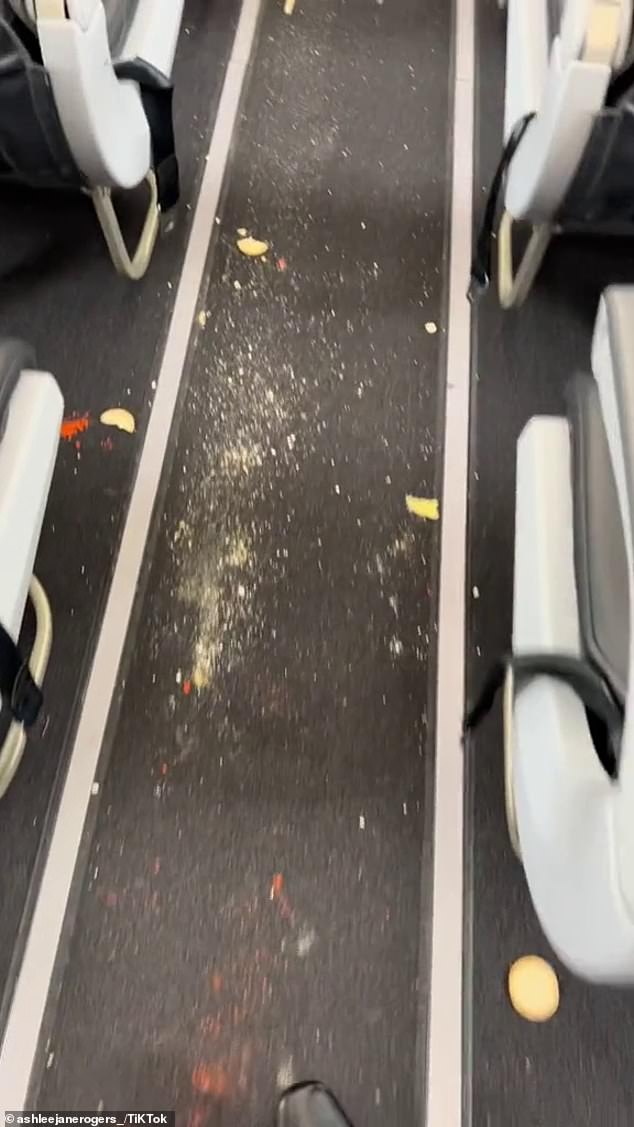 A sheet of stickers was seen torn up, with Mrs. Rogers revealing that a child had taped them to the bottom of the bathroom floor.

She said the unusually messy plane was due to the recent school holiday period.

Ms Rogers said cabin crew had to clear the plane after the passengers disembarked, and that even a vacuum wasn’t strong enough to clear it.

It is the responsibility of Virgin Australia cabin crew to clean the aircraft between flights during the day, while cleaners usually look after the aircraft at night. 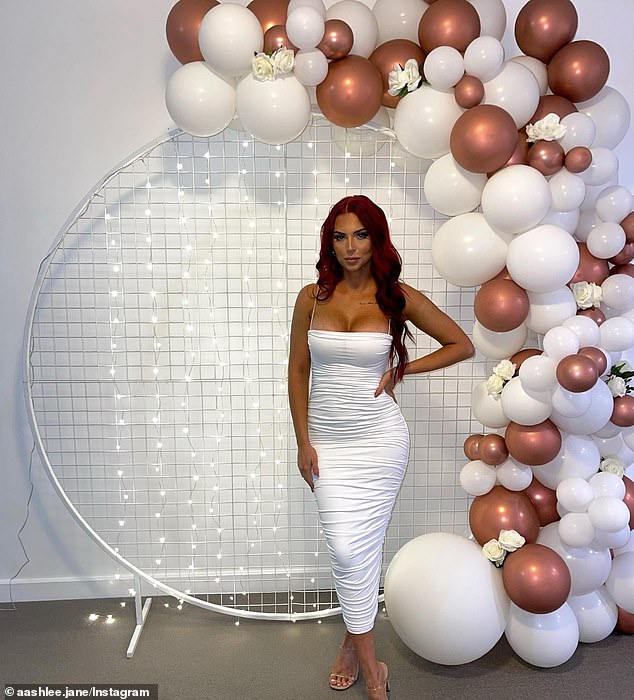 Ms Rogers (pictured) said cabin crew had to clean up the plane after passengers disembarked, and that even a vacuum wasn’t strong enough to clean it up