Wake up, go bankrupt! California warns that the state budget will plunge $25 billion into the red by 2023 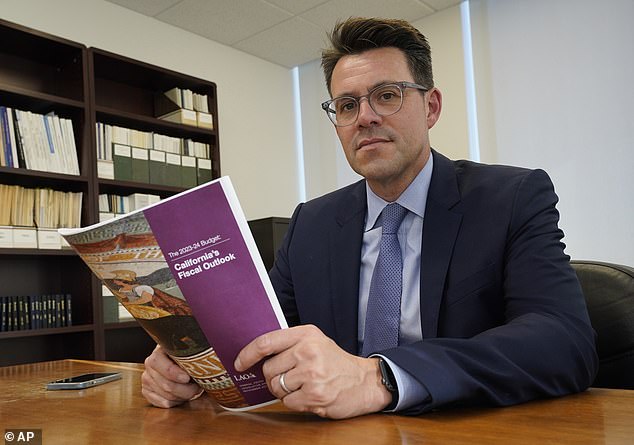 After two years of budget surplus, the state of California is likely to face a $25 billion budget deficit next year, mainly due to high inflation and a weakened economy.

The deficit projection for fiscal year 2023-2024 comes despite a projection in May that predicted a surplus of just under $100 billion for the current fiscal year.

The predicted shortfall comes from the impartial Legislative Analysts Bureau. Their report indicates that California may be heading for its weakest annual performance since the Great Recession.

The shortfall is mainly driven by a significant drop in income tax revenues and stock market declines, though the analysts noted that ongoing layoffs in the technology sector also contribute to the shortfall. 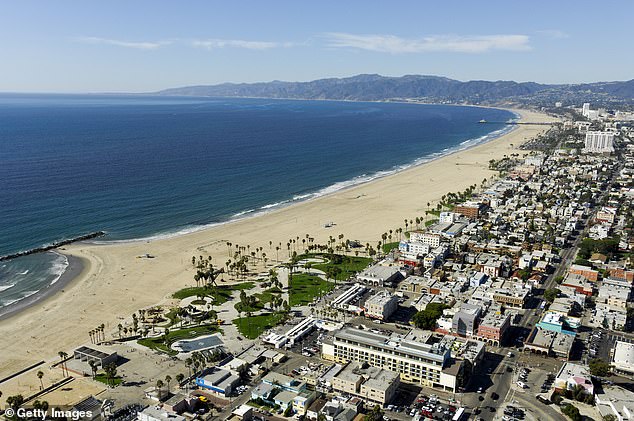 The significant decline in income tax revenues indicates that those in the state’s highest tax brackets are not earning as much as they used to.

The democratically controlled state has one of the highest tax rates in the country and has collected more taxes than expected in the past two years. Last year, the state raised $55 billion more than expected, which led in part to the $100 billion surplus.

Legislation analyst Gabriel Petek told reporters that he believes it is not yet time to panic, despite the impending deficit.

“It’s not insignificant, but it’s also manageable,” he said. “We don’t see this as a budget crisis, we just see it as a remarkable budget problem.”

In its coffers, California has about $37 billion in savings, about $23 billion of which is also available to lawmakers for next year’s budget. However, Petek’s office recommends saving that money for a more significant recession moment.

He said, “Based on historical experience, if a recession were imminent, revenues could be $30 billion to $50 billion less than our revenue expectation in the budget window.”

If that scenario were to materialize, the state would have to withdraw its rainy day fund.

At this point, the firm isn’t necessarily predicting a recession, but the threat of one is palpable. The longer high inflation rates persist, the more it looks like a severe national recession.

Petek’s office added that lawmakers can avoid being forced into cuts due to the deficit if they instead choose to pause or delay funding allocated to certain programs that are not yet in effect become.

He specifically pointed to some climate programs as an example of funding that could be delayed until revenues and thus the budget stabilize.

“We’re not saying they shouldn’t still be done, but it’s a matter of timing,” he said. “They could adjust the timing of the funding rollout to help manage budget pressures in the near term.” 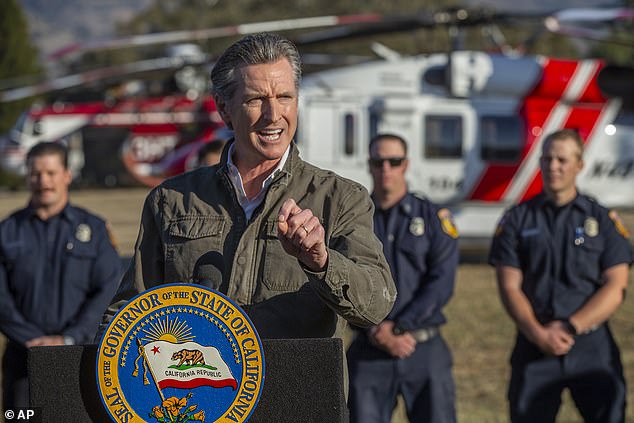 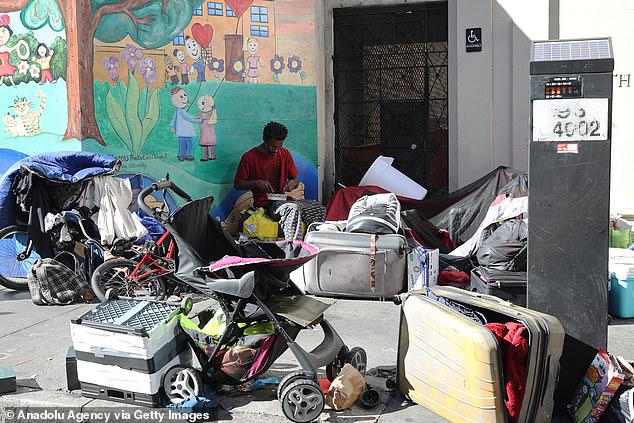 San Francisco’s Tenderloin are rife with homeless people, many of whom are drug addicts 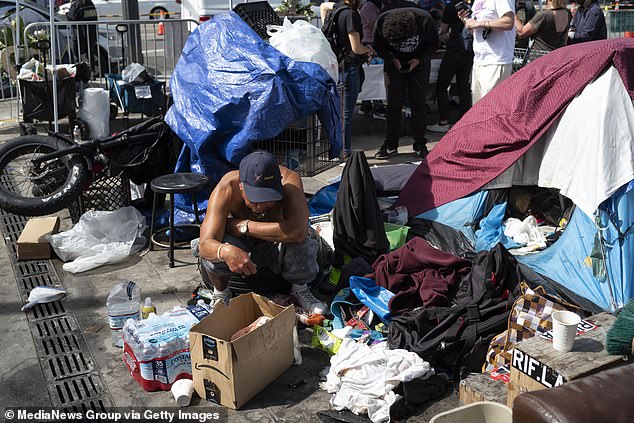 The greater Los Angeles area also continues to struggle with an ever-increasing homeless population. Even amid a budget surplus, the state’s homeless crisis continued to escalate

Governor Gavin Newsom will present a budget proposal in January outlining his priorities for the coming year.

The budget surplus over the past two years has been spent primarily on state education initiatives, the ongoing homelessness crisis in California’s major cities, and California’s illegal immigrant health care system.

The state also spent about $17 billion on an inflation relief package that offered middle- and low-income taxpayers discounts ranging from $200 to $1,050.

At the time, Newsom had said his priority was to help Californians who felt the pressure of inflation on their daily lives.