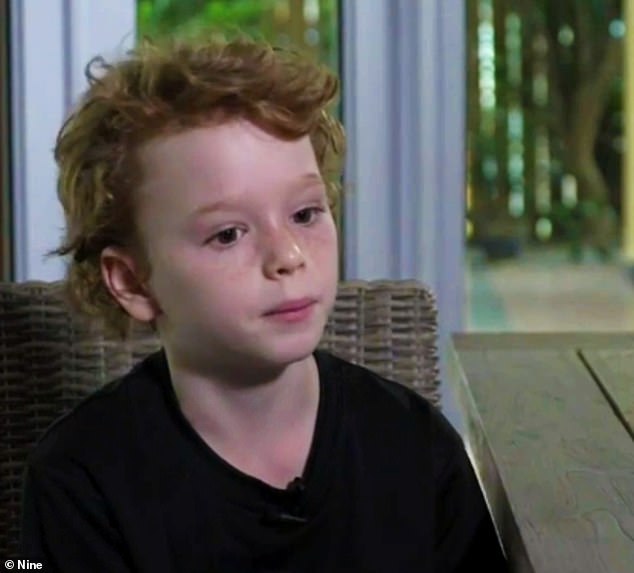 A young schoolboy who lost his battle with a rare melanoma not caused by sun exposure has been described as a “true warrior.”

Hayden Price, 10, from Queensland’s Sunshine Coast, was diagnosed with advanced melanoma in 2020.

In a Facebook post on Thursday, his mother Liza broke the devastating news: “Our brave little warrior left us Tuesday night (October 4). He will be sorely missed without words. How lucky we all had him.’

Hayden Price (pictured), 10, lost his battle with a rare melanoma not caused by sun exposure. He died on October 4 after the first diagnosis in 2020

Mrs. Price and husband Nathan had always made sure their son wore sun protection outside—and said he’d never been sunburnt.

They initially discovered a seemingly harmless skin tag on the back of his head and took him to the doctors, thinking it was just a superficial stain that could be easily removed.

“Every time he put on his hat or his helmet or his glasses it annoyed me so we went to the doctor and had it removed and we thought that was the end,” Ms Price told 9News.

“We were very shocked when the doctor called and said, ‘We’re sorry, we found cancer.'”

It was revealed that Hayden had a rare subtype of melanoma, which had already spread to his lymph nodes.

He was in a hurry operated on in Singapore, where the family was based, before being subsequently placed on an immunotherapy treatment to help his immune system fight cancer. 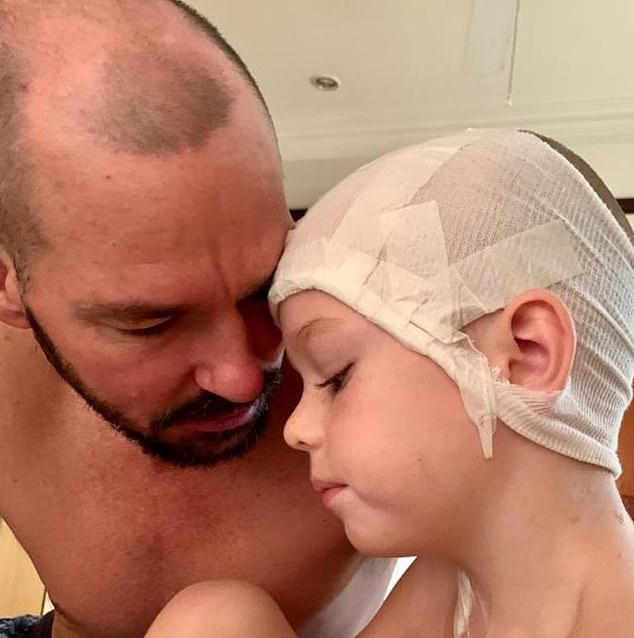 Hayden (pictured with father Nathan) was rushed to an operating room in Singapore, where the family was based, before receiving immunotherapy treatment

Last year, Hayden underwent scans that showed he was cancer-free, and the boy would be monitored regularly for the next five years.

After sharing the devastating news on Facebook of Hayden’s passing, Ms. Price received hundreds of tributes from friends, family and members of the public.

“Dear Liza and family, I am so sad and heartbroken to read about your beautiful, beautiful Hayden. Thinking of you all,” one user wrote.

Another said: ‘I am really devastated to read this news. What a sweet boy! My prayers and thoughts are with you all at this incomprehensible loss, you have given him a wonderful life full of love and adventure… Those memories will remain with you forever.”

“Our thoughts are with you all. A beautiful soul who will always watch over his family,” said a third.

A fourth said, “This is the most heartbreaking news, Liza. I’m very sorry for your loss. Hayden was a true warrior! You are all in our thoughts and prayers. I’m sending you all our love.’

There will be a special “celebrating the life of the beautiful Hayden” service for friends and relatives of the Price family at 4:30 p.m. Tuesday. 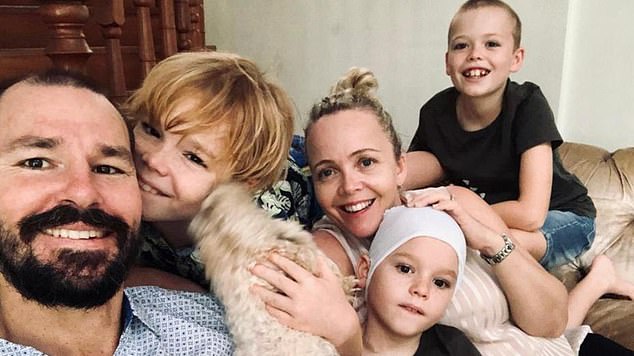 Australia and New Zealand have the highest rates of melanoma in the world, with one in 13 men and one in 22 women diagnosed before the age of 85, according to figures from the Australian Cancer Council.

While it’s usually associated with sun exposure, Professor Richard Scolyer of the Melanoma Institute of Australia said it’s not always the case.

“There’s a dangerous misconception that melanoma is only found in old people after years of sun worship — it’s not true,” he said.

About 15,000 Australians will be diagnosed with melanoma this year, or one every 30 minutes, according to the Melanoma Institute Australia.

Anyone can develop melanoma, but the risk is higher in people who have had unprotected sun exposure, a history of tanning and sunburn, more than 10 moles above the elbow and more than 100 on the body, pale, fair or freckled skin , and a strong family history of melanoma.

The appearance of melanoma varies widely from person to person, but the first sign is often a new spot or a change in the shape or texture of an existing mole.

Birthmarks can become increasingly blotchy with different shades of color – brown, black, red, white, pink and even blue – and can also increase in height, develop a scaly surface, itch and bleed.

What Are the Warning Signs of Melanoma?

The first five letters of the alphabet are a guide to help you recognize the warning signs of melanoma.

A stands for asymmetry. Most melanomas are asymmetrical. If you draw a line through the center of the lesion, the two halves will not match, so it will look different from a round to oval and symmetrical plain mole.

B stands for Border. Melanoma borders are usually uneven and may have scalloped or notched edges, while common moles tend to have smoother, more even edges.

C stands for Color. Multiple colors are a warning sign. While benign moles usually have a single shade of brown, a melanoma can be different shades of brown, tan, or black. As it grows, red, white, or blue may also appear.

D stands for Diameter or Dark. While it is ideal to detect a melanoma if it is small, it is a warning sign if a lesion is the size of a pencil eraser (about 6 mm or a quarter inch in diameter) or larger. Some experts say it’s also important to look for a lesion, regardless of size, that is darker than others. Rare, amelanotic melanomas are colorless.

E stands for Evolve. Any change in size, shape, color, or elevation of a spot on your skin, or any new symptom in it, such as bleeding, itching, or crusting, can be a warning sign of melanoma.